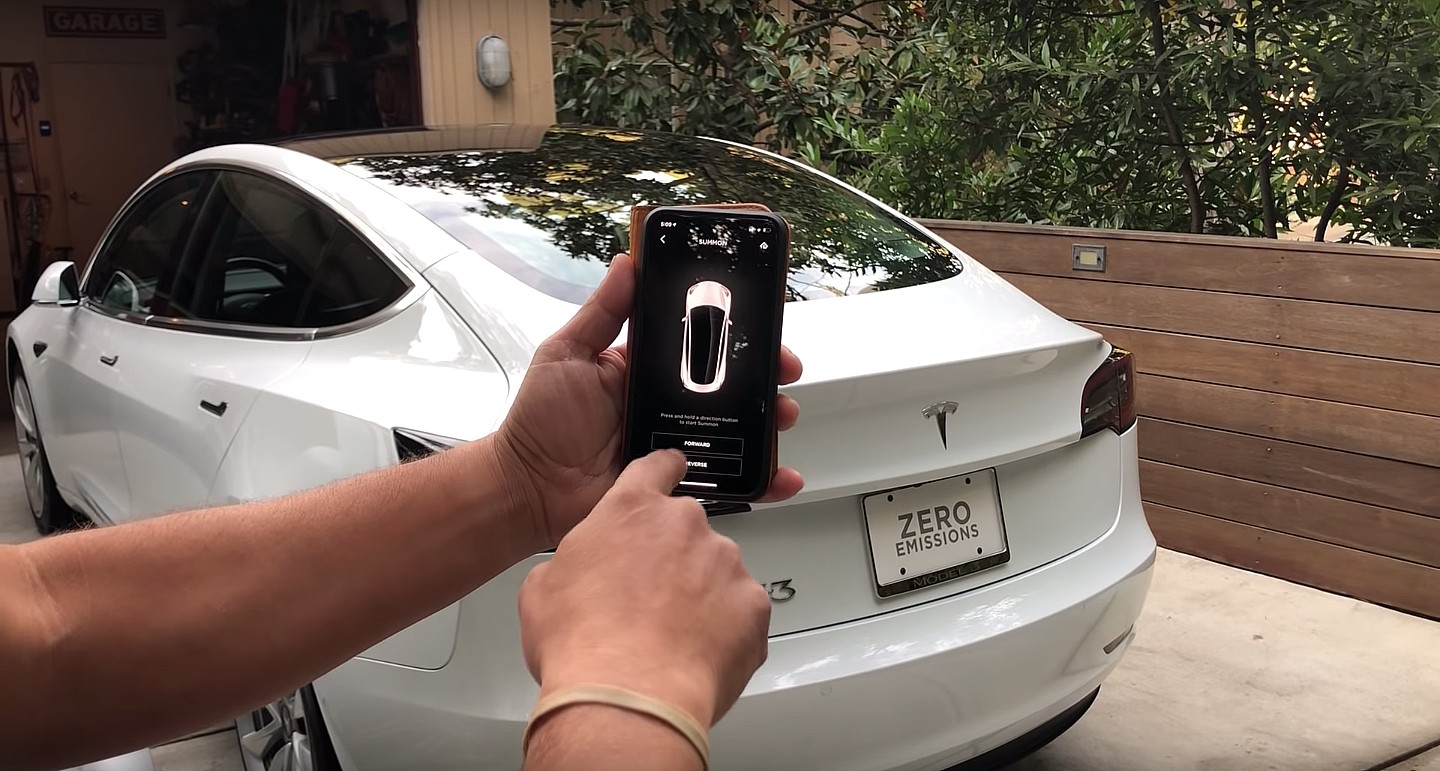 Tesla’s Smart Summon feature is one of the most notable Full Self-Driving (FSD) suite characteristics. While driving on public roads and highways with minimal interventions thanks to the newly released FSD Beta V9 is already wildly impressive due to the accuracy and incredibly confident nature it operates in, Summon is one feature that seems to capture the attention of most non-Tesla informed people more often than not. Although CEO Elon Musk said that Summon is “mostly just a fun trick” for now, improvements are coming that will make its nature more useful than a surefire way to impress people nearby.

“Current Summon is sometimes useful,” Musk said on Twitter this weekend, “but mostly just a fun trick.” Indeed, many Tesla owners have utilized Summon to bring their cars to them during torrential downpours or through tricky parking lots, and it’s quite impressive with its accuracy. However, the feature isn’t perfect. Some owners have indicated that there are definitely improvements that need to be unloaded into Summon before it becomes a mainstream and more frequently utilized way to get into a car without having to walk to it.

Current Summon is sometimes useful, but mostly just a fun trick. Once we move summon (plus highway driving) to a single FSD stack, it will be sublime.

In mid-July 2020, one owner said that Summon wasn’t effective on his driveway due to the excessive grade. The steep nature of the owner’s driveway wouldn’t allow Summon to operate properly, and Elon Musk said that the improvements would ultimately come from “upgrading Autopilot to 4D vs. ~2.5D, then it will go up very steep slopes.”

Musk maintains that the improvements to Summon will occur when the feature, along with highway driving functionalities, is switched to a single software stack. Currently, the two features operate on different stacks, likely because they are of a completely unrelated nature. Instead, it seems Tesla will merge multiple FSD functionalities into one stack, and Summon will depend on the Neural Network for improvements.

The switch from what Musk calls ~2.5D to 4D is the main focus of the new Dojo Supercomputer. Recently, Tesla’s Senior Director of Artificial Intelligence, Andrej Karpathy, detailed the Supercomputer that Tesla is utilizing to bring in the Dojo era. What is likely the most powerful computer globally, the massive system is utilized to handle large amounts of video, clean data, and diverse scenarios that make the suite well-rounded and more complex with every mile driven. Dojo is set to be released later this year, according to Tesla.

Summon, while definitely a fun feature, would be widely beneficial if it was more accurate and could operate in various scenarios, like on steeper grades. For example, Summon has been utilized by those in a wheelchair to back out their vehicle when parked in tight quarters. Additionally, Summon has been used to bring vehicles to the entrance of a grocery store to pick up a family. The feature has some serious potential moving forward. Still, Tesla realizes the improvements it has talked about are likely the bridge that will connect Summon from a ‘fun trick’ to a beneficial characteristic.