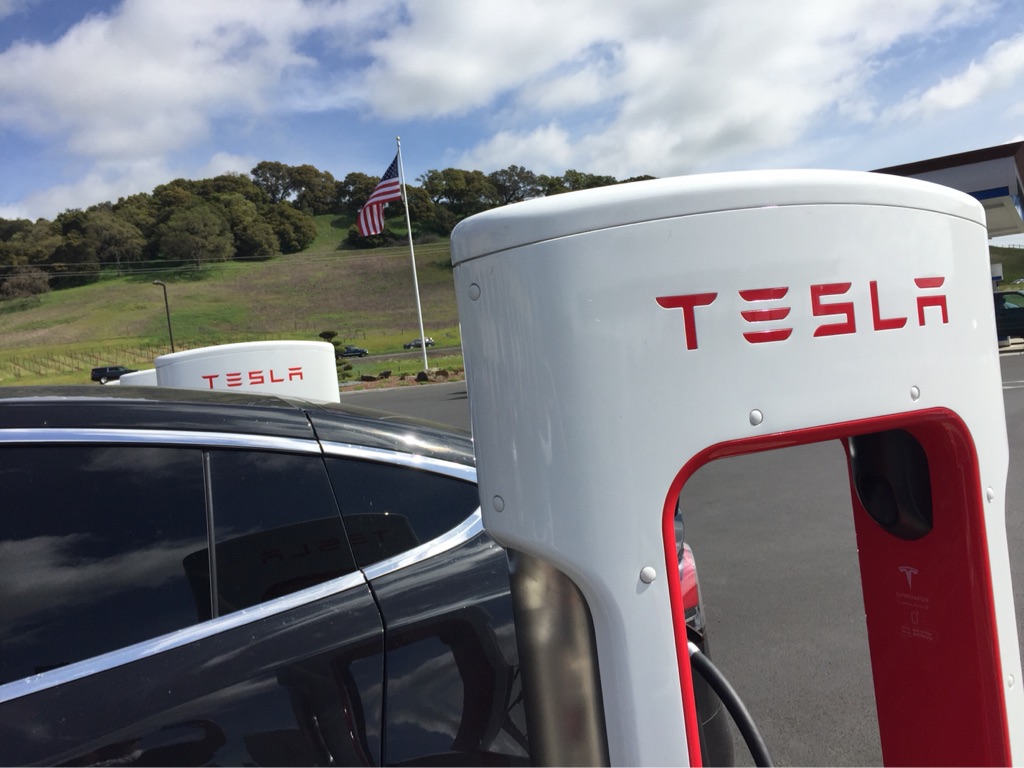 Tesla lost $773 million last year. Traditional U.S. automakers are financially healthy and consistently sell the vehicles they manufacture. Tesla CEO Elon Musk has acknowledged on Twitter that the company was “absurdly overvalued if based on the past.” So, what is the “past” in the world of automakers, and why is Tesla, a company that sells millions of vehicles less than other major U.S. automakers, surging ahead?

The answer lies in Tesla’s ability to identify that — contrary to prevailing political discourse about the need for coal, oil and natural gas industries — more and more people are ready to make the switch to electric vehicles. And Tesla has built its company assets around that vision for a better, more sustainable world that no longer relies on fossil fuels for transportation and energy.

Tesla stock is not based on the past

A stock is a “concrete representation of partial ownership of a publicly traded company,” according to Motley Fool.  A share in a stock represents the company’s big picture of revenue, earnings, cash flow, and shareholder’s equity, among other factors. Okay, Tesla’s Gigafactories outside Reno and in Buffalo have tangible book value with equipment, buildings, and land. But that’s not enough for the recent exceptional Tesla valuation. Tesla’s price-to-earning ratio, or how long a stock will take to pay back an investment, is quite uncertain. The company’s value seems to be hinged on a non-traditional investment perspective that Ford and GM are falling fast. It’s a result of a  common fear that their vehicle sales have hit their peak, that their once-stellar levels of production and return will never again be achieved. Moreover, Tesla benefits from a historical growth rate of the company’s earnings.

In other words, Tesla stock has soared in the past three years, up nearly 40 percent this year alone. Tesla, as Musk noted on Twitter, is all about “risk adjusted future cash flows.”

Electricity is our friend, and Tesla knows it

Electric vehicles offer many positive benefits as we attempt to alleviate the effects of global warming. They produce fewer greenhouse gasses when powered by plants that don’t produce greenhouse gasses. Better yet, EVs can be powered by decentralized power sources like the Tesla Powerwall for residences or the Tesla Powerpack for business energy independence or as a companion to existing utility power generation. A cleaner electric grid can contribute other environmental advantages like decreased consumption of water and less depletion of natural resources like steel and copper materials.

Electric vehicles are shaking up long-established industries at a much faster rate than anyone anticipated. Electricity mixes in North America are increasingly moving away from fossil fuel reliance and onto hydro and other renewable energies. We’re using energy more wisely with electric vehicles. There’s a significant reduction in the CO2 equivalent emissions from swapping a fossil-fuel powered car for an EV. Transport emissions comprise a statistically significant portion of the emissions that have contributed to anthropogenic climate change.

The folks at Tesla have been aware of the benefits of electricity-based transportation since the company’s inception.

Instead of moving toward technological innovations that could revolutionize the U.S. auto industry, the Big Three automakers lobbied the new Trump administration to reduce Corporate Average Fuel Economy targets of 50 miles per gallon by 2025. The move sent a stark message to a consumer base that is ready for a safe, reliable, fossil-free transportation future. Allegiances with the Trump administration sent signals that U.S. automakers are not ready with the necessary R&D to provide energy efficiency, alternative power, or autonomous driving. Tesla Superchargers with solar canopies framed by the beautiful mountains in Aosta, Italy

Meanwhile, every Tesla comes standard with adapters to plug into common household outlets. The company states that a Tesla owner can charge up to 52 miles of range per hour right from home by plugging in the Tesla “like a mobile phone.” Tesla supercharger stations are strategically placed to minimize stops during long distance travel. Conveniently located near restaurants, shopping centers, and WiFi hot spots, the company says that each station contains multiple Superchargers to help Tesla drivers get back on the road quickly.

As we wrote here at Teslarati after the U.S. presidential election in November, over the past 50 years, automobiles have been our freedom machines, a means of both transportation and personal identity expression. In the same way that Henry Ford matched a youthful and euphoric generation to the combustion-engine automobile, so, too, do automakers need to design strategic moves to shape the industry’s evolution. Electric vehicles are at the heart of that vision for tomorrow’s consumer domestic transportation.

Tesla stock is valued, not by traditional measures, but by a vision that appeals to a generation of individuals who believe we can achieve a sustainable world. And we hold to that belief by investing in a stock like Tesla, which gives us hope against extraordinary odds.