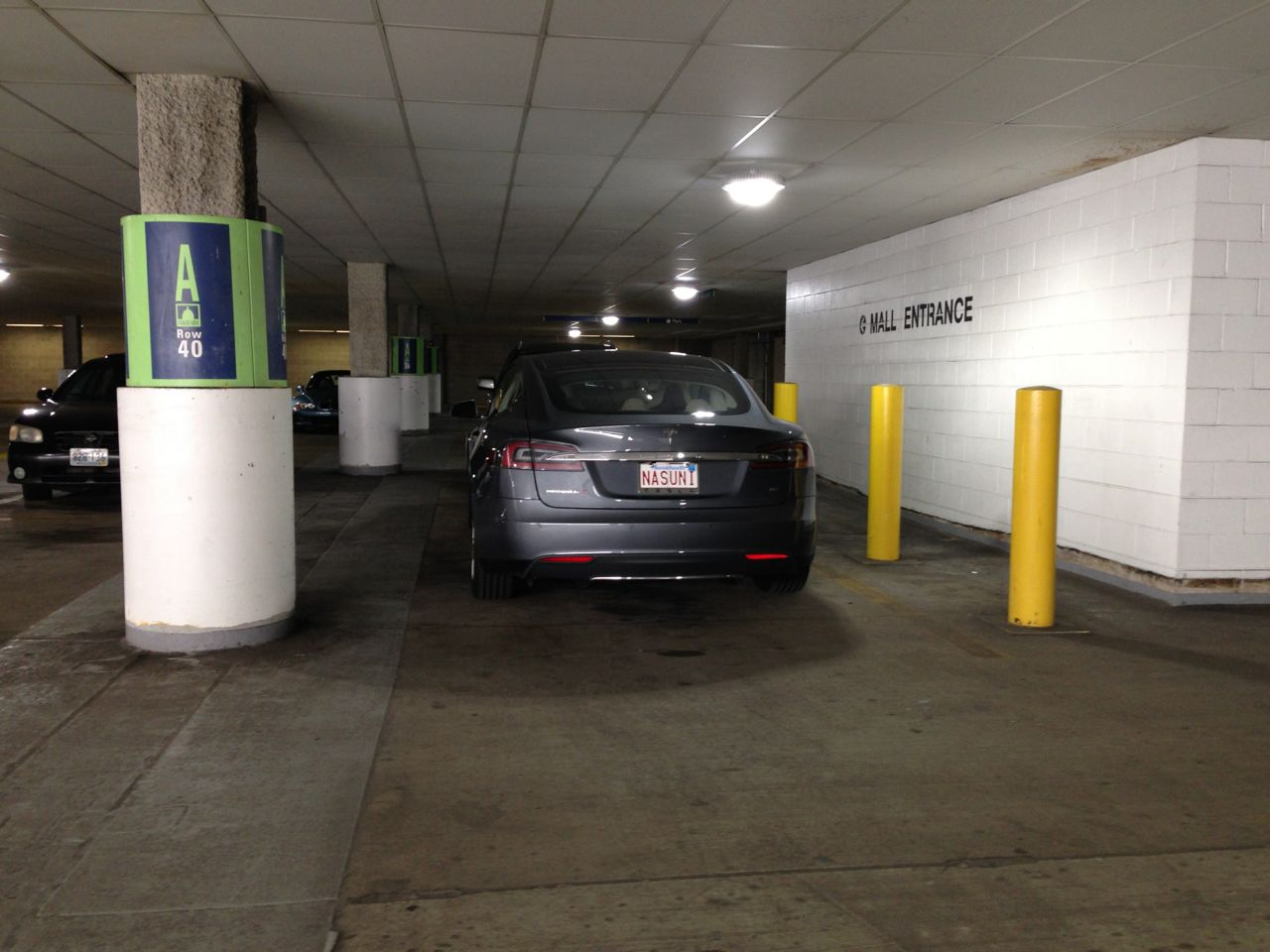 After buying the most expensive car in my life I was determined to take great care of it and wanted desperately to avoid anything to detract from its beauty. Despite my best efforts, I’ve made mistakes. Here are the top 5 mistakes that new Tesla owners need to avoid (in the order in which I experienced them).

1. The Model S is a big car and sits low. Be very careful pulling into parking spots. I purchased my Model S with the technology package and parking sensors knowing that I need every help I could get parking such an expensive car. After all I was coming from a SUV which has no problems when it comes to clearing curbs so I knew there would be quite an adjustment for me. What I didn’t know is that the parking sensors on the Model S are not very responsive which means it’s possible to pull into a parking spot well before the sensor warns you of the proximity to the curb.

Two weeks into my first Tesla ownership, I scraped the front undercarriage while pulling into a parking space at Panera Bread. Luckily it didn’t crunch the front bumper but still –

2. The car is low and the tires are thin – give turns a wide radius. A few weeks after the first incident, I scraped the right rear wheel as I made turn into a parking lot.

The Model S is a lot lower than my old SUV and with much smaller wheels. The standard 19″ Model S wheels are very susceptible to what they call “curb rash” which I unfortunately could validate. Since then I take my turns a bit wider. Many cars have a plastic bumper which, for the most part, people don’t mind getting a few scrapes on.

The Model S on the other hand does not have an obvious rear plastic bumper, and on top of that, it has an inclined “lip” which makes loading of the trunk require careful lifting.

My family knew very well to be extra careful because of this, but one of my kid’s friends “dragged” a heavy duty ice skating backpack and into the rear of the car which ended up leaving a long shallow mark on the back bumper.

Lesson learned  – Warn people to carefully lift up and into the front and rear cargo areas.

4. The rear hatch raises to a very high position (although adjustable). Don’t drive with it open. This one pains me the most. I’ve had to back into my garage since day one of ownership since that’s the only way I could reach the charge port from the wall outlet. All of my other cars have been pulled into the garage with the nose first.

So picture me getting home from work late as usual. I back in, pop the rear hatch to get my gym bag out, but then quickly remember an errand I still need to run. I jump back into the car, close my drivers door and begin to drive forgetting that the hatch is still open.

Before you criticize me, let just say I was in a rush, I was tired and I wasn’t thinking straight. There’s a beep to indicate that the hatch is open when the car is put into gear, but it’s not very loud.

My car always beeps when I pull it into and out of the garage. The parking sensors go off because of the car’s proximity to the sides of the garage so I’ve grown to ignore these extra beeps. The hatch open one isn’t distinctive and didn’t do its job. And despite the car being much lower than the SUV the hatch opens nice and high for ease of access. Too high in this case.

Lesson learned – Pay extra attention to any warnings/beeps when shifting into drive or reverse.

This one was the most visible of the scrapes. It will take a body shop to fix and it won’t be cheap. That’s a post and project for another day.

5. Watch out for door dings by picking your parking space carefully. Fortunately I’ve been able to avoid this one, but I know it’s just a matter of time before it happens. The Model S doesn’t have a strip running horizontally along the middle of the door to catch the edges of inconsiderate door openers. The Model S is a very wide car. To minimize risk of door dings, do the following:

Do you have your own moments to share? I’d love to hear them. Drop me a line in the comments below.