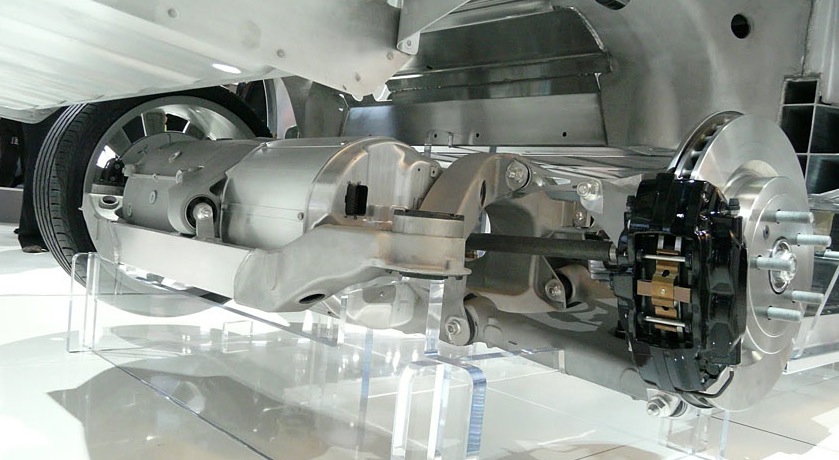 I was pulling out of the parking lot at work the other day and happened to experience some wheel spin as I drove over a patch of sand near a construction site. One wheel spun with limited grip while the other wheel pushed me through the slippery patch. The wheel modulation happened automatically and trouble free which led me to think – How does the Model S traction control work?

Before I dive into it all, one caveat: I’m an electrical/software engineer and not a mechanical engineer. I can change a tire, I used to change my own oil many years ago, but otherwise I let a trusted shop (usually a dealer) do all of the work. The information below is based on my own research and opinions. I had a very basic knowledge of how the AC induction motor drives the wheels on my Model S. I thought it was just a direct current motor with a positive and negative terminal that spun one way or the other depending on polarity which in turn spun the wheels. This kind of thinking comes from my days dealing with radio control hobby kits coming out of Radio Shack. I hadn’t thought about how that may translate into driving of two wheels, nor how it would handle situations where traction is limited due to sand and ice.

It turns out, the shaft of the Model S electric motor inserts into an open differential gear box that then drives the two wheels. This gearing allows the outside drive wheel to rotate faster than the inner drive wheel during turns. Without this gearing either the inside wheel will rotate too fast or the outside wheel will drag. Any imbalance may lead to poor handling, damage to your tires and introduce a lot of stress to the drivetrain. HowStuffWorks has great animated images showing how it operates in action.

Tesla describes the gearing as follows (for the Roadster):

“The motor is directly coupled to a single speed gearbox, above the rear axle. The simplicity of a single gear ratio reduces weight and eliminates the need for complicated shifting and clutch work. The elegant motor does not need a complicated reverse gear – the motor simply spins in the opposite direction.” The downside of the open differential approach is that torque is evenly applied to both wheels. The traction control system limits the maximum amount of torque that can be applied to each wheel without making it slip.

Turning traction control off essentially allows the motor to not back down even when one of the tires is spinning. This can often result in a lot of tire spinning and will not necessarily remove you from being stuck. In fact you may end up digging a deeper hole than the one you’re already in.

Traditionally a limited slip differential allows for torque to be applied independently of each wheel. This involves complicated gearing which involves more components, adds additional weight and overall may not be as reliable on a Model S that produces such astronomical torque. For that reason Tesla chose to utilize a much simpler and sturdier open differential. But they needed to solve the slip problem.

Tesla solved the problem on the Model S by selectively applying rear brakes in order to transfer torque to the wheel that grips. These commands are fed into the electronic stability control system which is capable of braking the rear wheels independently as a way to improve the handling of the car under various conditions.

Tesla describes both traction and stability control as follows:

“Model S Traction Control is designed to ensure maximum contact between the road and the tires. Whether you are accelerating off the line, zooming along the winding roads of the Rockies or find yourself in a Gulf Coast rainstorm, Traction Control prevents loss of traction and maintains control. Stability Control reacts in moments of under-steer or over-steer by reducing torque and applying the brakes to individual wheels for enhanced control when cornering.”

Tesla Motors is about disrupting the norm and re-thinking how things should be done. If you start from scratch and question every design decision, every part, every ounce of weight, every approach and leverage the best minds on the planet, what kind of car will you end up with? The Model S is Tesla’s current answer and certainly not their final answer.

Tesla’s traction control and emulated limited slip functionality is another case of Tesla replacing complex and inefficient hardware with something lighter, simpler and more state of the art – augmenting functionality through software and algorithmic science utilizing today’s advanced computing power.

The next time you slam that “go” pedal and take off like a space ship, think about all the technology that’s helping you launch into the future.