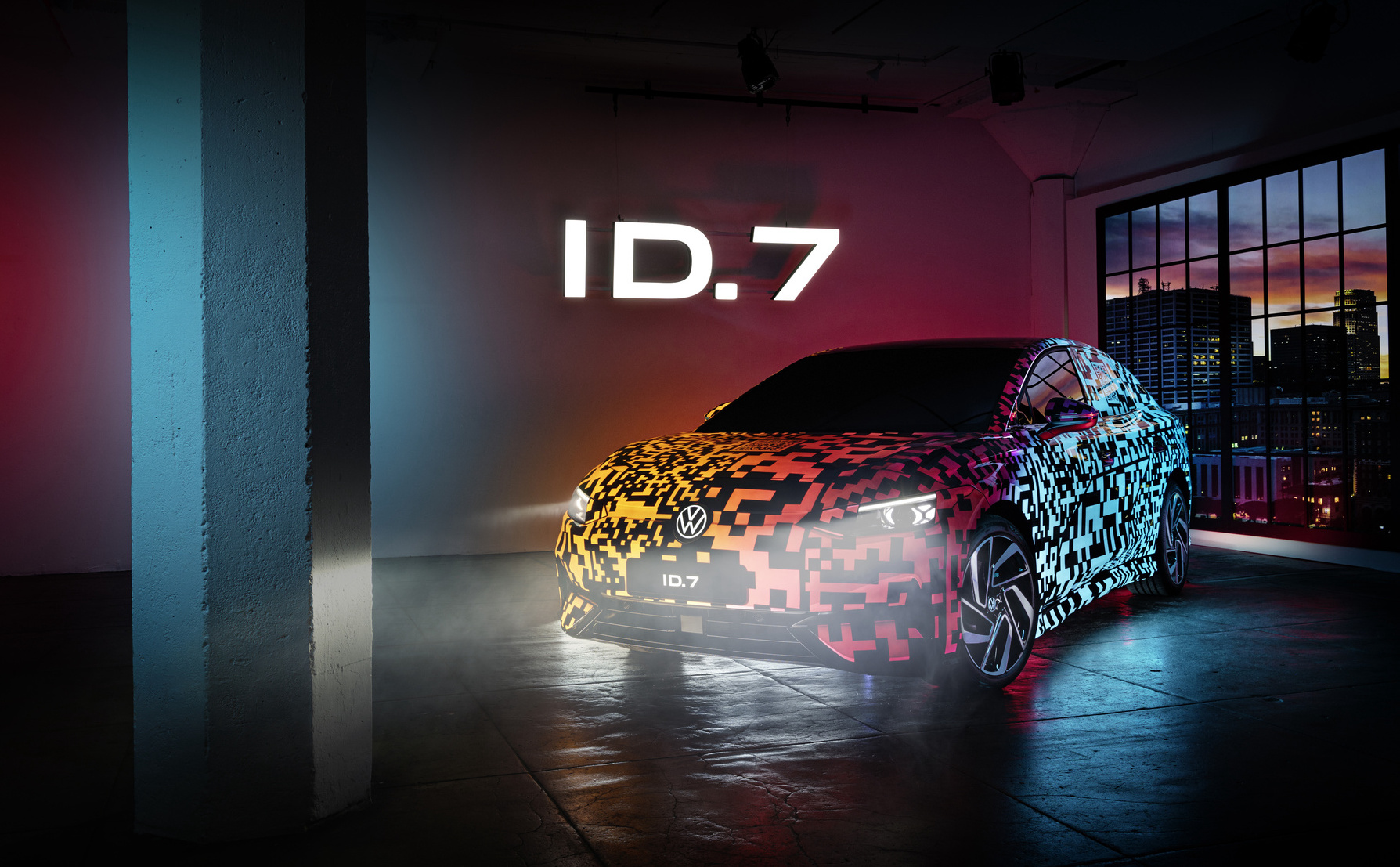 VW set up an exhibit for the ID.7 featuring its smart camouflage paintwork to showcase the premium sedan’s specs and features. Volkswagen’s ID.7 exhibit will be up until January 8, 2023.

“With the new ID.7, we are extending our electric model range into the upper segments. The sedan will offer top-class technology and quality. The ID.7 is one of ten new electric models that we are planning to launch by 2026. Our goal? To deliver suitable products for our customers in every single segment,” said Thomas Schäfer, CEO of Volkswagen Passenger Cars.

Volkswagen tapped its creative and playful side while designing the ID. 7’s smart camouflage. The German automaker applied 40 layers of paint to create the design. Some layers of paint are conductive, while others contain insulating properties.

VW added a layer of fun between the paint, too. A layer beneath the top coating of paint electrifies the ID. 7’s digital design, so it lights up interactively in 22 areas around the sedan’s exterior surface. Each of the areas that light up can be controlled separately.

Volkswagen hints that the lights can be connected to a sound system to create a rhythmic light show that plays throughout the ID. 7’s exterior. The all-electric sedan has a QR code on both sides of the hood, “providing an interface between the physical and digital world.”

Volkswagen listened to customer feedback while designing the ID.7. As such, the German automaker is making the following technology standard in the ID.7:

VW’s new air conditioning concept features Smart Air Vents with many functions accessible through the ID. 7’s large display unit. Different ID.7 users can save their air conditioning presets and activate them when using the vehicle.

Users may also set voice commands for special air conditioning requests. For example, a user may set a voice command to start the steering wheel heating function with the phrase: “Hey Volkswagen, my hands are cold!” Users can also use voice commands to direct airflow in the car.

Similar to other cars in VW’s ID.Family lineup, the ID.7 is built on the MEB (modular electric drive matrix) platform. The ID.7 appears to be the North American version of the ID.AERO concept, which debuted in China last year.

The ID.7 will be released in the luxury sedan market in three primary markets: China, Europe, and North America.