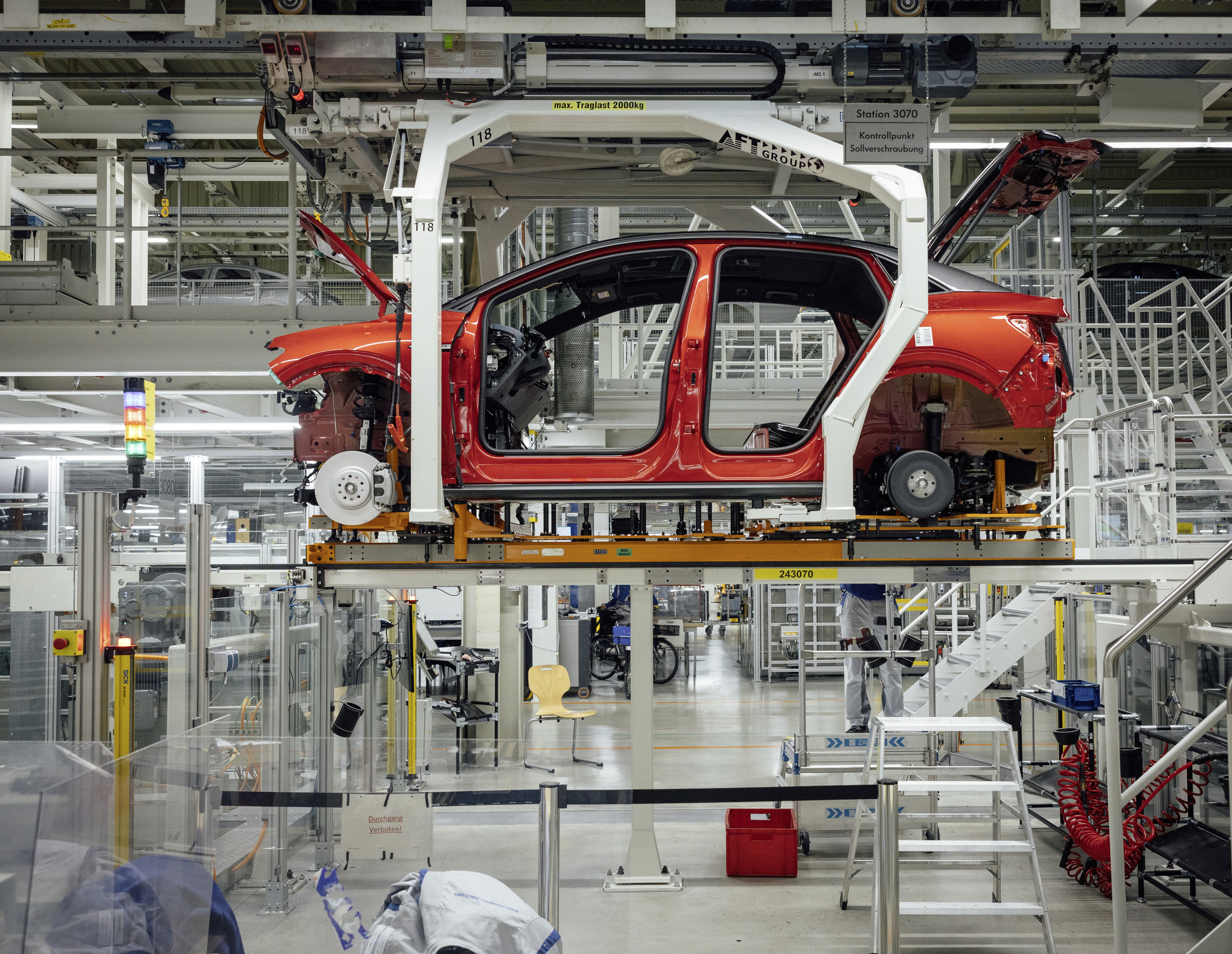 Production of the ID.5 at the Zwickau vehicle plant. (Credit: Volkswagen)

Volkswagen announced the complete transformation of its Zwickau plant from an ICE to EV production factory last week on Thursday, January 27, 2022. The Zwickau plant is officially producing VW’s sixth all-electric vehicle, the ID.5.

Volkswagen produces the ID.5 and ID.5 GTX at the Zwickau plant. The ID.5 is VW’s first e-SUV coupé. The automaker launched pre-sales for the ID.5 in October 2021 and the vehicle features ID.Software 3.0. The ID.5 comes in three motor options: the ID.5 Pro, the ID.5 Pro Performance, and the sporty ID.5 GTX. All the variants come with a 77 kWh battery.

Besides the ID.5 and ID.5 GTX, Volkswagen will also produce the ID.3, ID.4, ID.5 Plus, Audi Q4 e-tron, Q4 Sportback e-tron, and the CUPRA Born in Zwickau. The plant in Zwickau has an annual output capacity of more than 300,000 vehicles.

The European carmaker has spent nearly 1.2 billion euros ($1.3 billion) to convert the factory into an exclusive EV-producing plant. About 40% of VW’s investment enhanced and expanded the body shop.

Around 115 million euros was spent on new building space, a new logistics building, and a battery sequencer. VW expanded its building space by more than 50,000 square meters. The building space expansion included a press shop where all shell body parts are now pressed on site.

“The Zwickau production plant has paved the way for the Group to do this with six ramp-ups from three brands in just 26 months,” said Dr. Christian Vollmer, the VW Board Member in charge of production. “The knowledge and experience gained will help us to continue to electrify our production network quickly and efficiently.”

VW isn’t stopping at Zwickau either. Its plants in Emden, Hanover, and Chattanooga will be added to its EV production network by the end of 2022. The legacy automaker aims to make at least 70% of all VW unit sales in Europe be all-electric vehicles by 2030. The company hopes that its electric vehicle unit sales in North America and China reach at least 50%. VW plans to release at least one new electric vehicle every year with the goal for its new vehicle fleet to achieve full electrification.