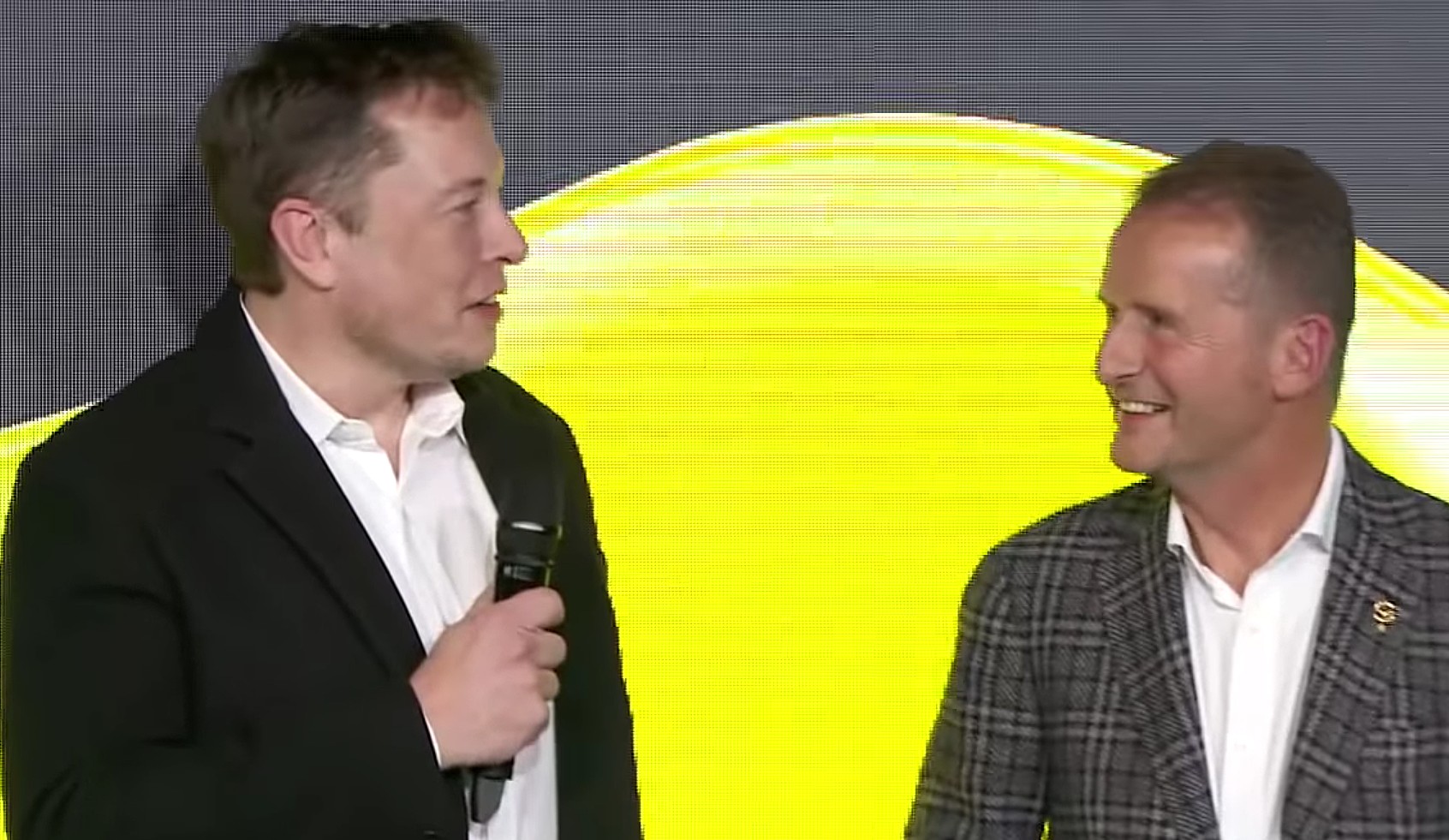 Volkswagen’s Diess admits he was blindsided by Tesla’s preparation

Volkswagen AG’s CEO Herbert Diess is one of the key reasons the automotive group has become Europe’s best-selling electric vehicle brand in 2022, but the frontman of the German automotive giant admits he was blindsided when Tesla’s speed and preparation were among the company’s biggest advantages.

“I have to say we didn’t expect our main U.S. competitor to be so fast and well-prepared,” Diess said earlier this week at the Financial Times Future of the Car 2022 Conference. “It will be a tight race, but we won’t give up on it.”

Diess and Tesla CEO Elon Musk have shared a friendly relationship with one another, even exchanging test drives in their respective company’s premiere electric vehicles. However, Diess and Musk still are ultimately competing for their automotive entities to be outdoing each other, especially as the EV sector continues to heat up in 2022.

Diess has been adamant that Volkswagen’s transition to EVs must be fast and efficient. Otherwise, the German automaker could fall behind. The CEO even admitted at one point that a lagging EV transition could cost the company some of its employee headcounts, a statement that was not well received by Volkswagen’s labor reps in Europe. Ultimately, Diess recognizes the dramatic shift in the automotive sector, realizing Tesla’s industry dominance may only be getting larger as other EV startups continue to struggle with financial woes and supply chain and production bottlenecks.

Diess believes Volkswagen can more than double its market share in the United States to 10 percent but acknowledged it would require an additional plant and local battery production.

Volkswagen’s Diess admits he was blindsided by Tesla’s preparation