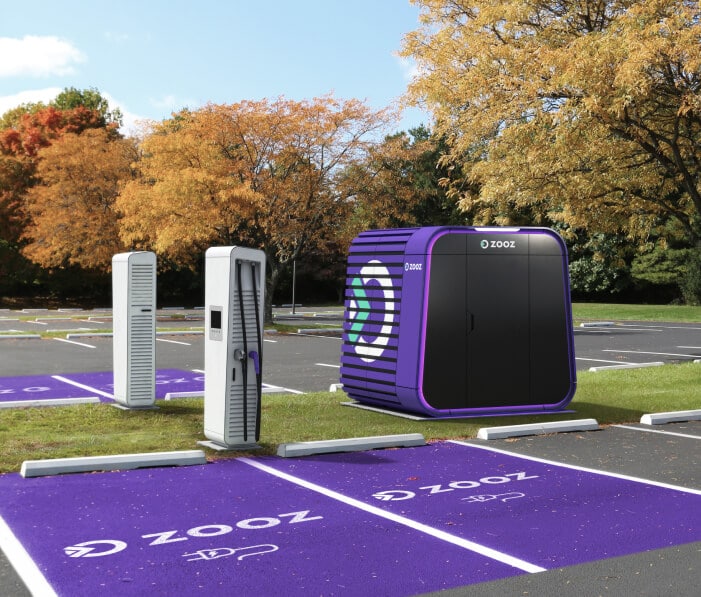 An Israeli startup thinks they may have found the solution to rural electric vehicle charging and power storage.

But Zooz Power, an Israeli startup, believes kinetic batteries may be the solution.

Power storage has been the solution applied to many areas looking to address inconsistent power generation, and typically this involves a lithium-ion battery that can be charged while power is available and discharged when it isn’t. But due to prohibitively high battery costs and sustainability concerns regarding lithium production, Zooz Power suggests using “kinetic batteries.”

Zooz Power’s system, called the Zoozer 100, uses eight half-ton steel flywheels as a more physical way to store energy. When power is available, the flywheels are spun up to 17,000rpm. When power is needed, the flywheels are hooked to a generator, turning the kinetic energy they store back into electricity (much like regenerative braking in your car). With this system, each Zoozer 100 can hold 100 kW of power in roughly the size of half a parking space, and customers can join multiple units together to create a larger “battery.” The system currently circles around rural EV charging, allowing up to 150kW charging speeds.

According to The Times of Israel’s analysis, the most significant advantages of the system come from its sustainability. The storage system cannot degrade as a lithium-ion battery can, the flywheel system requires little to no rare earth minerals in its construction, and over the product’s 15-year lifespan, it will produce 23-times less carbon than an equivalently sized lithium-ion battery.

While the company site doesn’t address the possibility of their product being used for at-home storage, that would seemingly be another fantastic opportunity for this product’s application, especially if it can be offered for much cheaper than an equivalent lithium-ion battery system.

The site does not list specifics regarding how long the Zoozer 100 can hold power, pricing of the system, or availability. Still, the startup has started introducing its product across the U.S., Europe, and Israel via a pilot program. But suppose Zooz power can introduce a cheaper product, similarly energy dense and able to hold power for long periods. In that case, it may pose a significant challenge to the typical battery systems we see today.