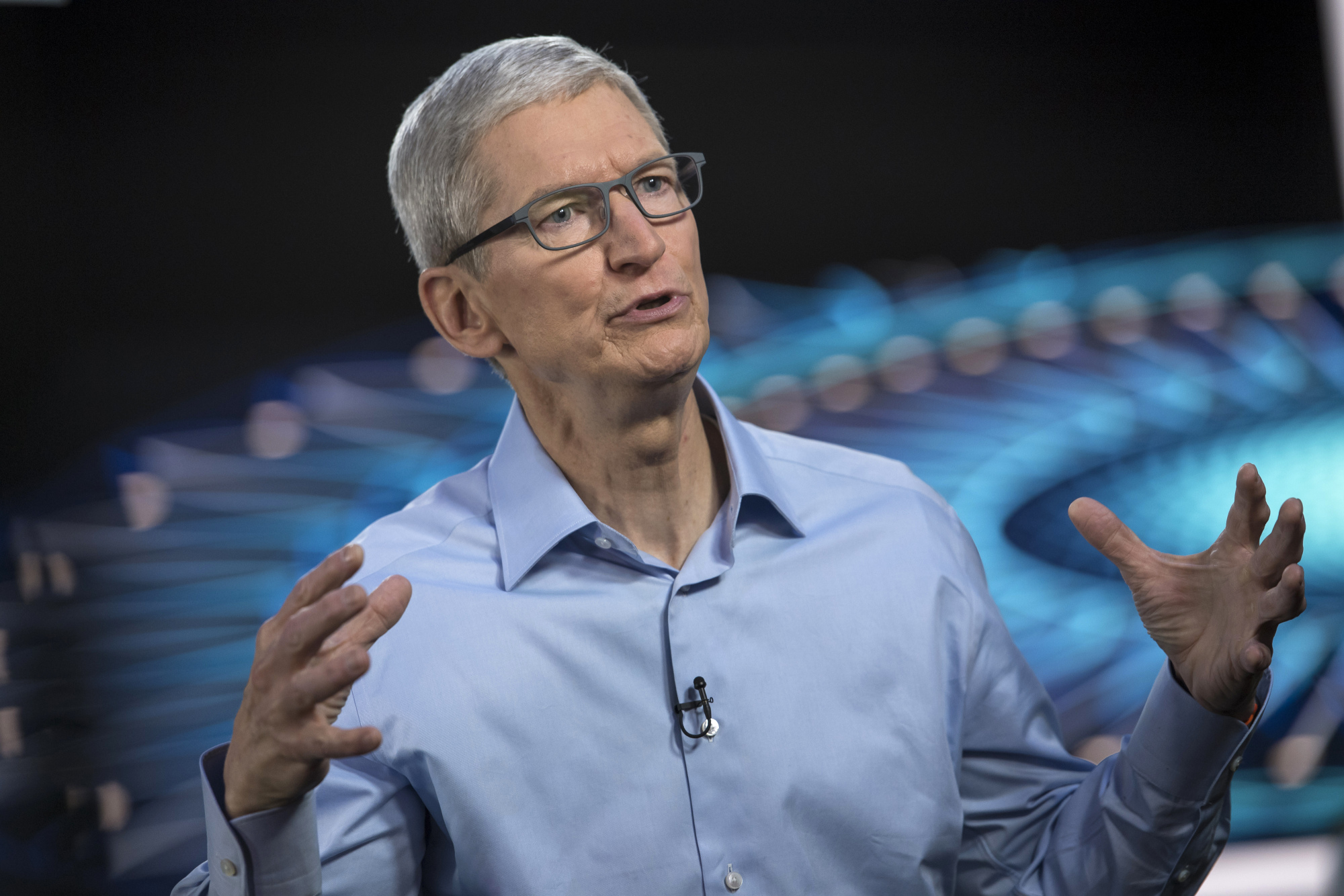 Tim Cook, chief executive officer of Apple Inc., speaks during a Bloomberg Technology television interview during the Apple Worldwide Developers Conference (WWDC) in San Jose, California, U.S., on Monday, June 5, 2017. The conference aims to inspire developers from around the world to turn their passions into the next great innovations and apps that customers use every day across iPhone, iPad, Apple Watch, Apple TV and Mac. Photographer: David Paul Morris/Bloomberg

Apple scaled back its self-driving car, dubbed Project Titan by employees, and plans to debut it in 2026, Bloomberg reported, noting that the project has been in limbo for the past several months.

After realizing that a fully autonomous vehicle without a steering wheel or pedals isn’t possible with the current technology, the company changed its plans to include a steering wheel and pedals; anonymous sources told Bloomberg.  Apple will only support full autonomous capabilities on the highway.

Apple also changed its prices for self-driving cars. According to anonymous sources, Apple plans to sell the vehicle to consumers for less than $100,000. The initial price was over $120,000. So far, Apple doesn’t have a design for its car and considers it to be in the pre-prototype stage. It plans to have the design ready by next year and features set by 2024. Following that, Apple plans to extensively test the car in 2025.

Apple’s onboard computer system, named Denali, is being developed by its silicon engineering group and has reached an advanced state. Bloomberg noted that it’s almost production-ready, but Apple might scale it down before launching the car in order to lower costs.

Apple’s vice president of technology, Kevin Lynch, is leading Project Titan and initially instructed the team to engineer and design a fully autonomous vehicle to be debuted by 2025. This isn’t the first time Apple had to change its plans for an autonomous vehicle.

When Apple’s former head of Project Titan, Steven Zadesky, left the company, Bob Mansfield came out of semi-retirement to take his place. After around a month, reports circulated that Apple laid off dozens of senior members from its team with plans to reboot the program. It was until a year later that CEO Tim Cook told Bloomberg that Apple was interested in developing self-driving cars.