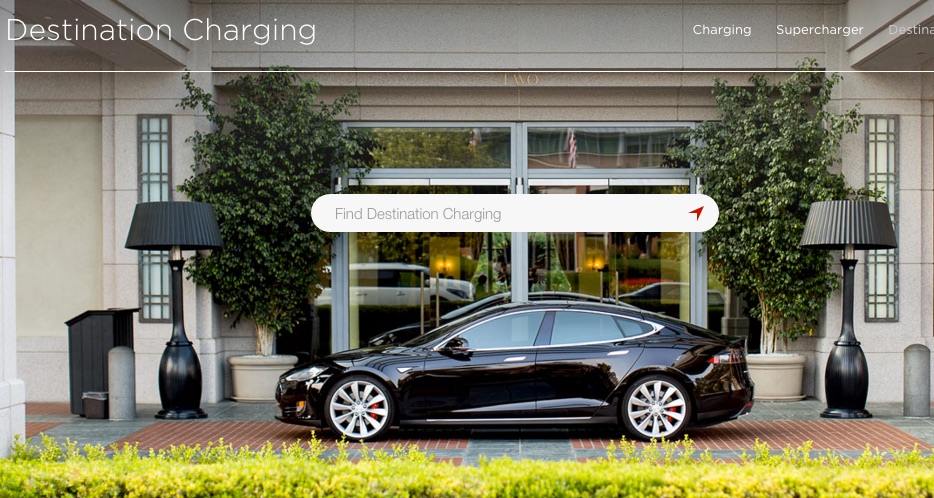 Last month I shared with you the story of my successful recruitment of a restaurant/brewery into the Tesla Destination Charging program. It was a story I hoped would inspire others to do the same. Some of you asked me questions about what it was like for the business and I was curious myself, so I set out to get answers and hear it from their side.

How did this all start? Some crazy owner (me) sent an unsolicited email, informed one of the restaurant’s owners of the program and vowed to come for a visit. On Friday, November 27th, that visit occurred. After I left, Mark the owner of Breaker Brewing Company checked on the kitchen and determined he could spare a few moments to contact Tesla’s Destination Charging program and inquire. As with any small, independent business, the biggest question Mark had was how much of an investment joining the program required. His budget for such a non-essential business expense was, in essence, non-existent. Sure he knew they would be on the hook for the cost of electricity for the actual charging, but that nominal amount was not the main concern.

Pretty quickly (Monday or Tuesday of the following week) Tesla responded to Mark’s inquiry. He assumes they checked out the location using mapping software first because right from that first phone conversation, he was immediately informed his location was a good fit. He had provided the address in his first contact and already knew he had an unused parking space along a building where the chargers could be installed.

To be honest, it didn’t take much convincing on my part to get the restaurant on board with this idea. They were really receptive from the beginning and so the rest was smooth sailing. A pair with experience in the engineering field, Mark admitted that he and his co-owner loved technology.

The main questions that he had revolved around their responsibilities. For example, how much up front costs or fees they would be on the hook for, what the program consisted of and whether or not Tesla would assist with getting adequate power to the building where he intended the chargers to be installed.

In order to answer those questions, Tesla instructed Mark to get an estimate from an electrician to run the additional power and install the chargers. Jonathan Katz, Project Manager in the Destination Charging group was Mark’s main contact. One very important thing that Mark wanted to share with me was that from Day 1, Jonathan was phenomenal to work with. His email signature contained a direct phone number which Mark was able to call with questions. Reportedly Jonathan answered every call and reaching out to him never amounted to voicemails or phone tag. He also answered every question, big or small. The same thing applied to the electrician who was hired to do the job. (Praising Tesla for communication is something I don’t see often so this really stood out to me and is a sign of their true commitment to making charging accessible.) Destination chargers can be found across a variety of hotels, restaurants and shopping centers [Source: Tesla Motors]

The next step in the process was getting an estimate for the electrical work. Tesla had recommended two electricians that were relatively close but not in the same town. Mark asked if he could hire his own because he happened to know of one who was reliable, professional and excellent at fit and finish of his work. Tesla said that it was no problem at all and awaited the estimate. As noted above, the electrician was able to easily contact Jonathan Katz directly to have any questions answered about the process. Once the estimate came in, Mark was ready to get back to Tesla.

The quote was $2,800 for installation of two 80 amp HPWCs including upgrading the building’s service to accommodate that kind of juice. The job also included running the chargers all the way outside the building to the correct placement. When Mark informed his contact at Tesla about the estimate, they confirmed this was within their reimbursement cap so the entire thing would be covered. Breaker Brewery would not have to come out of pocket even one dollar. That made the decision to move forward extremely easy.

Breaker Brewery would not have to come out of pocket even one dollar.

The next part of the process went equally smooth. Tesla had accepted the cost (their cap, which may or may not be negotiable and may or may not be region-specific, was reported to be $3,000) and sent a congratulations email about being accepted into the program. Next Tesla mailed out the chargers, which arrived in about five business days.  I am assuming that what made me think this was an ideal location for a destination charger was also noticed by Tesla and thus they accepted the location into the program without any convincing.

The amount of effort and leg work the restaurant had to do to be a part of this program was small. They were required to fill out an application, which was neither long nor complicated. It contained some basic information about their location, business and what they offer. (I’m picturing the wifi and restroom symbols you see on the navigation screen when you touch on a destination charging marker.) Once the chargers were installed and powered up, Tesla had to be informed. At this point the one and only hiccup occurred. For one reason or another, there was a miscommunication that resulted in Tesla not realizing it was done. After some time, Mark reached out to follow up about payment to the electrician. Once Jonathan realized what had occurred, he quickly resolved the issue and sent the payment. Mark estimates that had the miscommunication not occurred, the electrician probably would have only waited 7-10 for payment after completion. It bears repeating that in the case of this installation, everything was reimbursed. The whole job fit into the reimbursement limits and the restaurant had to pay nothing. On January 15, 2016, the chargers were powered up. That means in just 49 days (including the Christmas and New Years holidays!) Breaker Brewery went from asking about the destination charging program to having working chargers. It took 3-5 days for their location to show up on Tesla’s destination charging map. I will assume the in-navigation display took the same but did not verify it was showing until yesterday.

Within the first 10 days or so of operation, which included my post about it as well as sharing on both TMC and the Tesla Forums, three different owners called the restaurant to thank them for installing a charger. (The Tesla community doing what we do.) Thus far only one owner has actually charged but Mark hopes to see an uptick as word spreads. Interestingly enough, the chargers have become a topic of conversation for non-Tesla owning patrons of the restaurant. Every Friday and Saturday someone notices and asks about it. There is a general curiosity that I hope will have far reaching implications with Model 3 and beyond. Certainly people want to know they will be able to charge at various locations before even considering the idea of some day owning an electric vehicle. To Mark’s knowledge, no other EV drivers have attempted to charge. I asked this question because I once saw an electric Smart Car pull into a Tesla Supercharger and attempt to plug in.

Some additional questions I asked were: