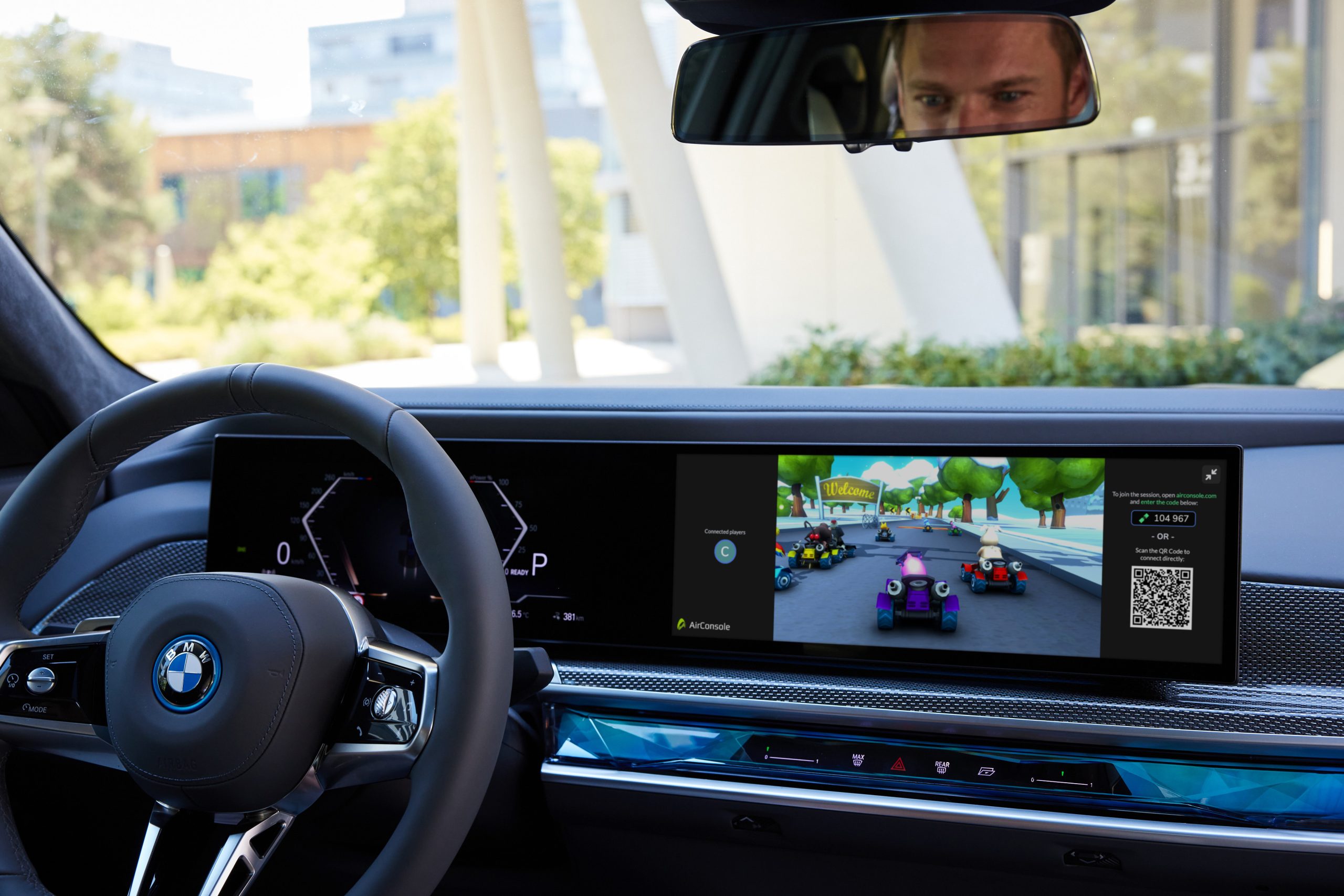 BMW Group will work with AirConsole today to launch casual in-car gaming in BMW vehicles starting next year. Following in Tesla’s footsteps with in-car gaming plans, BMW said using AirConsole will not require gaming controllers, as players only need their smartphone to play.

The integration of AirConsole gaming will work perfectly with BMW’s Curved Display, providing an immersive and state-of-the-art in-car gaming experience.

“With AirConsole, we will leverage innovative technologies combined with a broad variety of fun and multiplayer games,” Senior Vice President of BMW Group’s Connected Company Development, Stephan Durach, said. “This will make every waiting situation inside the vehicle, such as charging, an enjoyable moment.”

Of course, introducing electric cars into the automotive market has brought forth new challenges, like what to do with the time it takes to charge the vehicle. While infrastructure improvements and battery technology advances have shaved numerous minutes from the charging process, there is still plenty of time to kill, leaving drivers and passengers relying on car manufacturers to devise creative solutions.

Tesla has had various in-car games for a while, but the company recently stepped up its plans for gaming inside the vehicle. Tesla announced last year at the Model S Plaid unveiling that the vehicles would now be equipped with some of the best gaming processors and technology in the world. According to CEO Elon Musk, Tesla has even been testing Steam, which would essentially put a gaming experience that is easily worth $1,000 or more into the vehicle. Steam is supported on Windows, macOS, Linux, iOS, and Android, and titles such as Apex Legends, PUBG, and Counter-Strike operate on the platform.

BMW is evidently preparing to do the same thing by integrating AirConsole into its vehicles. Anthony Cliquot, CEO of N-Dream, which is the company behind AirConsole, said in-car entertainment is being revolutionized, and BMW’s engineering fits like a puzzle piece.

“We are extremely proud to spearhead gaming inside vehicles with BMW and are excited to create new games for in-car entertainment,” he said. “Our ingenious architecture coupled with the ease of access of our platform will change the way people get entertained in their vehicles.”