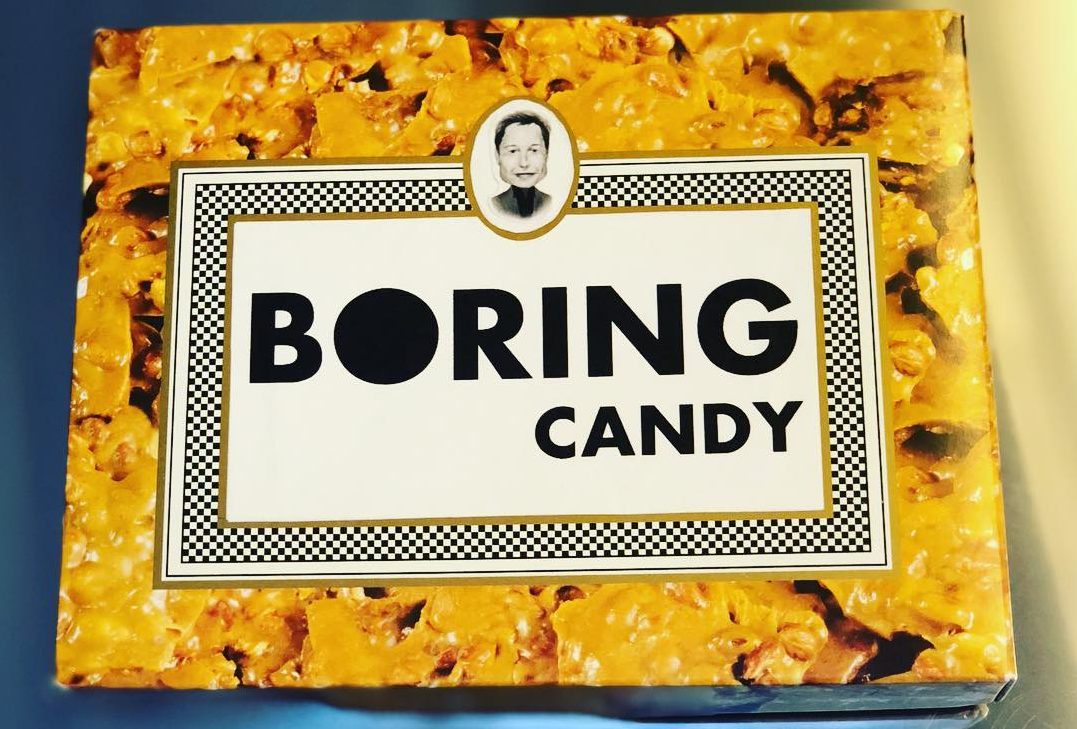 Elon Musk just shared the first image of the Boring Candy, the first of what could be a line of sweets that would be offered by the Tesla and SpaceX CEO’s upcoming candy factory.

Musk’s venture into the confectionary business was teased in a series of tweets earlier this month, just days after Tesla’s Q1 2018 earnings call. While responding to a question from a retail investor, Musk noted that “moats,” which are advantages that help a business maintain a competitive edge, are “lame.” According to Musk, what really matters in business is the pace of innovation. Musk also added that if a company relies on its moats, it would eventually be compromised.

Being the man who popularized the business term, fellow billionaire Warren Buffett quipped back at the Tesla and SpaceX CEO. According to Buffett, companies with strong, sustainable moats do exist. The Berkshire Hathaway CEO then gave an example — See’s Candies — one of his businesses that utilizes a moat to maintain an advantage in the confectionery market.

Never one to back down, Musk responded on Twitter, stating that he would be starting a candy company and that “it would be amazing.” Musk further added that he was “super serious” about the venture. Musk even added a tweet personally directed at Buffett, stating that he would “build a moat and fill it with candy.” Such a setup, joked Musk, would be “kryptonite” for Berkshire Hathaway.

Then I’m going to build a moat & fill it w candy. Warren B will not be able to resist investing! Berkshire Hathaway kryptonite …

As revealed in his Musk’s recent Instagram post, a sample of his candy now exists. Called the Boring Candy, the confectionary features a Boring Co.-inspired logo and a caricature of Elon Musk. Just like the Boring Company Hat, another project that was announced on Twitter, there is a pretty good chance that the Boring Candy will really be sold in the future.

Some of what initially appears to be jokes from Elon Musk eventually turn out to be true. The Boring Company (Not a) Flamethrower, for one, was initially thought of as a joke, until it wasn’t. The $500 fiery device was eventually released and sold for a limited amount of time. Though inciting some controversy due to its fiery nature, the flamethrowers were quickly sold out, raising millions for the Boring Company.