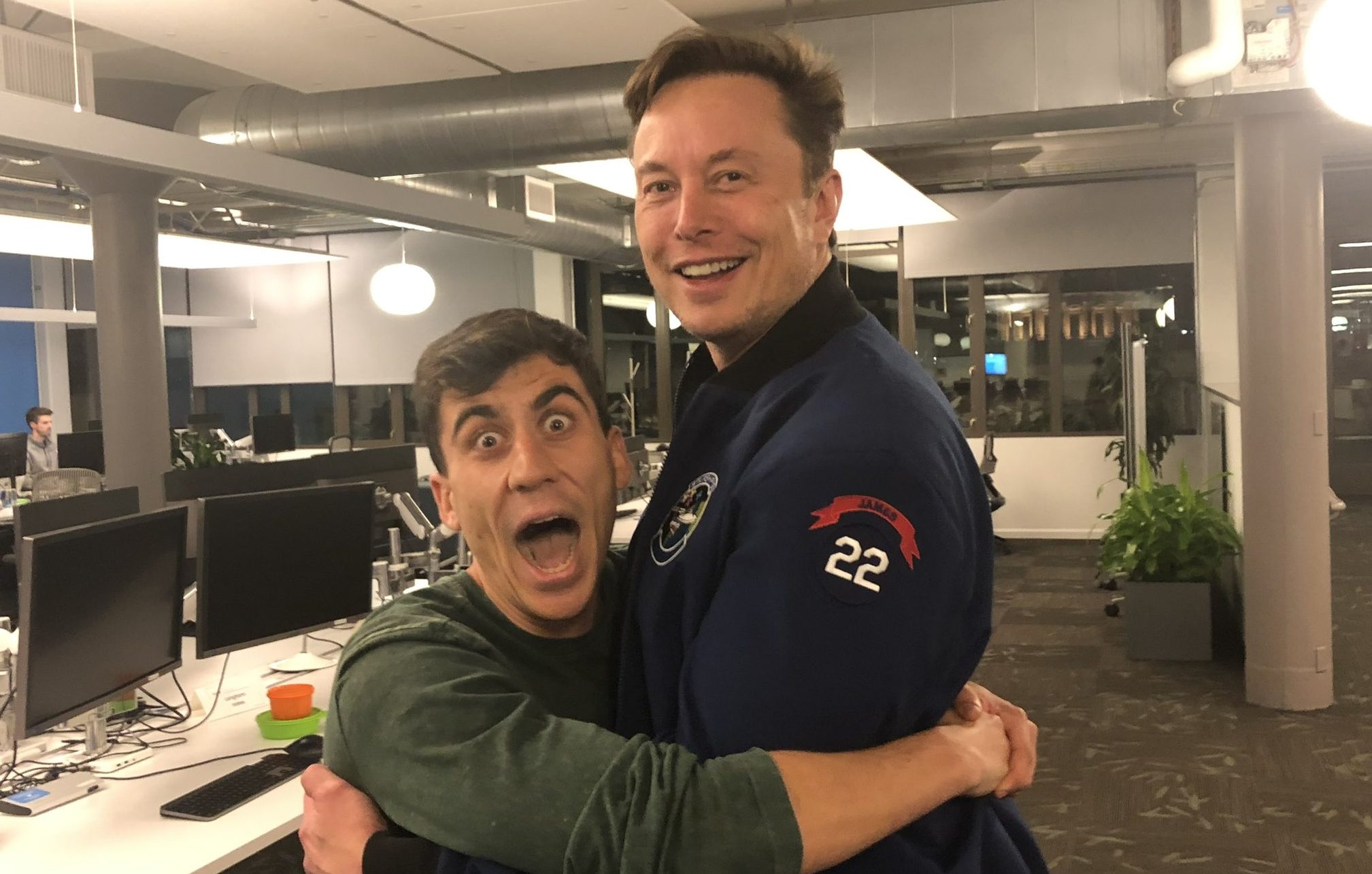 In this particular example, persistence — and a notable degree of luck — truly paid off. After a long, grueling saga, popular YouTuber Fidias was finally able to hug Tesla, SpaceX, and Twitter CEO Elon Musk.

While Elon Musk does attract a ton of controversy, he is generally well-liked in numerous circles. Among his supporters are popular wholesome YouTubers such as Mr. Beast, as well as smaller but still notable hosts like Fidias Panayiotou from Cyprus.

Fidias Panayiotou, who runs a channel named after himself, calls Musk his “idol.” As part of his aim to hug the world’s top 100 celebrities, Fidias wants to secure a hug from Elon Musk. This proved to be practically impossible, thanks to the CEO’s security and his overall busy schedule.

In a way, the YouTuber’s efforts to hug Elon Musk came at a pretty bad time. Musk has been extremely busy with his Twitter takeover, and his work at Tesla and SpaceX is still ongoing. It was then no surprise that much of Fidias’ efforts, like setting up camp in Starbase, Texas, bore no fruit.

As Fidias was nearly ready to call it quits, however, something remarkable happened. Musk visited a World Cup match in Qatar, and while some mainstream media outlets focused on Musk’s interaction with a Russian TV presenter, the Tesla CEO actually interacted with a good number of people in the stadium. These included a group of young boys who personally asked Musk if he could hug the YouTuber.

Musk addressed the topic on Twitter, noting that the only thing the kids really requested was that he hug Fidias. “The kids I talked to just had one request, which was to hug this guy who keeps trying to hug me in SF. I checked to see if they were sure about that and they were, so I will,” Musk wrote.

And with that, the YouTuber, who was just about ready to give up, secured Musk’s permission. In a post on Twitter, the YouTuber confirmed that he was finally able to meet and hug Elon Musk. The event appeared to have been done at Twitter’s San Francisco office, at least based on an image posted on social media.

A link to the YouTuber’s video of the event can be viewed here.