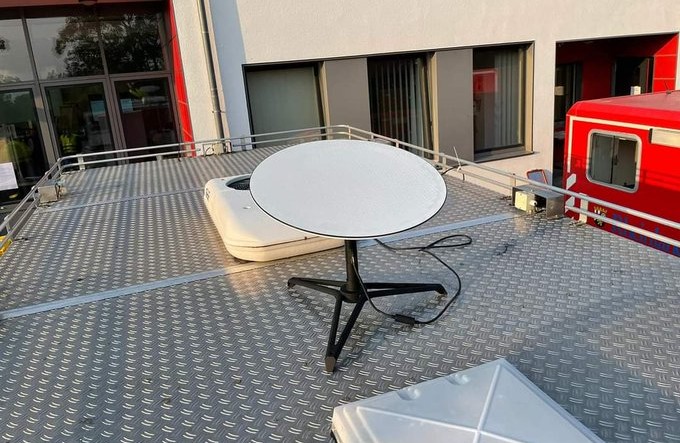 A week after Germany was hit by devastating floods that released two months’ worth of rainfall in just two days, several areas of the country remain severely hobbled by the effects of the natural disaster. Rescue operations are still underway, but in locations such as Rhineland-Palatinate, communication remains difficult due to limited cellular reception and internet service.

This is where Elon Musk’s Starlink satellite internet system is making a difference. Rhineland-Palatinate has set up Starlink kits to provide free web access to citizens to help them communicate with family and authorities. Twelve Starlink systems were initially deployed to the Ahrweiler district, in Liers, Ahrbrück, Brück, Pützfeld, Kreuzberg, Rech Nord, Rech Süd, Dernau, Marienthal, Heimersheim and Heppingen. Plans are also underway to expand the system to 35 Starlink dishes, though the locations for these systems are yet to be released.

The state government has stated that cellphone coverage in the Rhineland-Palatinate area is still not fully available, thanks in part to numerous cellular facilities being destroyed during the floods. Alexander Schweitzer, digitization minister of Rhineland-Palatinate, however, noted that the rebuilding process is well underway. “More than 70% of the well over 500 failed mobile radio stations have already been put back into operation,” he said, adding that work is now underway to fix more “difficult” facilities.

Germany’s recent encounter with record rainfall and devastating floods has resulted in much tragedy, with over 180 people being listed as fatalities in the disaster. Over 760 people have been injured as well, and 155 remain missing. Speaking to local news agencies, Sabine Lackner of the federal agency for technical relief noted that victims of the catastrophe would likely only be recovered at ths point, and not rescued. “We are currently still searching for missed ones as we are clearing debris or pumping out cellars. But sadly at this stage it is very likely that victims can only be recovered and not rescued,” Lackner said.

Automakers in the area have contributed to the recovery efforts, with reports stating that Opel is giving affected customers a loaner car for up to three weeks for free, and Ford is providing vans and trucks that could be used for rescue efforts. Volkswagen has reportedly provided monetary donations as well. And Tesla, for its part, has reached out to affected customers to inform them that the Supercharger Network would be free to use in selected areas.