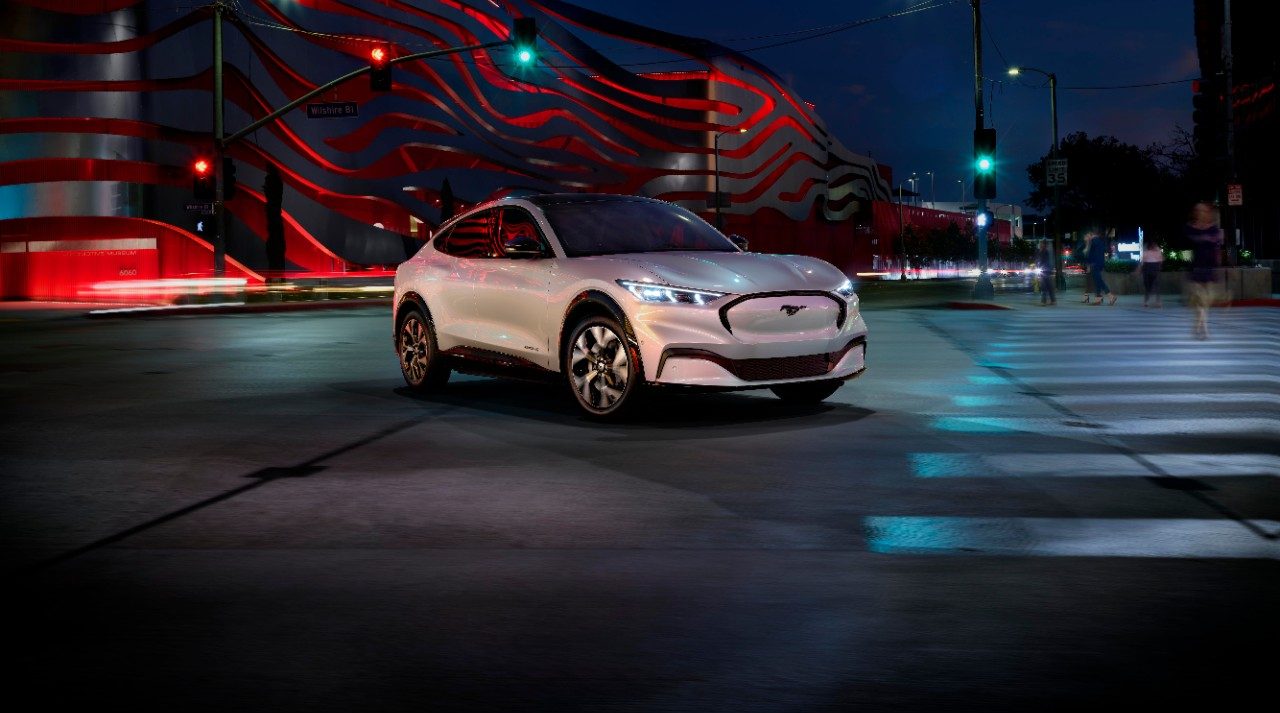 Ford Mustang Mach-E isn’t the silent type, but it is the strong one

Ford’s upcoming electric vehicle, the Mustang Mach-E, is undoubtedly the company’s attempt at a high-performance, sustainable car, making it the “strong type.” However, it won’t be the “silent type” after the car’s engineering supervisor stated it would have optional engine noises for owners to flaunt.

In a recent interview where Ford gave CNBC a ride-along at the company’s Michigan Proving Ground, the Mach-E’s Engineering Supervisor, Leeway Ho, stated that the car would have optional engine noises, taking away the EVs silent nature for those who want sound.

“It’s one of those things where we’re trying to give people the Mustang experience,” Ho said during the ride-along. “It’s not just the power, it’s the sound that comes with it. Without the sound, you’re just a regular EV car.”

Interestingly enough, external audio devices have been placed on some electric cars in the past. Several owners of Tesla vehicles have installed third-party engine noise speakers on their electric cars, turning them from silent transportation devices to noisy vehicles that fit in with gas-counterparts on the road.

The sounds, described by Ho, are “audio wizardry.” There will be an array of different noises for owners to choose from, giving a customized sound for drivers of all styles.

The sound’s volume will also vary depending on the speed that the car is traveling at, which is a nice touch and makes the noise more realistic.

“It’s electronically generated, but it’s based on vehicle torque,” Ho stated. “It’s taking a look at your incoming torque and power signals, speed, and it’s doing the math to say we should generate this frequency at this loudness.”

With the fact that Ford will be adding the noisemaker to the car takes away from the “silent type” characteristic of the Mach-E. However, its performance specifications will ensure that it remains the “strong type.”

While some of the standardly available variants of the Mach-E will be more than sufficient for the everyday driver, Ford has developed a 1,400 horsepower prototype of the all-electric Mustang.

A press release in July from the company stated that 10,000 hours of collaboration from Ford Performance and automotive performance company RTR birthed the Mach-E 1400.

The noisemaker certainly takes away the “silent type,” but the 1400 prototype makes the Mach-E the “strong type.”

Ford Mustang Mach-E isn’t the silent type, but it is the strong one