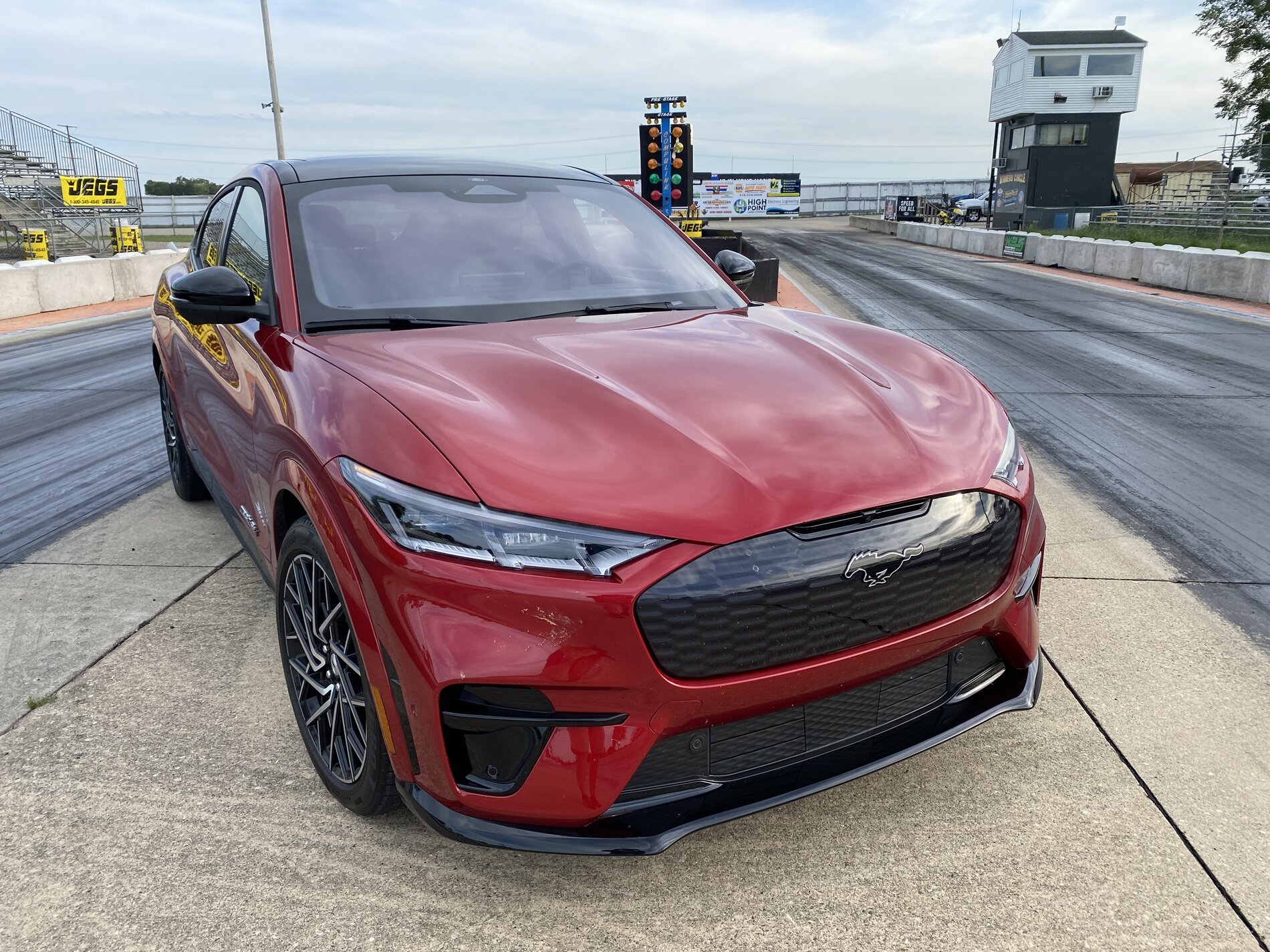 Now that Ford has started delivering the Performance variant of the Mustang Mach-E all-electric crossover, the GT configuration is heading to the drag strip to test its mettle in the all-too-common proving ground for performance vehicles.

On the heels of taking delivery of their own Mach-E GT in mid-August, Ford Mach-E Forum member 0t60-3.5 hit the Cedar Falls Motorsports Park in Cedar Falls, Iowa. The all-electric Mach-E ran a 12.657-second 1/4-mile at 100.02 miles per hour, according to a receipt given to the owner at the track. Impressive, to say the least, the Mach-E GT undoubtedly is living up to the name of its Mustang predecessors. However, this time the powertrain was fueled by electricity and not by gasoline, making it a sustainable and eco-friendly performance run.

The vehicle was not in Ford’s advertised “Track Mode,” which actually is called “Unbridled Mode.” Ford described it as “an exhilarating drive experience that pays homage to the legacy of Mustang sound in a unique package designed for an all-new electric vehicle.” This may have limited its performance slightly, but that is speculative. Additionally, the car was charged at 72%, and its tire pressure was slightly high at 42 PSI. Ford recommends it to be at 39.

Splits for the Mach-E were as follows:

Electric cars have a comparative advantage over their gas-powered opposition, especially during 1/4-mile drags. The lack of energy transfer from the motor to the transmission in an EV, which is present in a combustion engine vehicle, allows an electric car to take off significantly quicker than a gas car. This is where EVs have a substantial competitive advantage, and it shows. While the Mach-E certainly did not run the fastest 1/4-mile drag ever, it certainly did a good job, even with limited battery power and being Ford’s first electric car. This could be utilized as a benchmark for future models.

The Tesla Model S Plaid still has the record, and it doesn’t appear that Ford will dethrone the all-electric flagship sedan from Tesla anytime soon. However, there is plenty to build on, especially as Ford was not necessarily focused on high-end, record-breaking performance for the Mach-E. However, the vehicle still performed reasonably well, and there is plenty to be proud of moving forward.