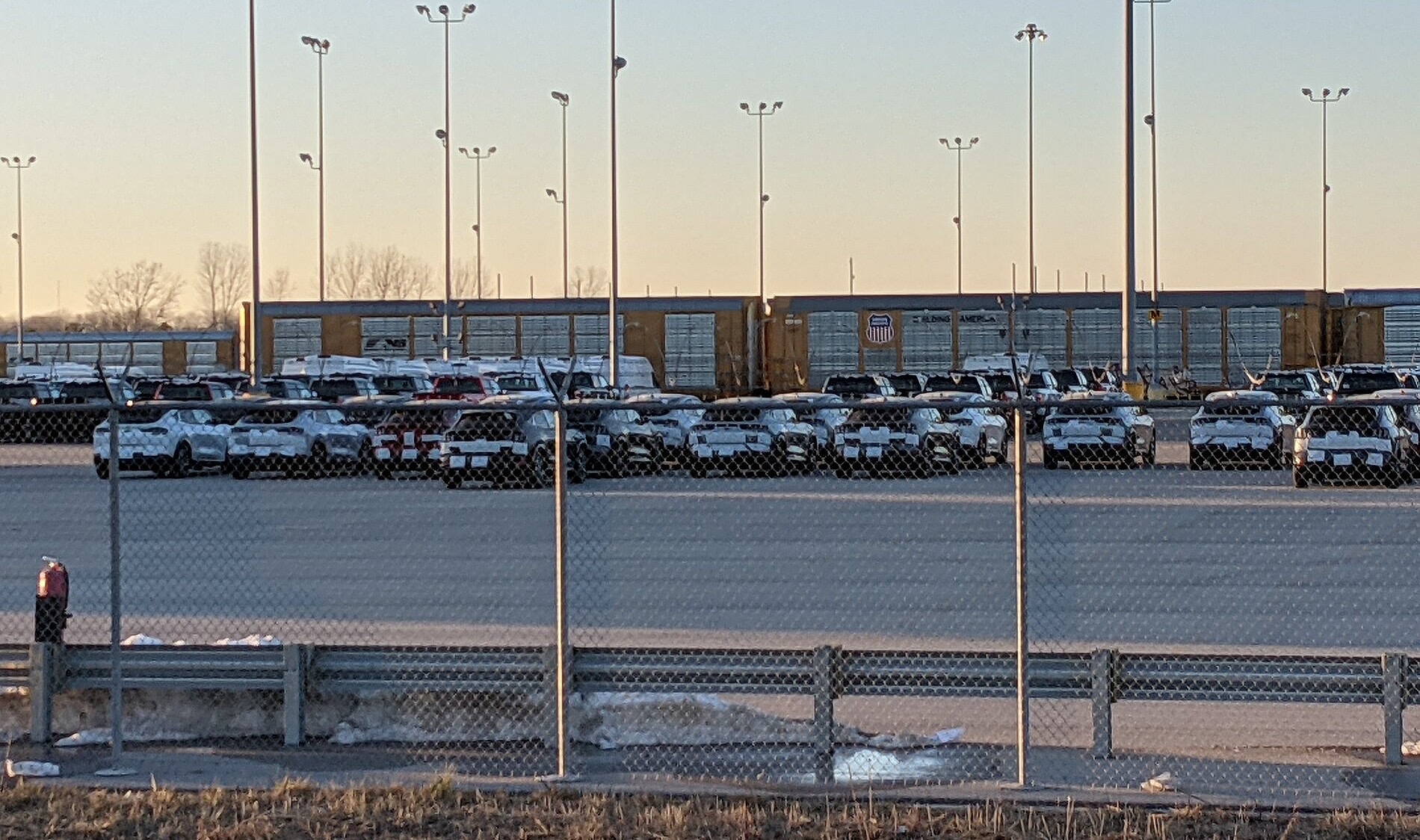 Ford appears to be well on its way towards starting customer deliveries of the Mustang Mach-E. As hinted at by recent photographs from the electric vehicle community, a shipment of the all-electric crossover has been spotted at the Kansas City Terminal, likely before being transported to Ford dealers.

The images of the Mustang Mach-E shipment were shared at the MachEClub.com forum, a community of EV enthusiasts interested in the upcoming vehicle. The vehicles in the photos were partially covered in protective wrap, and most featured a rather neutral paint job such as black, white, silver, and gray.

The sighting of the Mustang Mach-E shipment comes as reports of impending deliveries are shared online by reservation holders. This was mentioned recently by Ford Design Strategy Director Ryan Tomorrow, who noted on Twitter that his Mach-E order is already on a train.

As the year begins, Ford seems to be intent on ramping its all-electric crossover, which has been received warmly by the EV community. This was despite the vehicle attracting some criticism from avid Ford fans over its Mustang name and crossover nature. Provided that Ford dealers push the Mach-E to their customers in the same way as the automaker’s internal combustion vehicles, there seems to be a good chance that the all-electric crossover could thrive.

The Ford Mustang Mach-E has the distinction of being publicly lauded by Tesla CEO Elon Musk following its unveiling. Back in 2019, Musk extended his congratulations to Ford, noting in a tweet that he is excited to see the Mach-E’s announcement. Musk noted that vehicles such as the Mach-E would encourage other carmakers to go electric as well. This is quite rare, especially considering that the CEO has the tendency to poke fun at competitors such as the Audi e-tron.