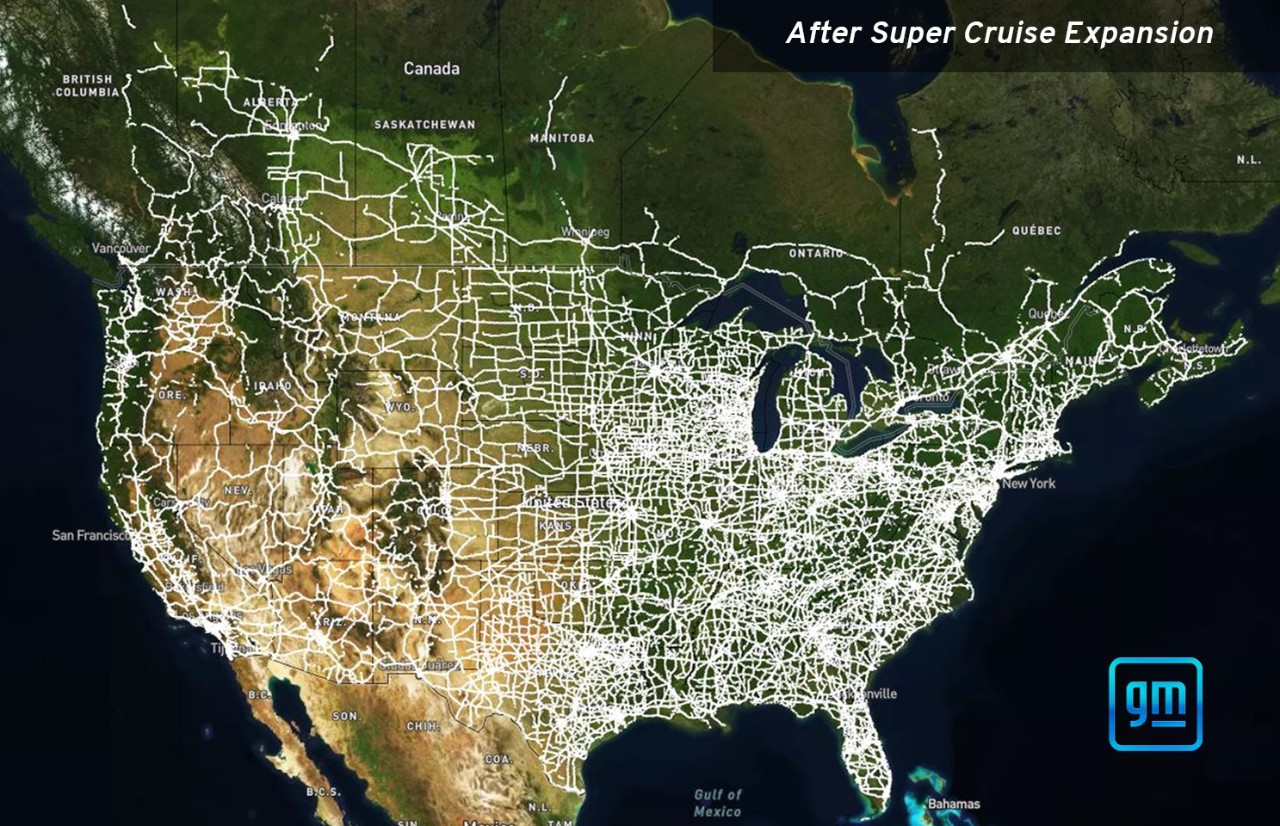 General Motors (GM) is expanding its hands-free Super Cruise advanced driver assistance system to full-size SUVs starting in mid-November. The first vehicles to receive the expansion will be full-sized SUVs that were built on October 3, 2022, or later, the company said. The company said that it’s unlocking “hundreds of thousands of additional miles of roads” for customers who ordered the following list of vehicles with Super Cruise:

The automaker said that its existing Super Cruise vehicles will receive the expanded road network “starting in the coming months via over-the-air (OTA) updates at no additional charge.”

GM added that Super Cruise is coming to 22 vehicles globally by the end of next year, and Ultra Cruise will be available later on certain premium entries.

“Together, these technologies will bring ADAS to more customers on more vehicles, in more regions at more price points,” the automaker said.

In October, a study conducted by the Insurance Institute for Highway Safety (IIHS) revealed that drivers who used advanced driver assistance systems such as Super Cruise or Tesla’s Autopilot would treat their cars as self-driving vehicles despite the vehicles’ warnings about the limitations of the systems.

The study found that 53% of Super Cruise users were “comfortable treating their vehicles as fully self-driving.” The study also noted that 42% of Autopilot users and 12% of ProPILOT Assist users agreed with the same statement.