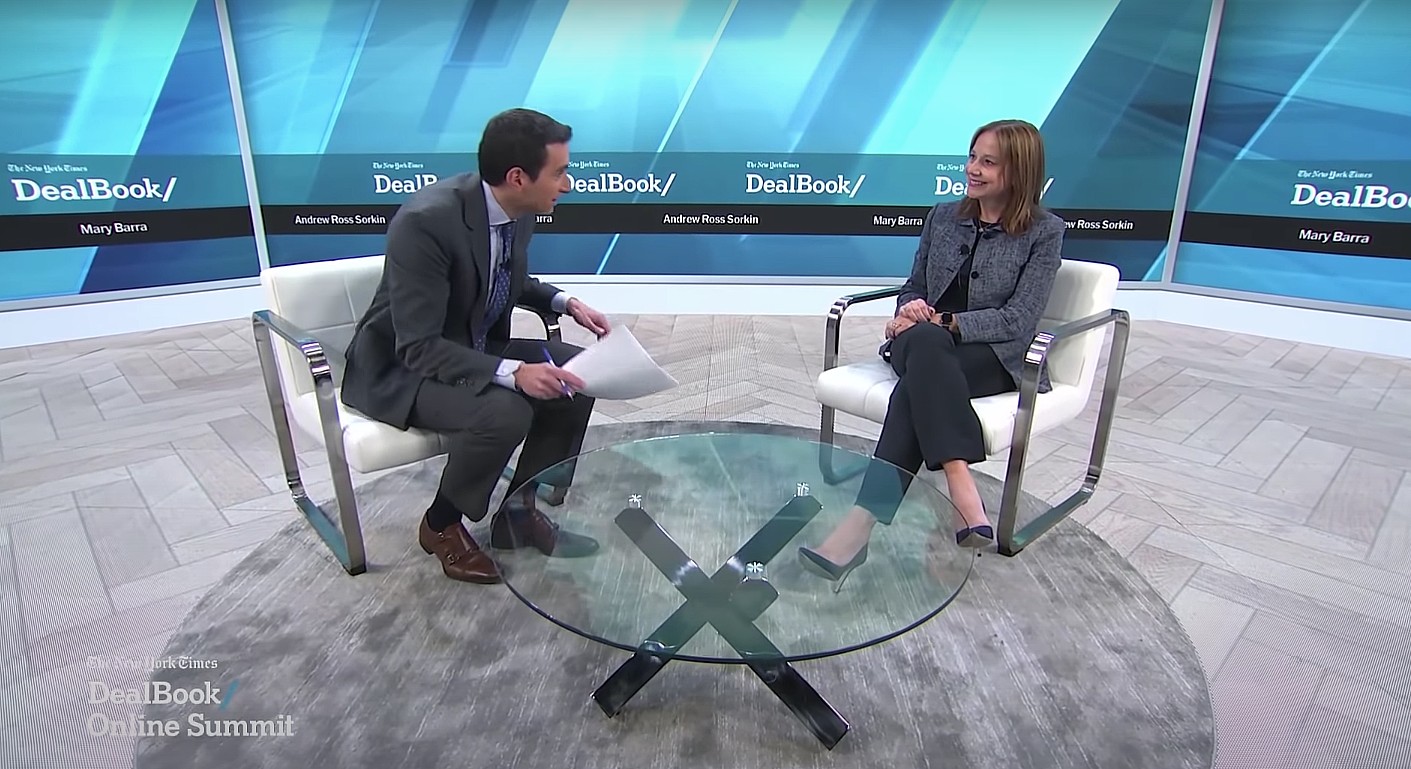 It appears that the idea of General Motors CEO Mary Barra being a leading force in the automotive sector’s transition into electric vehicles is well embraced by the executive herself. During a conversation with CNBC’s Andrew Sorkin at the New York Times DealBook Online Summit, Barra declared that GM is the leader in the United States’ electric vehicle sector, even as she practically acknowledged that Tesla holds over 60% of the country’s EV market today.

The CNBC anchor’s questions to the GM CEO were surprisingly tough. Over the course of their conversation, Sorkin asked Barra about GM’s market cap as compared to Tesla, self-driving cars, US President Biden’s Tesla snub during the White House EV summit, the upcoming revisions to the country’s EV incentives, and the idea of Tesla workers potentially earning more in a non-union workplace. More importantly, the CNBC host asked the CEO if GM could catch up to Tesla since the veteran automaker currently holds just about 9-10% of the EV market, while the Silicon Valley-based carmaker holds 63%.

“Right now, GM, in terms of the electric vehicle market, you have about 9-10% of the market. Tesla has about 63% of the market. Five years from now, if you succeed — but everybody else has their own success in this space — what does that pie chart look like?” Sorkin asked.

Quite surprisingly, Barra responded by stating that GM is the leader in the United States’ electric vehicle sector today. The CEO also noted that GM is currently number two in China’s EV market. Overall, Barra stated that she remains optimistic about GM’s future in the electric vehicle sector, and she has no intention of conceding General Motors’ leadership position to anyone.

“Well, we have said, just like we’re the leader today, if you set aside you know with the distortion that’s happening with the semi shortage, we have been the leader in the United States. We’ve been number two in China for many years. I think, when you get to wanting to get 50% all EVs, you have to win customers that only drive one vehicle. They only own one vehicle. They depend on that vehicle every day.

“General Motors has brands that they trust. We have the highest loyalty rating. We have manufacturing plants that are ready to go, and so, when I look at our ability to scale, to serve customers, I think we’re incredibly well-positioned. And we’re not going to cede our leadership position to anyone,” Barra said.

While the GM CEO’s statements may raise some eyebrows considering its apparent disregard for the fact that 63% is larger than 9-10%, the narrative of GM being a leader in the electrification of the auto sector has been echoed by the Biden administration itself. During his visit to General Motors’ Factory Zero in Detroit, US President Joe Biden patted the executive on the back, stating that the CEO “changed the story” and that she “electrified the entire automotive industry.”

“In the auto industry, Detroit is leading the world in electric vehicles. You know how critical it is? Mary, I remember talking to you way back in January about the need for America to lead in electric vehicles. I can remember your dramatic announcement that by 2035, GM would be 100% electric. You changed the whole story, Mary. You did, Mary. You electrified the entire automotive industry. I’m serious. You led, and it matters,” Biden said.