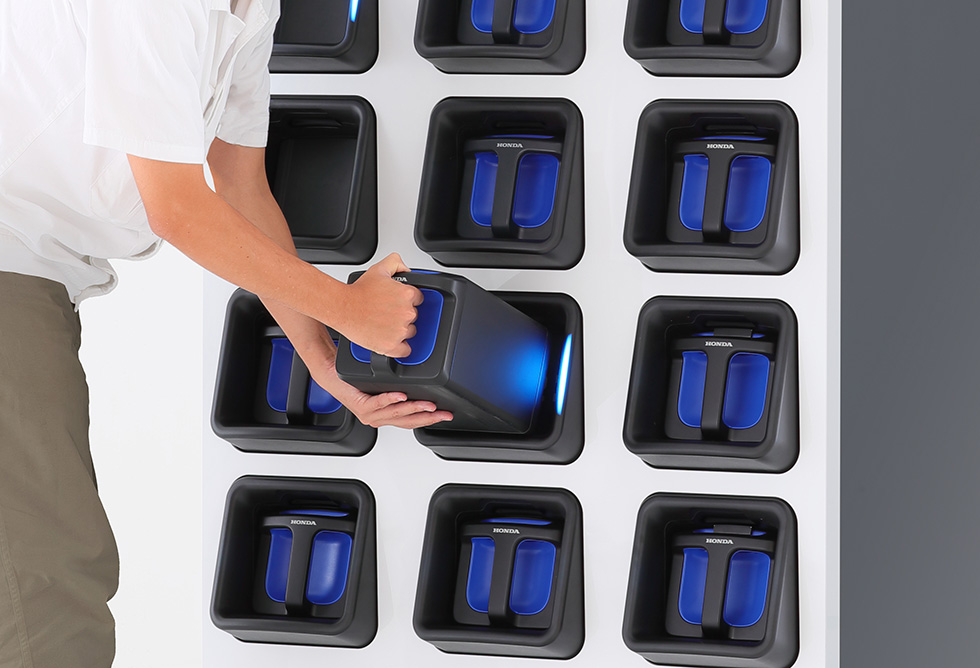 Honda has big plans to electrify its motorcycle division in the coming years, and part of that plan is ensuring that customers can keep their bikes charged. To accomplish this, Honda has cooperated with a large group of manufacturers in standardizing swappable batteries for motorcycles and scooters. And the place where Honda wants you to swap these batteries is the Honda Power Pack Exchange e.

The all-new HPPEe will be deployed first in Japan and India, where the swappable battery signatories, including Yamaha, Kawasaki, and Suzuki, could sell their bikes alongside the new infrastructure. The standardized battery version from Honda is the Honda Mobile Power Pack e (HMPPe). However, many anticipate the battery system will make its way to other Asian markets where two/three-wheeled transportation is the norm. 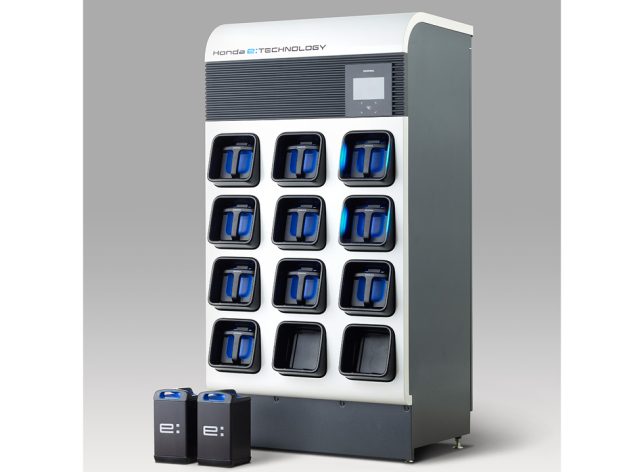 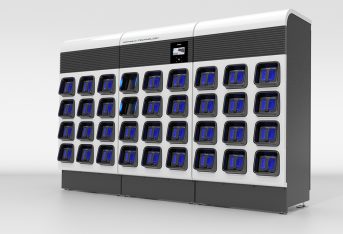 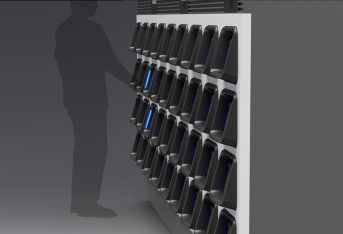 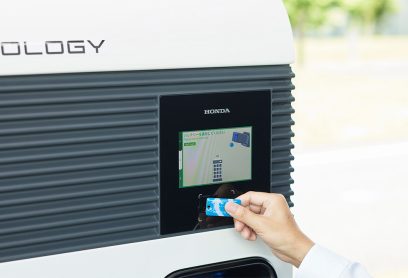 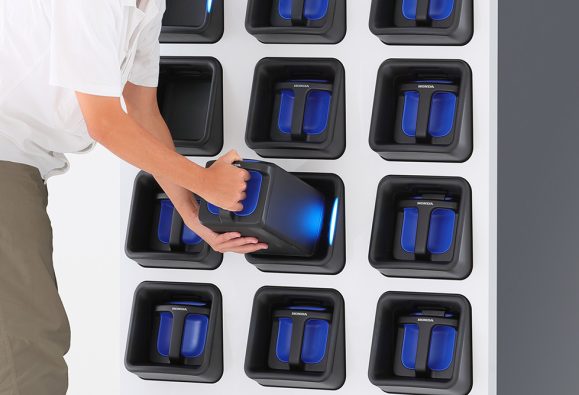 The HPPEe is a scalable solution to battery swapping. Each “cabinet” can hold and charge 12 batteries (HMPPes) at once, while the cabinets can be hooked together to offer more batteries to high-demand locations. The process of swapping batteries is intuitive. Customers place their depleted battery in the exchange (HPPEe), use a designated RFID card to unlock a charged battery, and then place the charged battery into their vehicle.

Each battery has a capacity of 1.3kWh and, according to Honda’s Japanese website, has an MSRP of 88,000 yen ($601). Different numbers of batteries can be used in different motorcycles/scooters, allowing manufacturers and customers to decide how much capacity they need.

In Honda’s electric motorcycle announcement earlier this year, they had planned for numerous motorcycles to come to the U.S. and Europe. However, it is unclear if the company also plans to introduce battery-swapping stations in these locations. In all likelihood, these stations would not be available due to the far smaller demand for motorcycles in western countries. Instead, Honda and other manufacturers would aim for fast charging capabilities to fulfill customer needs.