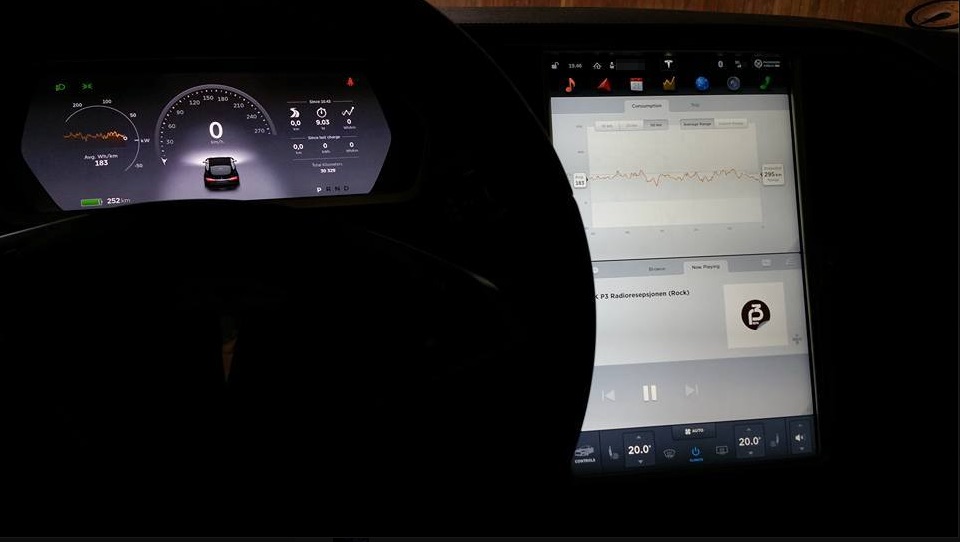 Yesterday’s leaked photo of a Model S with Autopilot validated that Tesla was well underway with its beta-testing program of Firmware 7.0 to select Model S owners throughout the Bay Area in Northern California, home to Tesla Motors headquarters.

However, this latest tip comes to us via email (tips@teslarati.com) from the land where Tesla is the #1 selling car in the country, and home to the winner of the first Founder’s Edition Model X – Norway.

Tesla is beta-testing in Norway and we have the first video detailing the crisp new user interface design of version 7 below.

As our readers immediately pointed out following our Tweet @Teslarati, the version seen in the video is of a S60 Model S that does not have the Autopilot hardware.

Elon made the announcement, to much fanfare, at last year’s infamous ‘D Event'(#ElonsD), that every Model S rolling off the assembly plant will come with a new “autopilot” feature that uses a combination of long-range radar, capable of seeing through all weather conditions, and an image recognition system designed to scan for traffic signs, people and objects.

The announcement left many recent buyers of the Model S, which were not equipped the Autopilot hardware, a feeling a sense of buyer’s remorse.

But the latest leak of Firmware 7.0, seen on an early generation S60 (thank you, @Chargingtimes for the correction), gives many early adopters relief that Tesla continues to improve on every version of the vehicle ever produced.

We’re sure Roadster owners are wondering where their 400 mile battery upgrade is coming, just about now.

Tell us what you think of the new design in the comments below.