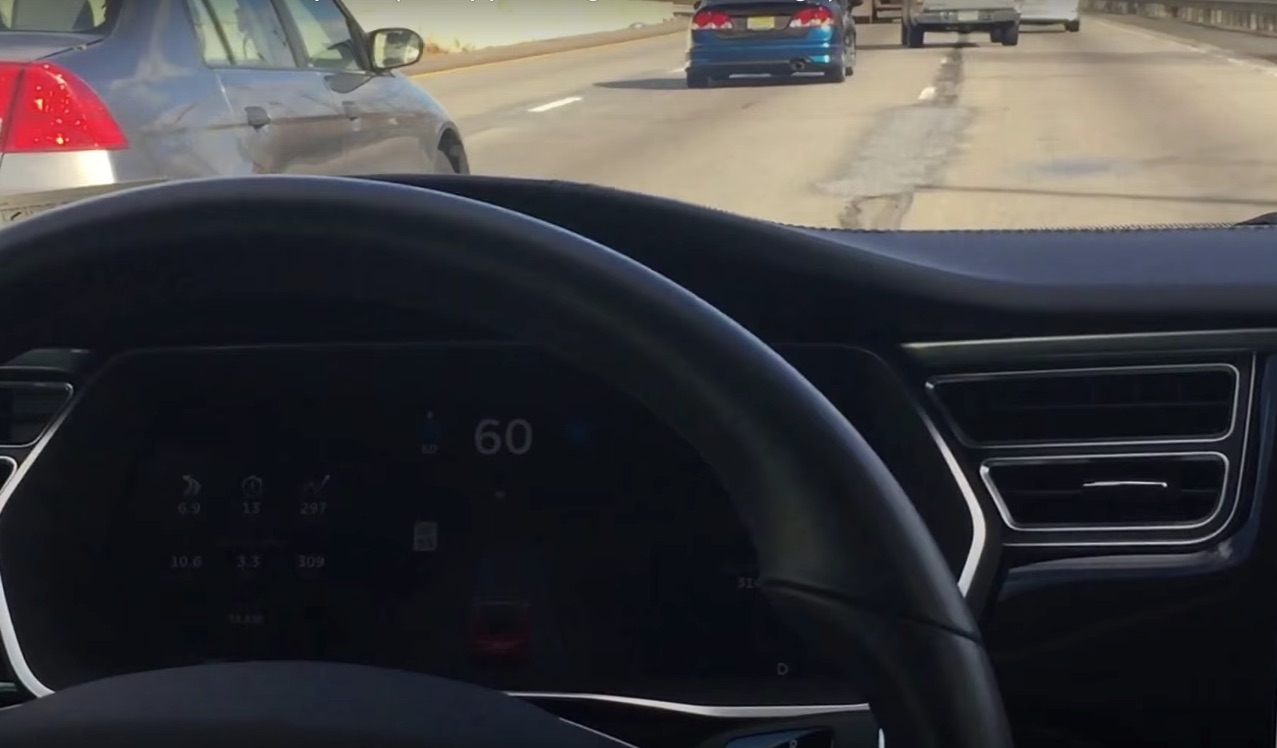 Autopilot has now been live for over a month. Some 40,000 Autopilot-enabled Teslas are currently on the road and combine for roughly a million miles of driving per day. I don’t believe it was clarified if those miles were Autopilot or in total but If we assume that just 10% of those miles are spent using Autopilot, Tesla would have already gathered data from 3,000,000 miles of driving. Fleet learning, the concept that when one car learns something the whole fleet learns something, is one of the many things that makes Tesla’s model of incremental improvements so revolutionary. Changes can be made quickly and the software can be refined using data that would be otherwise impossible to collect. They are even creating incredibly detailed maps using the data collected from these cars.

All of this is good news for many reasons, not the least of which is this: roads are not perfect. Whether the road is just old with faded markings or in the midst of being refreshed via construction, lanes are not always consistent, nor are they always clear. Even where they are perfect, it wouldn’t take long for a car driving at highway speeds to reach a stretch of road where that is no longer the case and the lane marking disappear.

So what happens when Autopilot experiences disappearing lane markings?

Here is how the manual describes perfect operation. Autosteer builds upon Traffic-Aware Cruise Control, intelligently keeping Model S in its driving lane when cruising at a set speed. Using the forward looking camera, the radar sensor, and the ultrasonic sensors, Autosteer detects lane markings and the presence of vehicles and objects, steering Model S based on the lane markings and the vehicle directly in front of you.

Note: In most cases, Autosteer attempts to center Model S in the driving lane. However, if the sensors detect the presence an obstacle (such as a vehicle or guard rail), Autosteer may steer Model S in a driving path that is offset from the center of the lane.

What it doesn’t describe is what happens when one of the lane markings disappears while Autosteer is engaged. In my experiences, the car does an excellent job of tracking the vehicle directly in front of it. That is one way the Tesla keeps an appropriate driving path. We also know from the owners manual excerpt above that the car also uses the camera, among other hardware components to keep in the lane. In a system this complex, redundancies are necessary.

When one lane is no longer visible to the forward looking camera, the car will favor the other side. This assumes it sees no obstacles preventing that behavior. This may also be the reason I’ve experienced the car taking (or trying to take) an exit when the lane of travel widens and splits. I am hopeful that inadvertent exit taking is one of the things fleet learning and map data will help to eliminate over time. In fact, today I used Autopilot on a highway I don’t often take and on two occasions assumed the car would attempt to follow the exit but was pleasantly surprised when it did not.

Just as quickly as a clear lane marking can become unclear, the Tesla will sense and act. Drivers should regularly check the center dash screen to understand the status of Autopilot. The act of monitoring the data that is presented on the screen and mentally process that information helps a driver to better understand how the system works. As a result, a driver learns how to work the system. Watching how the car physically reacts to things such as an unclear lane markings also makes drivers more confident in the system’s abilities. Limitations and situations when it is appropriate to take over will become apparent and all combined, lead to responsible and successful trips. We learn from it while it learns from us.

In the video below, I show you exactly what it looks like when the car loses sight of a lane and corrects itself to maintain a safe driving path. Please excuse the quality of the video. Bright sun made seeing the display screen challenging, and I manually held the camera in an attempt to show both the screen and the road ahead, while not showing the driver’s shoulder.