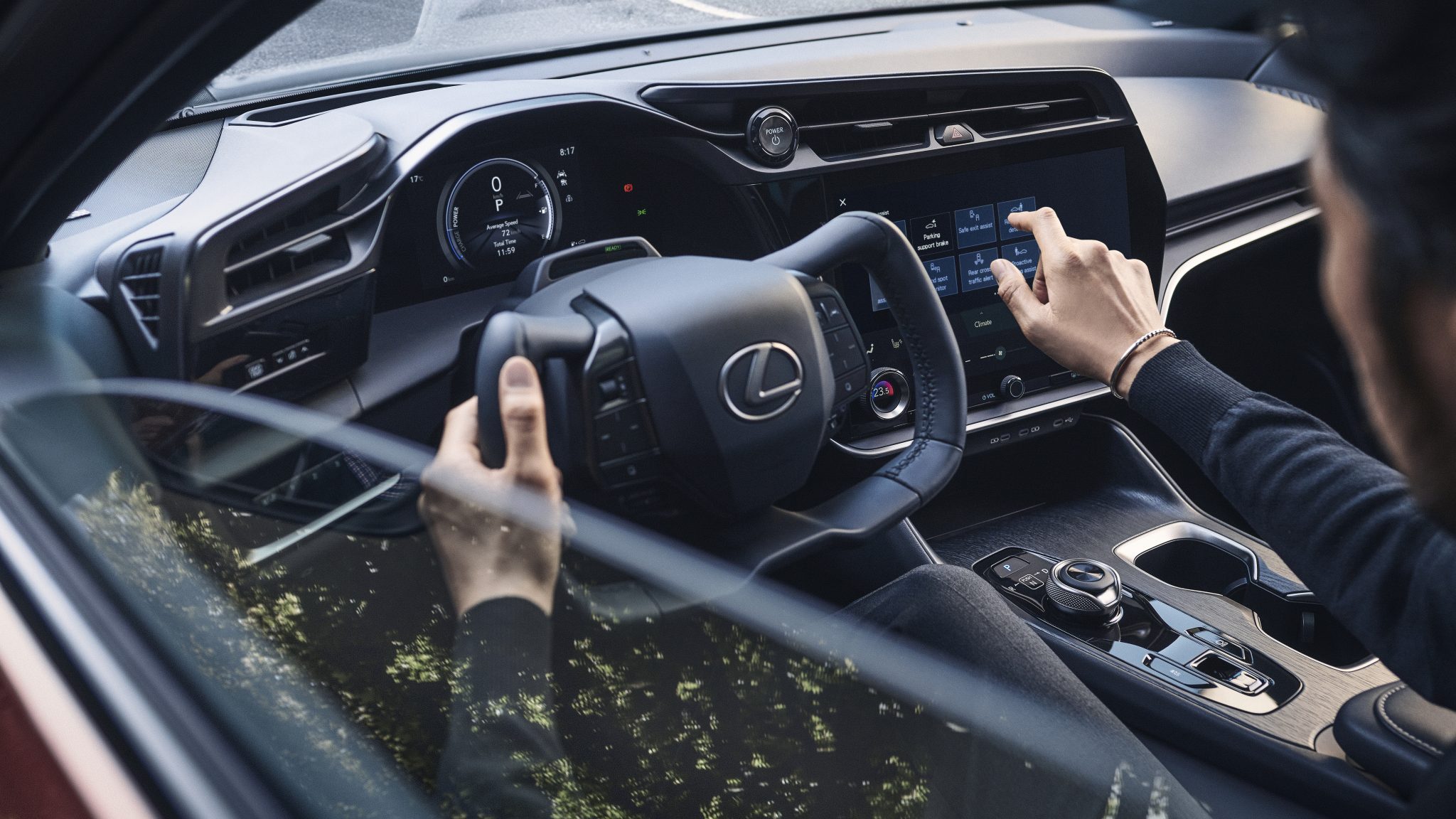 Lexus will reveal its newest electric vehicle on April 20, and it will have a steering yoke just like the new Tesla Model S and Model X.

The Lexus RZ 450e will make its world debut on April 20 at 6 am ET. While details are currently slim, Lexus teased a few images of the vehicle’s exterior. It rings true to Lexus’ classic luxury design, which features sleek and streamlined features that scream luxury and performance.

The all-new, all-electric #LexusRZ 450e. All will be revealed April 20 at 6AM ET. https://t.co/AMwCrZkjx5 pic.twitter.com/bRnBwgLVHo

“Developed under the ‘Lexus Driving Signature’ philosophy, the RZ is the first dedicated Lexus BEV (Battery Electric Vehicle),” Lexus said. “It is designed and engineered to set a new benchmark in terms of premium driving experience, providing the driver with a carefully crafted and intimate connection with their car, characterized by confidence, control, and comfort.”

One interesting feature regarding the Lexus RZ 450e is that it will pack the yoke steering wheel, which has been a highly controversial addition to Tesla’s premier flagship vehicles, the Model S and Model X. The yoke is certainly not for everyone, as it has received mixed reviews from Tesla owners. However, Tesla decided to go all-in when attaching the yoke to the S and X’s refreshed designs, making it the only possible option for the cars. Of course, publications like Consumer Reports were quick to give their review of the yoke, where it received negative marks. However, the yoke is purely personal preference.

Regulators in the United States have no preference in whether the yoke is included or not with new vehicles. After contacting the NHTSA, the United States’ governing agency for vehicle safety, Teslarati was told it was in contact with Tesla regarding the yoke. However, manufacturers are responsible for making “good faith” decisions in terms of vehicles and are required to use their best judgment when determining safety features.

It is currently unclear whether the yoke will be standard or optional in the Lexus RZ 450e. More details about the car will be included in the April 20 unveiling event.