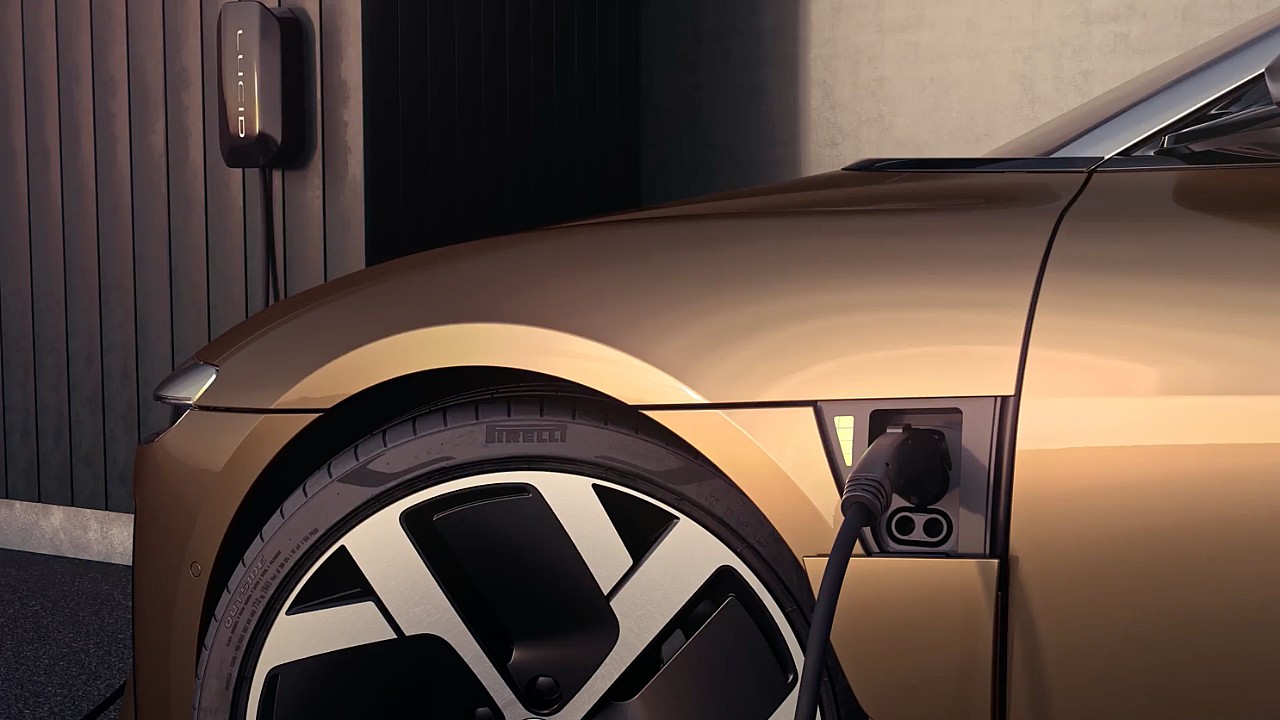 Lucid has released details for its electric vehicle charging infrastructure, indicating that it has agreed to multiple partnerships with both Electrify America and QMerit. The collaboration between Lucid and the two charging companies will not only provide the automaker with best-in-industry peak charging rates, but it will also provide owners of the company’s cars with bi-directional home chargers for car-to-grid capabilities.

The announcement comes on the heels of a press release that was released on August 11, which indicated that Lucid’s first electric vehicle, the Air, had received an EPA-estimated 517-mile range rating after tests from FEV North America.

In a press release from Lucid, the company detailed the Air’s charging capabilities, which include a peak charging rate of over 300kW thanks to an “ultra-high voltage 900V+ architecture.”

The Air’s charging capabilities will make it the fastest charging electric vehicle ever offered with the ability to receive up to 20 miles of range per minute. “For owners charging their Lucid Air in real-world conditions on the road, that translates into 300 miles of range in just 20 minutes of charging,” the release said.

The released details about the Lucid Air’s charging abilities point toward the company’s intention to make their debut electric vehicle the best in the business.

“We designed every aspect of the Lucid Air and its platform in-house to be hyper-efficient, from the powertrain to the aerodynamics, and we’ve set several new benchmarks through these efforts including the longest range EV with an estimated EPA range of 517 miles,” Eric Bach, the Vice President of Hardware Engineering, said. “With our ultra-high voltage 900V+ electrical architecture and the proprietary Wunderbox, we have significantly increased the speed of energy getting into, around, and even out of the vehicle, delivering the world’s fastest charging EV packed with future-ready charging features.”

Thanks to a partnership from Electrify America, Lucid Air owners will have the ability to charge their vehicles for free thanks to three years of complimentary charging at any of the 2,000 stations EA has nationwide. Offering charging speeds between 150kW and 350kW, Lucid states its infrastructure will support “ultrafast” EV charging, along with real-time availability updates across the United States.

Lucid has developed the “Lucid Connected Home Charging Station,” which is among the first AC charging stations with bi-directional charging that has ever been offered. “With bi-directional charging, owners can enjoy not just a more cost-
effective charging method, but also use their Lucid Air as a temporary energy reserve to power their homes, including off-grid vacation properties,” the company wrote in its press release.

The production version of the Air will be revealed during an online event on September 9, 2020. Information on the vehicle’s interior and exterior designs, as well as specifications, configurations, and pricing options, will also be shared during the event.