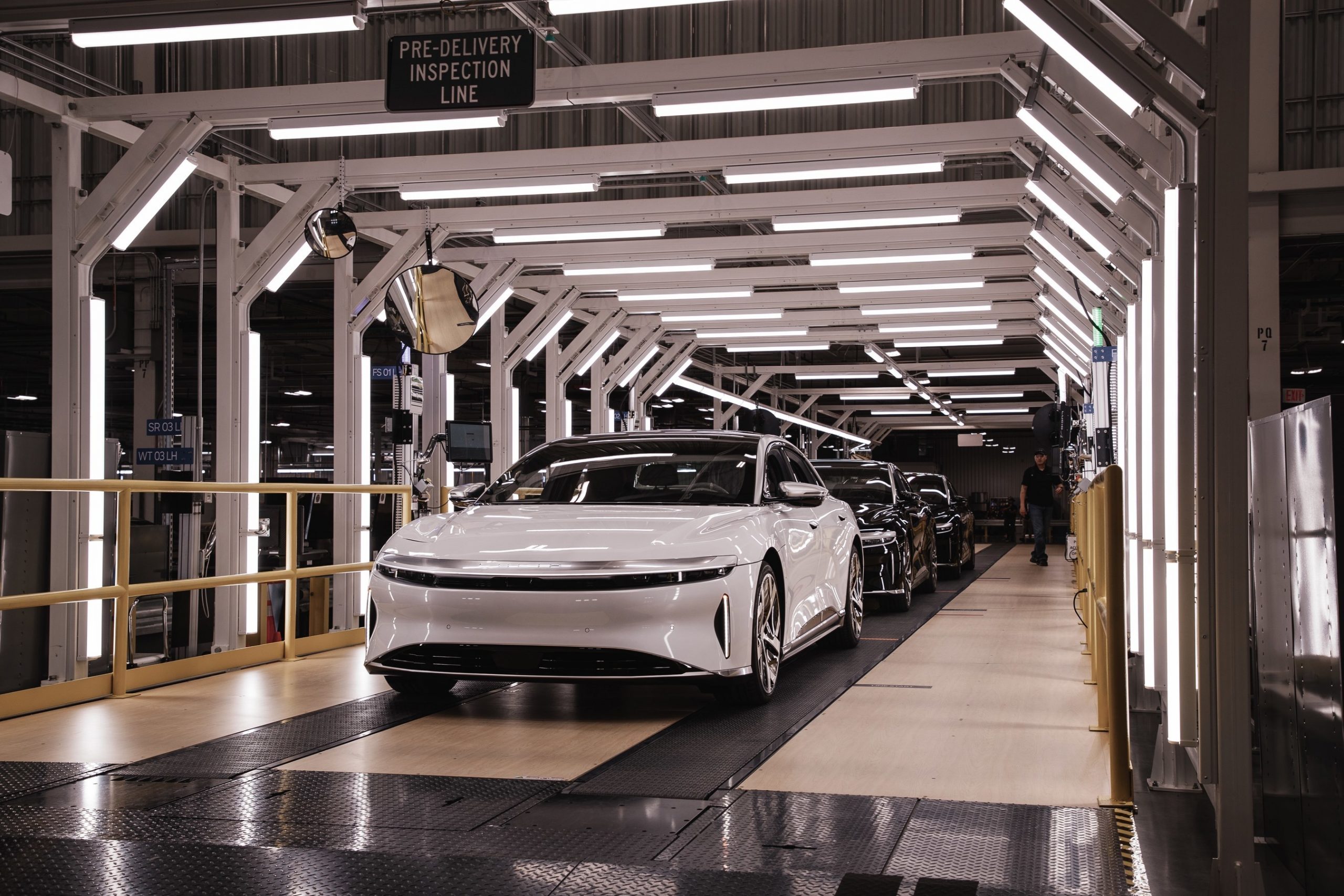 Lucid is set to begin construction on the third phase of its AMP-1 production plant sometime in 2023, with the project extending into 2024 and “possibly into 2025,” Teslarati learned.

“Construction of the Phase 2 Lucid building is still underway and will be well into FY23. Additionally, Lucid is discussing starting work on future phases associated with the build-out of their development on Lot 1 of the Lucid Final Plat. This additional construction is likely to start in FY23 and run into FY24 and possibly into FY25.”

The Phase 3 expansion will not only build new buildings but will also increase the size of existing facilities, which will help support the company’s hopes of boosting production to 400,000 units every year. It will also add a Customer Experience Center, increasing foot traffic to Lucid’s production plant.

Lucid is preparing for an increase in vehicle traffic at the Casa Grande factory. Not only will an increase in vehicle production add more haulers to the local roadways, but the addition of a Customer Experience Center will add visiting vehicles to the property. Due to this, The City of Casa Grande is investing nearly $7 million to expand and improve roadways near the site, including Thornton Rd. from Peters Rd. to Selma Highway:

“The city is financially responsible for all aspects of the project, including payment to the EMW JV in the amount of $6,913,116.56 upon completion of their work. There is also included a project contingency amount of $315,247.44 for unforeseen conditions.  Total Guaranteed Maximum Price Stage 2 (GMP 2) for Thornton Road – Selma Highway to Peters Road is $7,228,364.00.”

Currently, Lucid’s Phase 2 expansion is still underway. This expansion project, known as Phase 2, started in 2021 and is still being completed. It will not be finished until “well into 2023,” according to the documents seen by Teslarati.

In late 2020, we initially reported on the start of the Phase 2 expansion, which included the construction or modification of several facilities:

The Phase 2 expansion of the AMP-1 facility will supplement Lucid’s continuously-growing order bank, while Phase 3 will support new building construction and existing building expansion. The company has struggled to keep production lines rolling due to “extraordinary supply chain and logistics challenges,” it said during its recent Q2 Earnings Call. The automaker also slashed production output projections for the year by 50 percent, only expecting to build between 6,000 and 7,000 units in 2022.