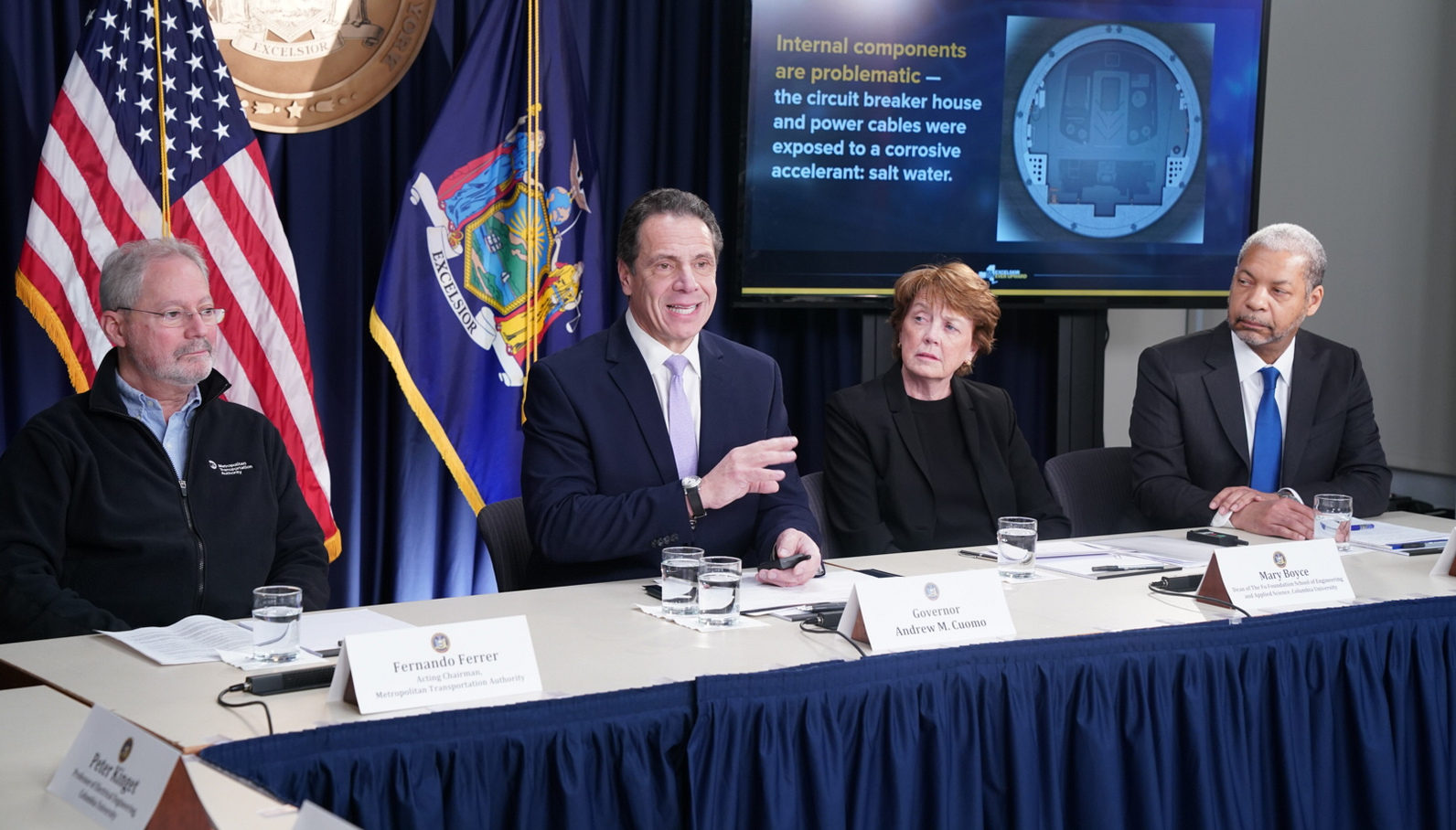 The Governor of New York State, Andrew Cuomo, announced on Thursday evening that the current plan to shut down the 225,000 commuter-strong L-train tunnel in the New York City public transportation system for a 15-month-long repair process will no longer be necessary due to a plan implementing new reconstruction techniques. After consulting with a panel of expert engineers from Columbia and Cornell Universities, a new design was proposed to be used in the tunnel which would streamline the repair process and require closures during nights and weekends with partial train tunnel service still available. When asked in a conference call Friday whether other innovators such as Elon Musk of Tesla and The Boring Company were consulted, the governor said Musk had not advised on this specific issue, but was consulted on improvements to the subway’s signaling system. The Metropolitan Transport Authority (MTA), New York’s transportation network, accepted the Governor’s panel recommendations following the announcement.

The L train tunnel under the East River connecting Brooklyn and Manhattan in New York, known as the Canarsie Tunnel, was damaged during Hurricane Sandy, the Category 3 major hurricane which affected the entire eastern seaboard of the United States in 2012. Its storm surge hit NYC on October 29, flooding huge portions of the island, including 9 of the 14 underwater tunnels in the city’s transport system. Of these, 6 have already been repaired. According to the MTA, the damage to the Canarsie Tunnel is comparable to tunnel damage experienced on 9/11, underlining the extent of the repairs needed and the reason behind the original required shutdown. 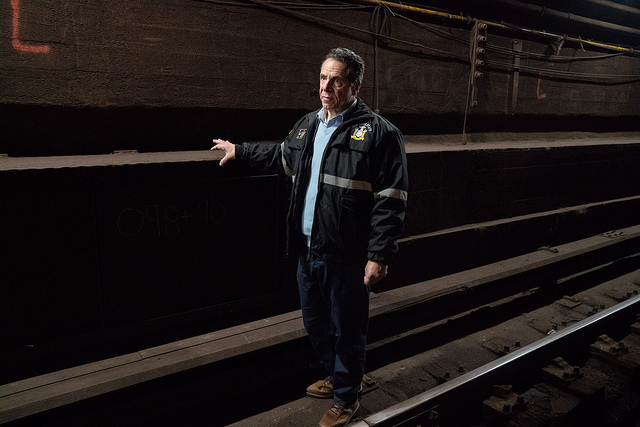 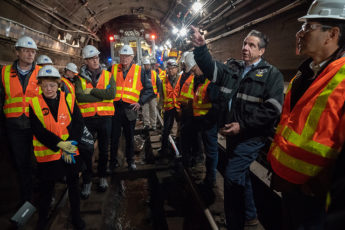 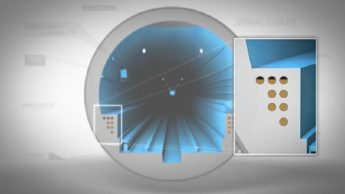 A graphic representation of the duct banks damaged in the Canarsie Tunnel during Hurricane Sandy. | Credit: MTA

Saltwater flooding in from the East River during Sandy significantly damaged the infrastructure of the 7,100-foot-long tunnel, including tracks, signals, switches, cables, and lighting. The flood waters additionally filled protected cable tube pathways called “duct banks” throughout the tunnel, and once dry, the silt hardened to a cement-like consistency inside them, making it impossible to rip out and restore the damaged components. Canarsie Tunnel also opened in 1924, adding age to the brewing number of problems being amplified by the lingering effects of corrosive saltwater remnants from Sandy.

In 2016, residents were informed the tunnel was possibly going to be shut down for 15 months to address the extensive repairs, causing significant commute challenges for the approximately 225,000 riders depending on the service. The date for service closure was scheduled to begin April 27, 2019, but the impending deadline motivated Governor Cuomo to seek out alternative solutions. “I can’t tell you the number of people in Brooklyn who have looked me right in the eye and said, ‘Are you sure that there is nothing else that can be done and there’s no way you can possibly shorten this?’,” Cuomo stated in a recent press conference announcing the new subway repair plan. 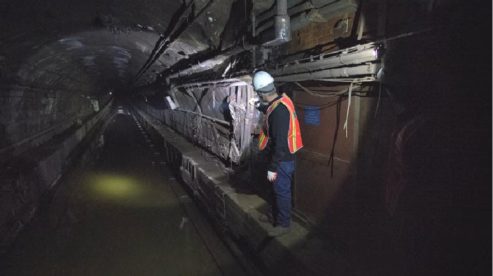 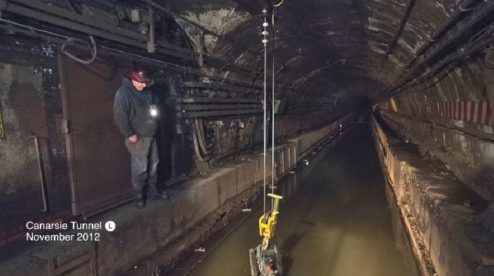 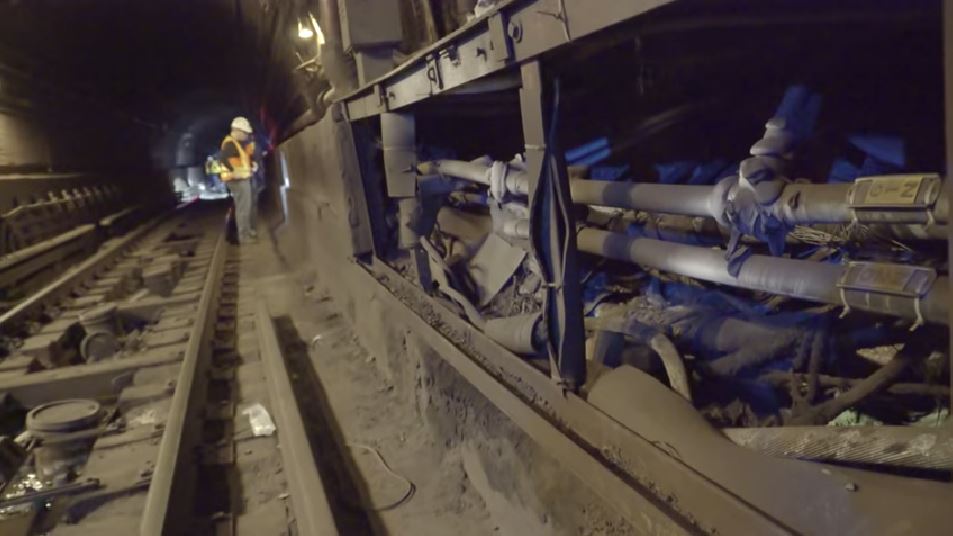 The repair announcement was the end result of a review process Governor Cuomo began on December 14, 2018, wherein he and a consulting team walked through the damaged tunnel to assess the repairs needed first hand. While the plan will take longer than the original project’s timeline – 20 months instead of 15 – the ability to remain open during the repairs is a welcome relief for city residents. The technology that will enable the tunnel to remain open includes wire wrapping along with ultrasound and laser measurement (LIDAR) tools to assess and monitor damage. Engineers from Cornell University’s College of Engineering and Columbia University’s Fu Foundation School of Engineering and Applied Science with expertise in the type of construction involved were the primary sources for the solutions chosen.

Similar to the innovations that came from Musk’s Boring Company tunneling project, the governor has hopes that the unique system planned for the Canarsie Tunnel will inspire other similar repair projects. “This could be a national model because it is a totally different way to reconstruct a tunnel,” Governor Cuomo touted at the press conference. Also, according to the governor, the techniques in the new plan have been implemented in projects in Europe before for bridge repair, but not in tunnel reconstruction. He hopes to bring more out-of-the-box innovations to the city’s transportation as well. In reference to Elon Musk’s companies, he said, “I don’t believe a time where they’re talking about flying cars and you can get into a car and drive 100 miles on the LIE and never touch the steering wheel, that there’s not a better technology that can regulate the trains!”

For more about the announcement and repair plan, watch Governor Cuomo’s press conference below: