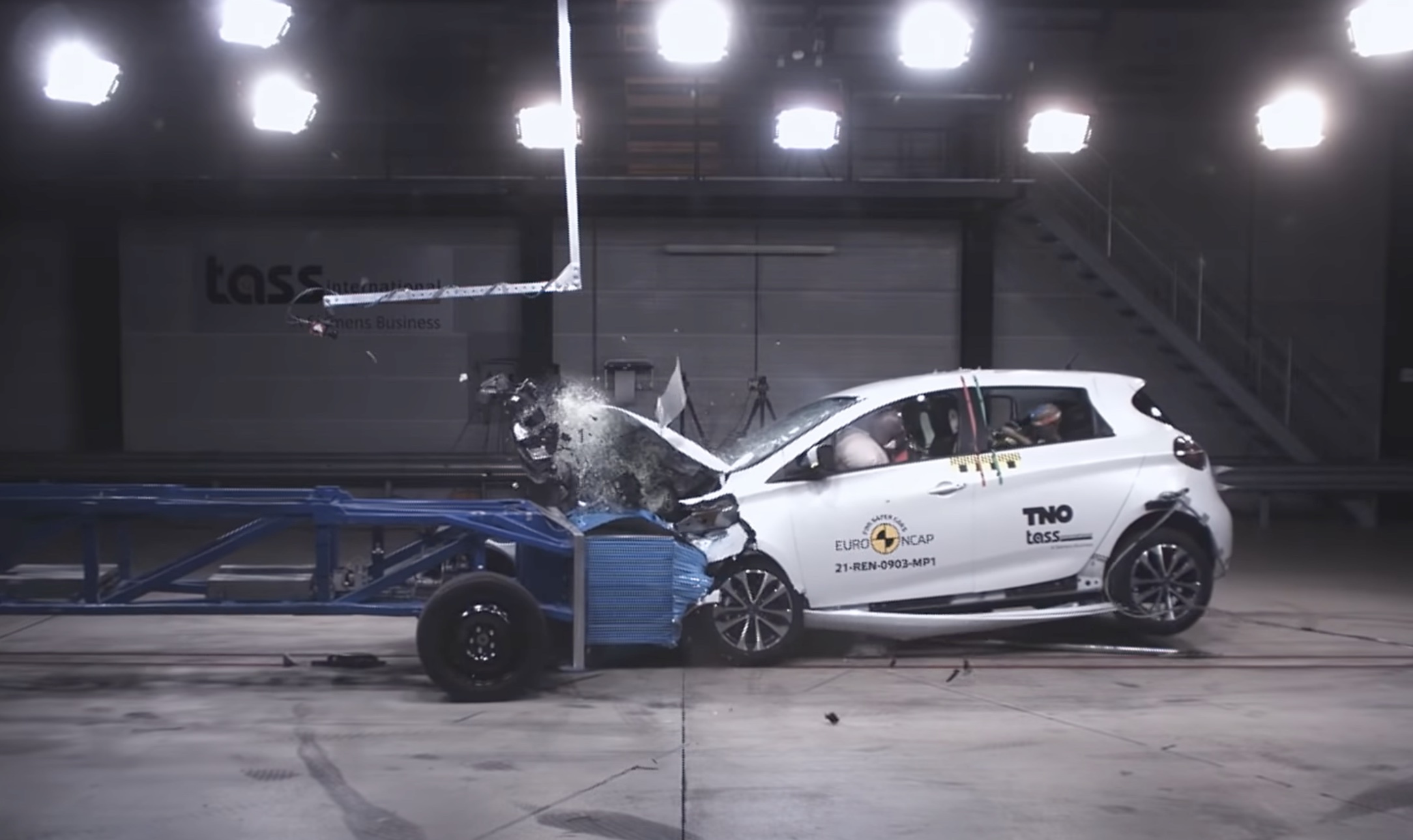 The European New Car Assessment Program (Euro NCAP) recently gave the Renault Zoe a startling zero stars in its latest round of safety tests. The French automaker’s Zoe has been a popular electric vehicle in Europe throughout the years.

As per the Euro NCAP’s report, released in December 2021, the Renault Zoe received low scores across the board in categories including Adult Occupant, Child Occupant, Vulnerable Road Users, and Safety Assist.

The electric vehicle’s highest score was 52% in the Child Occupant category, where it received 25.9 points in total. The Euro NCAP commented that the frontal offset test on a 10-year dummy indicated the Zoe provided poor protection around the neck while the head and chest were marginally protected.

The breakdown for the Zoe’s Child Occupant scores is listed below.

The Zoe scored the lowest in Safety Assist, receiving only 14% and a total of 2.2 points. The Euro NCAP noted that the car’s seatbelt reminder system was standard for all seats, but it lacked a fatigue-detection system. Lane Assistance and the Zoe’s AEB system were optional and not included in the Euro NCAP’s assessment.

The Zoe’s Safety Assist score was broken down into four categories, as seen below.

Renault said in a statement that the Zoe was a safe vehicle that met regulatory safety standards.

“These standards are constantly evolving and are becoming more and more strict in all areas, especially in terms of security,” Renault stated. “Renault is therefore continually improving its offer in order to comply with the regulations applicable where its vehicles are sold.”

As the advent of self-driving vehicles gets closer, it does seem that agencies like the Euro NCAP are getting stricter with safety ratings. As car technology advances, the way people evaluate vehicles and agencies needs to keep up with the times, along with manufacturers.

“Renault was once synonymous with safety,” said Michiel van Ratingen, the Euro NCAP secretary general. “But these disappointing results for the Zoe and the Dacia Spring show that safety has now become collateral damage in the group’s transition to electric cars.”

In his statement, Ratingen referred to another Renault electric vehicle, the Dacia Spring model, which also received poor safety ratings. Although the Dacia Spring did slightly better, receiving a 1-star safety score in Euro NCAP tests.

Watch the Euro NCAP video of its safety tests with the Renault Zoe below!