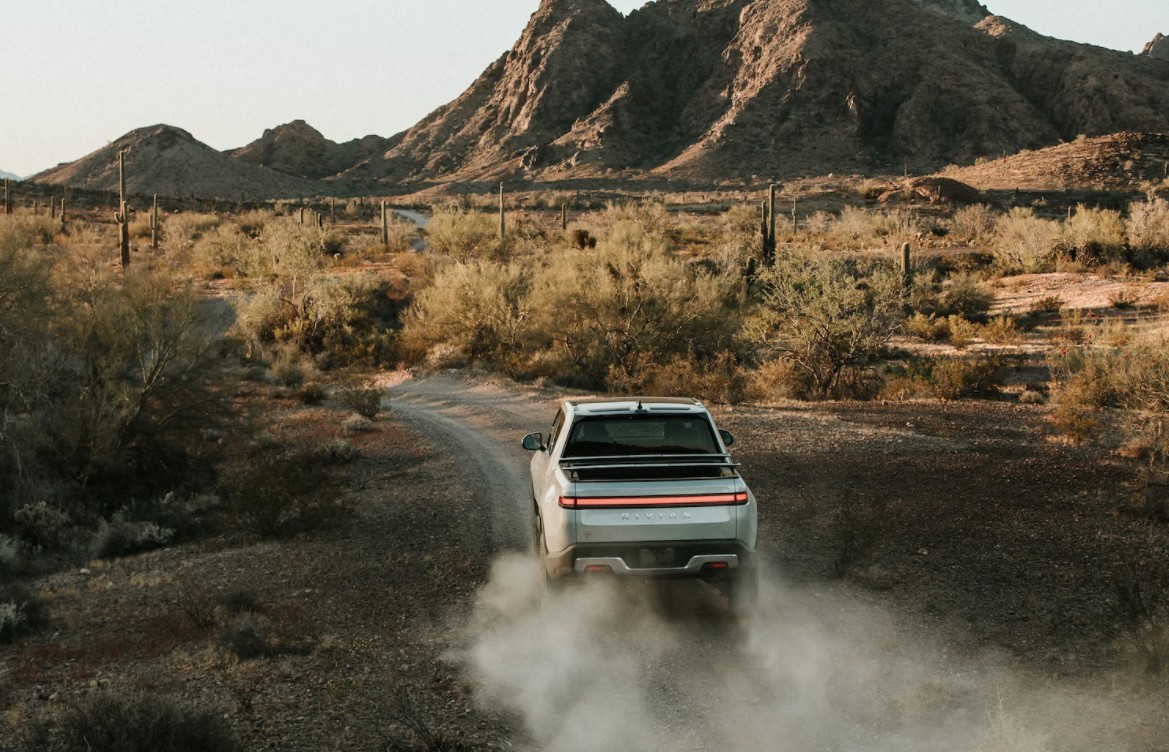 Videos and pictures inside a Rivian R1T were recently shared by some lucky passengers. The snapshots and footage show the Rivian R1T’s interior, UI, and controls.

Pictures shared by Rivian Forum members give R1T fans a closer look at the all-electric truck’s UI and center console display. One photo shows the different modes drivers can select while on the road, including All-Purpose, Sport, and Off-Road.

Some parts on the screen were unclear, so it was not evident if the Rivian R1T included Drift Mode. In February, Rivian CEO RJ Scaringe hinted that the company was developing Drift Mode while behind the wheel of an R1T for winter testing.

Pictures of the UI also show that drivers can adjust settings to control the experience of the ride. For example, in that particular drive, the Ride was set to Stiff, Break Regen was set to High, and Stability was reduced.

Behind the steering wheel is the truck’s dashboard, which features another screen. In the photos, the R1T’s dashboard seems to display cars it detects directly ahead of it, functioning similar to Tesla’s basic Autopilot.

In April, Teslarati reported that Rivian removed any mention of LiDAR sensors in the R1T for its driver-assist system, Driver+. Rivian’s current website emphasizes that Driver+ is not a Level 3 autonomous system. Initially, Rivian planned to release the R1T with hardware capable of Level 3 autonomy.

Rivian R1T deliveries are scheduled to start next month. Rivian Guides have already started reaching out to reservation holders about their deliveries.