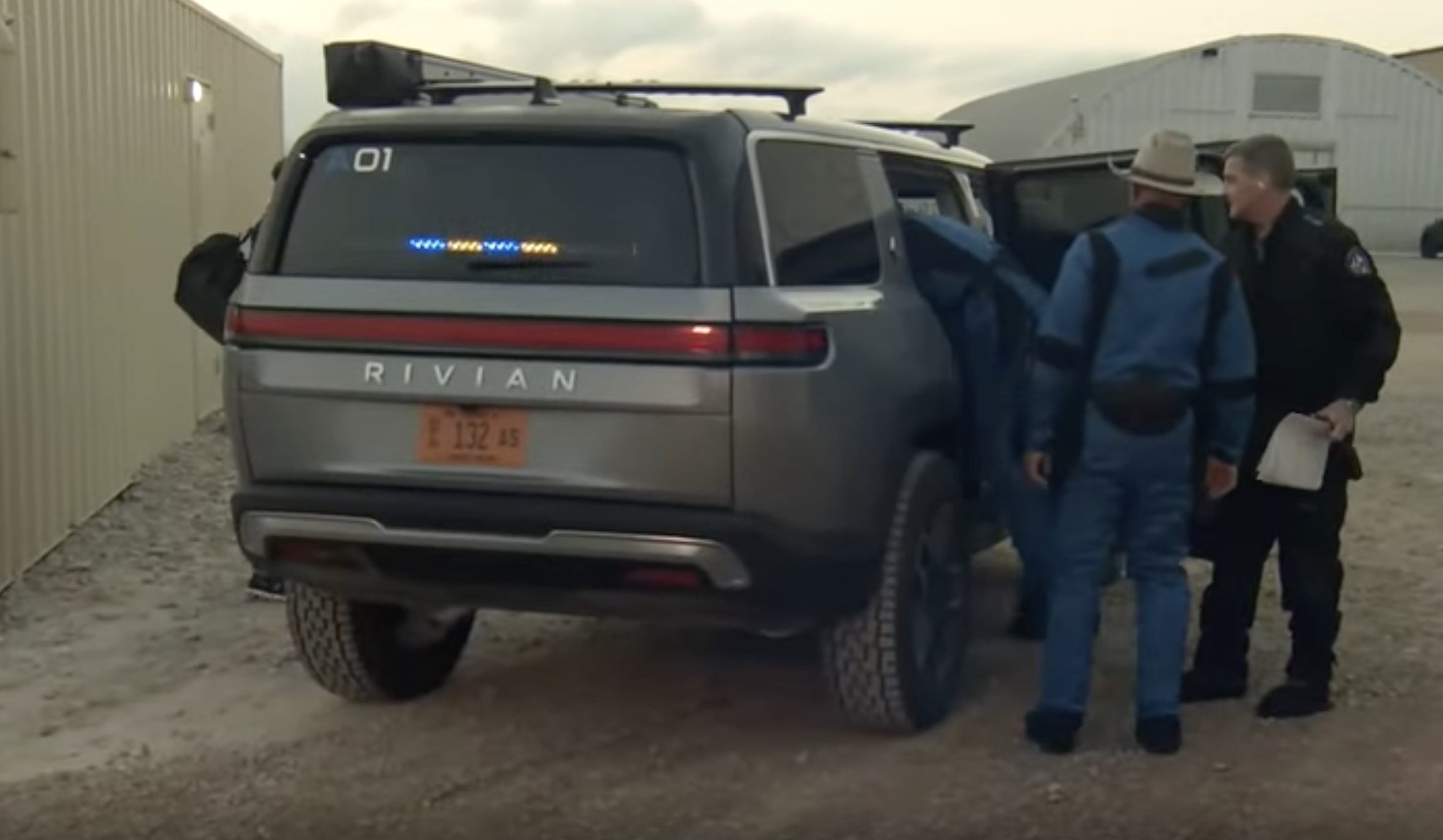 Blue Origin shared a short video of the astronauts heading to the launch pad and riding in a Rivian R1S. Rivian vehicles have a close connection to Blue Origin, thanks to its founder, Jeff Bezos.

Jeff Bezos has formed a seemingly close relationship with Rivian over the years. Amazon, another company founded by Bezos, is working with Rivian on electric delivery vans. Rivian deployed a few custom electric Amazon delivery vans in a few US cities already.

Rivian is to Blue Origin as Tesla is to SpaceX. Astronauts who go on SpaceX’s crewed launches always seem to ride a Tesla vehicle to the launch pad.

Tesla and SpaceX CEO Elon Musk congratulated Blue Origin after its first human flight landed successfully in the West Texas desert. Musk has encouraged and celebrated the success of other companies pursuing space flight in the past. Musk even bought a ticket to ride on a future Virgin Galactic flight.

SpaceX’s use of Tesla vehicles has generated interest in the automaker’s cars. The appearance of Rivian vehicles at Blue Origin events may do the same for the EV maker’s R1S SUV and R1T pickup truck.

Rivian still seems to be refining the production of the R1T pickup truck. The company recently postponed R1T deliveries again from July to September 2021. Previously, it moved R1T deliveries from June to July 2021.