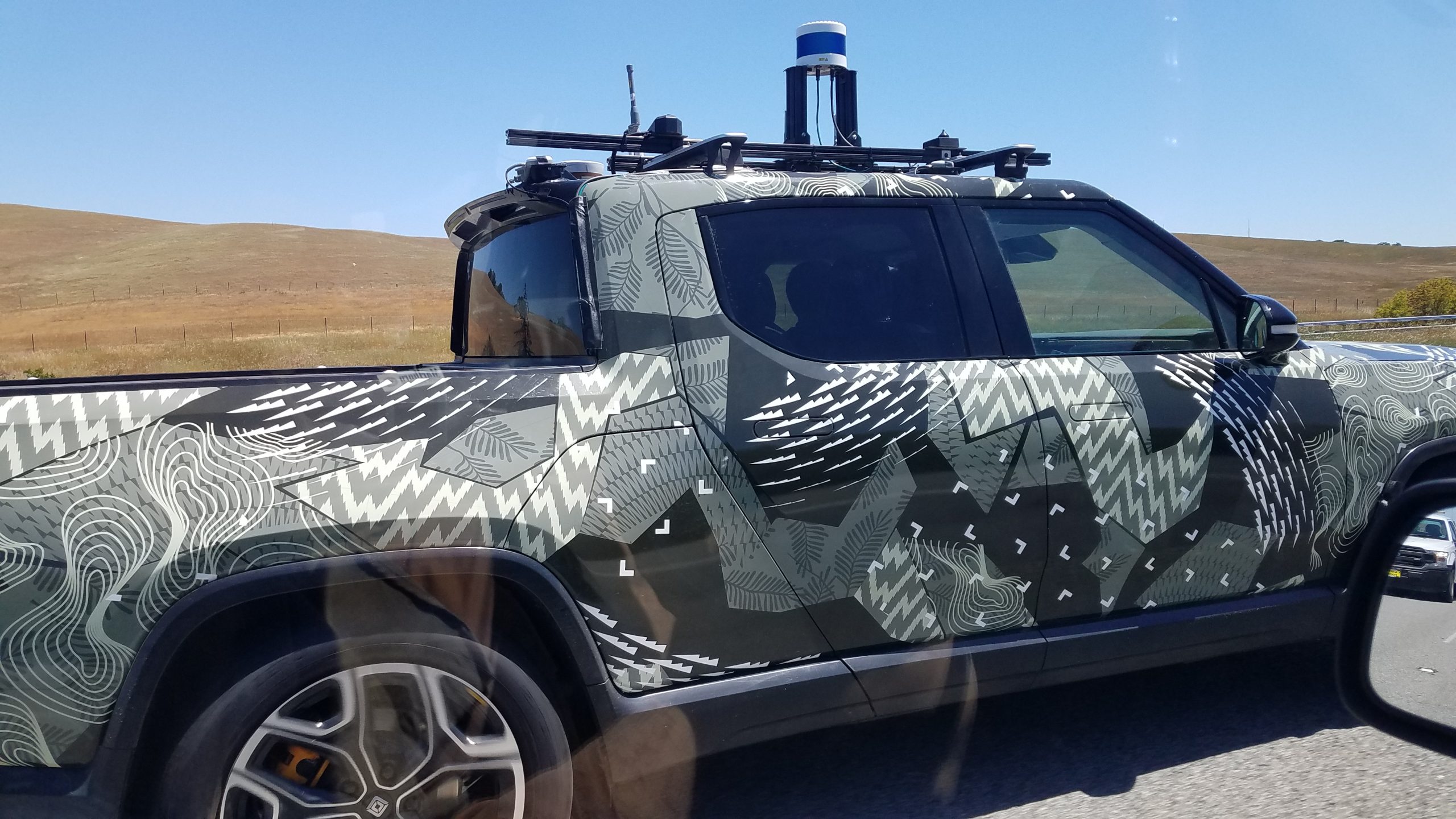 A Rivian R1T truck was spotted cruising along 280 SB before turning at Page Mill Road in Palo Alto, California. A LiDAR rig was attached to the all-electric R1T truck’s roof, suggesting that Rivian was testing its Driver+ assistance system.

A Teslarati reader shared photos of the R1T truck driving along Page Mill Road in Palo Alto. Rivian’s all-electric truck sported the usual camo wrap vehicles adorn while pending deliveries. He reported that the Rivian truck swerved when he got too close.

Rivian’s Palo Alto office focuses on developing the company’s software stack and vehicle electronics, including its base software platform, vehicle controls, cloud connectivity, autonomy, and in-vehicle UI/UX. With that information in mind, the R1T spotted with a LiDAR rig along 280 SB makes more sense.

The source also told Teslarati that he had seen a black R1T truck without camo in the area before he spotted the vehicle with the LiDAR rig. He believes the black R1T truck looked more like a pre-production vehicle.

Rivian will kick off R1T deliveries in June with the truck’s Launch Edition. The R1T Launch Edition is marked with special interior badging and comes in an exclusive Launch Green color operation. It also comes with Rivian’s Adventure Package, which includes the EV automaker’s Off-Road Upgrade.

Rivian started searching for Event Team Managers as soon as May began. According to the job description, each manager will lead a team in Rivian’s 4-month Driver Demonstration program, which will occur in several locations in the United States. The program will start in the summer, coinciding with R1T deliveries.