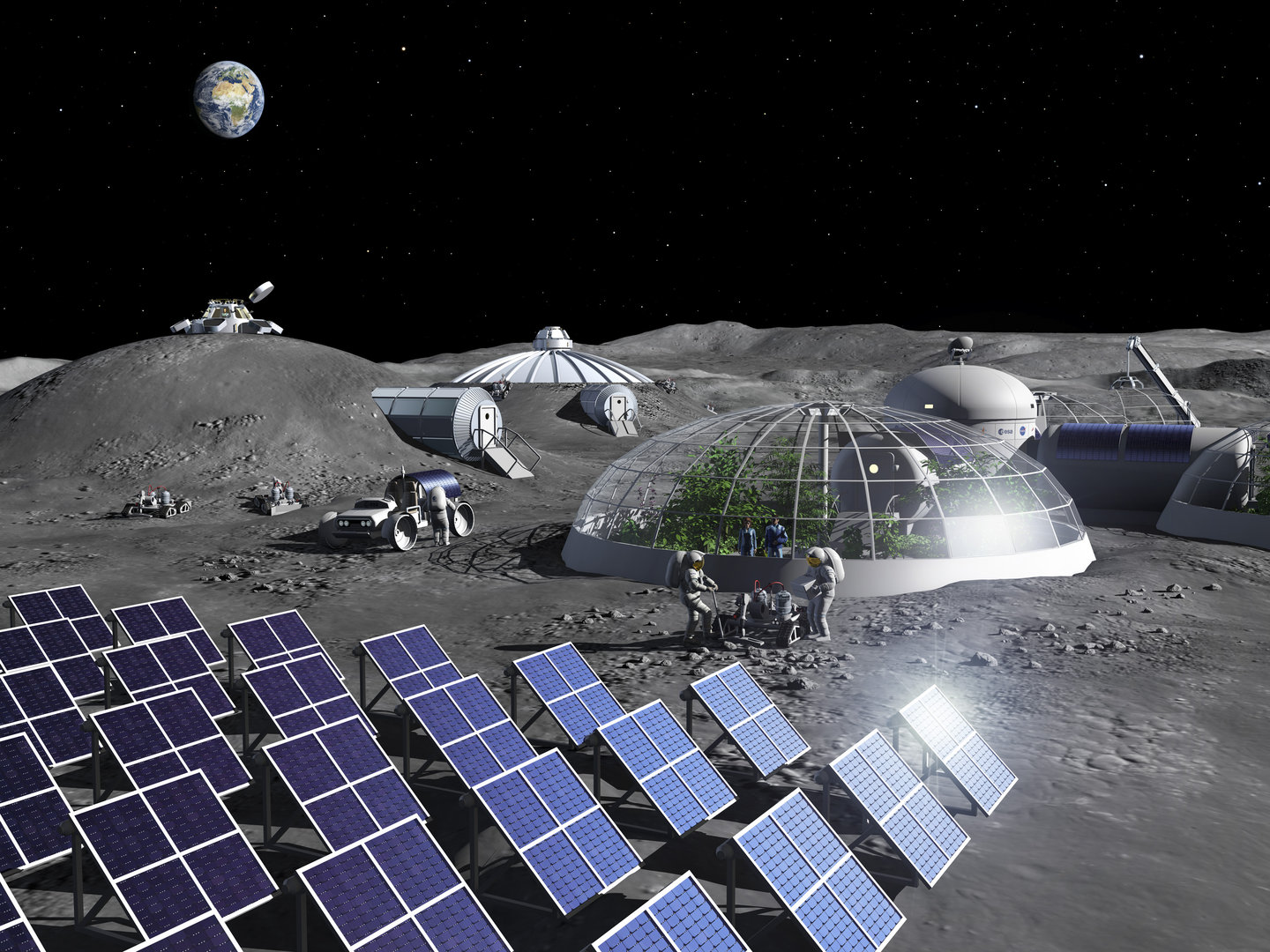 Future astronauts could one day live on the moon or Mars in habitats like these. Credit: ESA

Scientists from the European Space Agency have found a way to make oxygen out of moon dust in hopes to one day help astronauts use resources on the moon to make breathable air and even rocket fuel.

The Moon has a massive supply of oxygen — a valuable resource needed for future human missions. However, that supply is not in the atmosphere, but instead, contained within the dust on the lunar surface.

Stationed at the Materials and Electrical Components Laboratory of the European Space Research and Technology Centre (ESTEC), which is based in the Netherlands, scientists are looking for ways to facilitate living off-planet.

Last year, a group of European scientists proposed an idea on how to extract oxides from lunar regolith — a term used to describe the mixture of loose dust and dirt that covers solid rock. Now, they’ve taken that research one step further and built a prototype extractor to show how the technology would work.

If it works, it has huge implications for the future of deep space travel. Having a capability like this would provide people access to crucial resources that could facilitate the establishment of long-term bases on the moon and Mars.

“Having our own facility allows us to focus on oxygen production, measuring it with a mass spectrometer as it is extracted from the regolith simulant,” Beth Lomax, a chemist from the University of Glasgow in Scotland said in a news statement.

“Being able to acquire oxygen from resources found on the Moon would obviously be hugely useful for future lunar settlers, both for breathing and in the local production of rocket fuel.”

Thanks to samples brought back from the Moon’s surface, we know that the lunar regolith is teeming with oxygen (roughly 40–45% percent by weight). Unfortunately, that supply is not easily accessible.

Previous attempts to extract the oxygen from the regolith haven’t been that successful. But Lomax and her team, think they have what it takes. And it requires a bit of chemistry.

Using a technique called molten salt electrolysis, the regolith is first placed in a metal basket with molten Calcium chloride (an electrolyte) is added to it. The mixture is then heated to around 950 degrees Celsius. (It may sound hot but it’s still below the melting point of the regolith.)

Next, an electrical current is applied. This extracts the oxygen, so it can be easily removed.

The method was first developed by a UK company called Metalysis for commercial metal production. Lomax worked at the company while earning her PhD and recreated the process at ESTEC.

Her team says this method can extract up to 96 percent of the oxygen from the regolith; as an added bonus, the left over material is a mix of metal alloys.

The remnants can then be used for other projects, perhaps even as building materials fed into a 3D printer.

With ESA and NASA both planning on returning to the moon in the coming years, the team’s ultimate goal is to build a version that could operate on the moon.  That could happen sometime in the mid-2020s.

“We are working towards a sustained human presence on the Moon, and maybe one day, Mars,” explained Tommaso Ghidini, Head of the Structures, Mechanisms and Materials Division at the ESA.

This research could help make that goal possible.