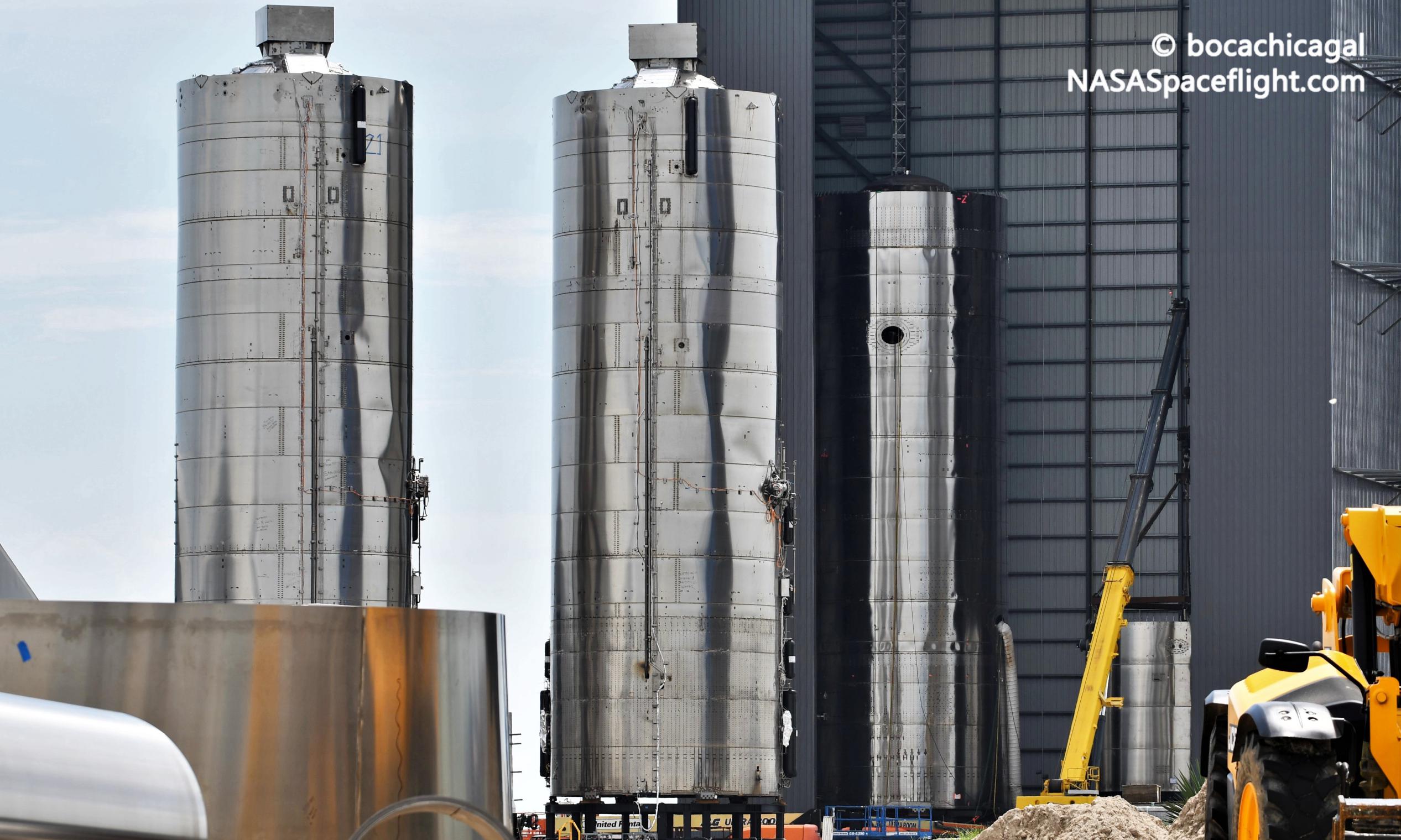 CEO Elon Musk says that SpaceX’s first high-altitude Starship prototype – built entirely out of a new steel alloy – will be fully assembled “about a week” from now.

On August 4th, SpaceX successfully hopped a full-scale Starship prototype (serial number 5 or SN5) for the first time, reaching the same 150m (~500 ft) apogee Starhopper soared to just shy of one year prior. On September 3rd, just 30 days later, Starship SN6 – an entirely different full-scale prototype with a different Raptor engine – completed an identical 150m hop, though Musk noted that it was “a much smoother & faster operation.” Indeed, the whole purpose of performing the same hop with two nearly identical ships was to develop and optimize the nascent process of Starship flight testing.

Musk’s indication that “several” short hops would be performed strongly implied that SN5, SN6, or both ships would fly a second time. Now, though, Musk – supported by a NASASpaceflight.com report – appears to be suggesting that the first high-altitude Starship (SN8) is up next on the docket.

According to NASASpaceflight, SpaceX is now working towards the first high-altitude launch of Starship SN8 as early as October. Prior to that ambitious test flight, though, several critical milestones stand in the way. Unmentioned, Starship test tank SN7.1 may be hours away from kicking off a cryogenic stress test crucial to the future of Starship SN8 and several of its successors. Built out of a steel alloy that is somewhat more ductile and pliable at cryogenic temperatures, a successful SN7.1 stress test would open the door for SN8 – the first full-scale prototype built out of the same new alloy – to begin testing immediately thereafter.

As with all tests, though, failure is a strong possibility and would likely require more analysis of the new steel alloy and some level of redesign for several affected Starship components. In that event, Starship SN8 would likely serve as a test tank instead of becoming the first high-altitude flight article. SN7.1’s trials are set to begin no earlier than (NET) 9pm CDT (UTC-5) on September 14th and could continue all the way up to September 23rd.

Meanwhile, SpaceX is working around the clock to outfit Starship SN8 and prepare the ship for the installation of a nosecone section and four aerodynamic control surfaces known as flaps. Unlike Starship Mk1, which was temporarily outfitted with flaps and a nosecone more as a full-size mockup than a flight article, there is a very real chance that Starship SN8 will actually perform a flight test with its nose and flaps installed.

Unlike the Space Shuttle or other proposed spaceplanes, SpaceX’s current Starship design incorporates flaps to ensure aerodynamic stability while free-falling belly-first through the atmosphere, akin to a skydiver using arms and legs to steer through the air.

If Musk’s schedule is accurate, Starship SN8 could be fully outfitted with a nosecone and flaps and ready to roll to the launch pad for testing as early as next week. Prior to the first 20 km (~12.5 mi) hop and skydiver-style landing attempt, Musk says that SpaceX will put SN8 through a static fire test (possibly the first with three Raptor engines). If it survives, the rocket will be carefully inspected before performing a second static fire test. If that second test is successful, SN8 will finally be cleared for Starship’s first high-altitude launch and landing attempt.