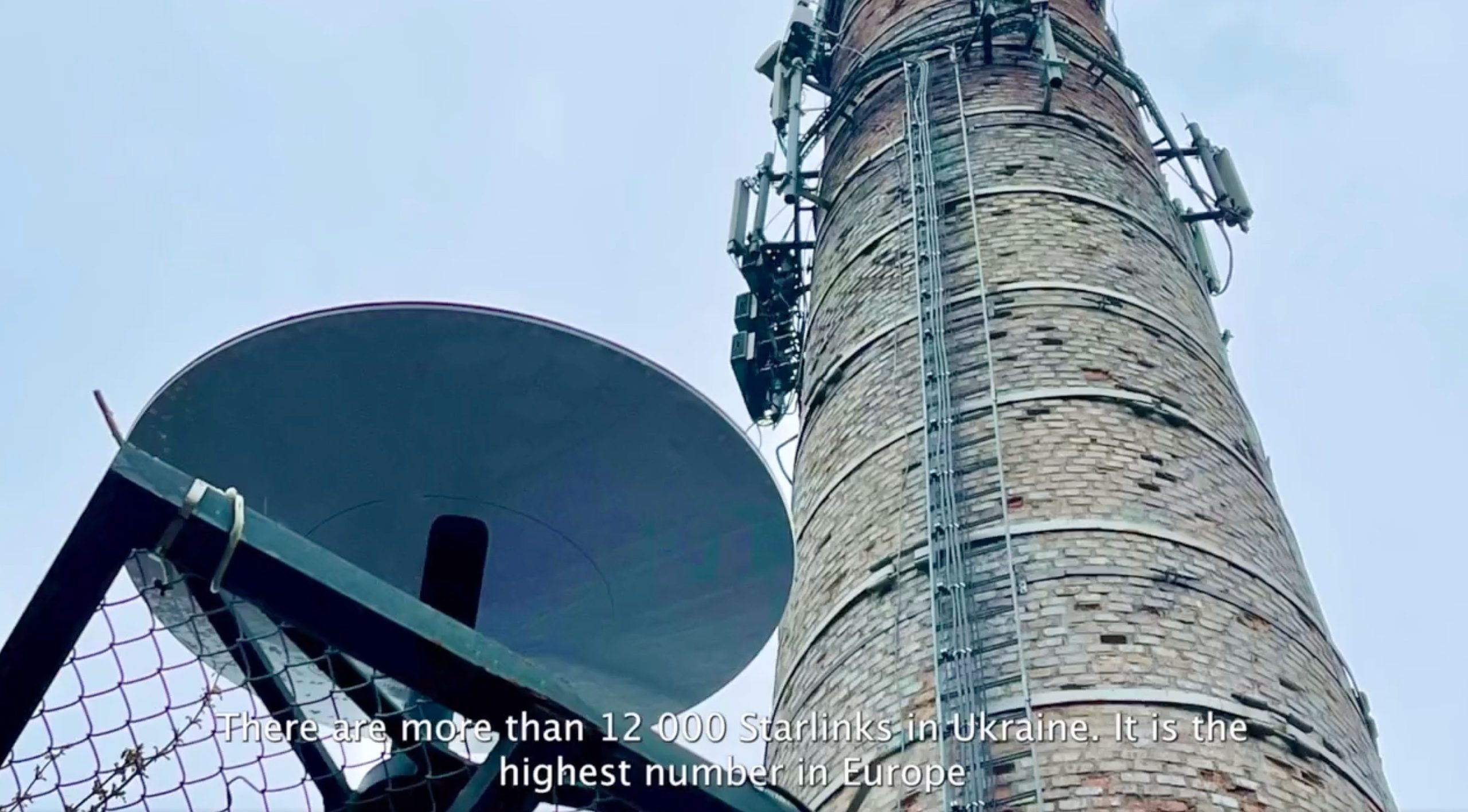 Ukraine’s telecom team tested Starlink while driving 130 km/h (80 mph) on the road. The team placed a Starlink dish on top of a tire, which acted as a shock absorber for the dish. They tied the makeshift contraption to the roof of a vehicle to test the stability of Starlink’s network at high speeds.

According to the telecom team, Ukranians are facing huge challenges because of the war with Russia. Important establishments, like hospitals, schools, and the government, use Starlink services, so the team wanted to test if Starlink’s stationary dishes would work on the railway and moving vehicles.

The test results show that Starlink internet has 93% connection stability while driving at high speeds. They were able to use the internet and watch YouTube videos. Ukraine’s Telecom team will be sending its findings to SpaceX.

“[Starlink] help[s] with access to high-quality internet in difficult conditions. Still, we are wondering of all possible ways to use @SpaceX tech,” tweeted Mykhailo Fedorov, Ukraine’s Minister of Digital Transformation.

Starlink by Land, Air, or Sea

SpaceX does offer a variety of dishes for different uses. For instance, it launched Starlink for RVs earlier this year. Unfortunately, the company does not advise using Starlink for RVs while in motion. The dish is for travelers going to remote locations.

Starlink is now available in 36 countries. Fedorov, who also happens to be Ukraine’s Vice Prime Minister, shared that SpaceX has sent over 12,000 Starlink dishes to the country.