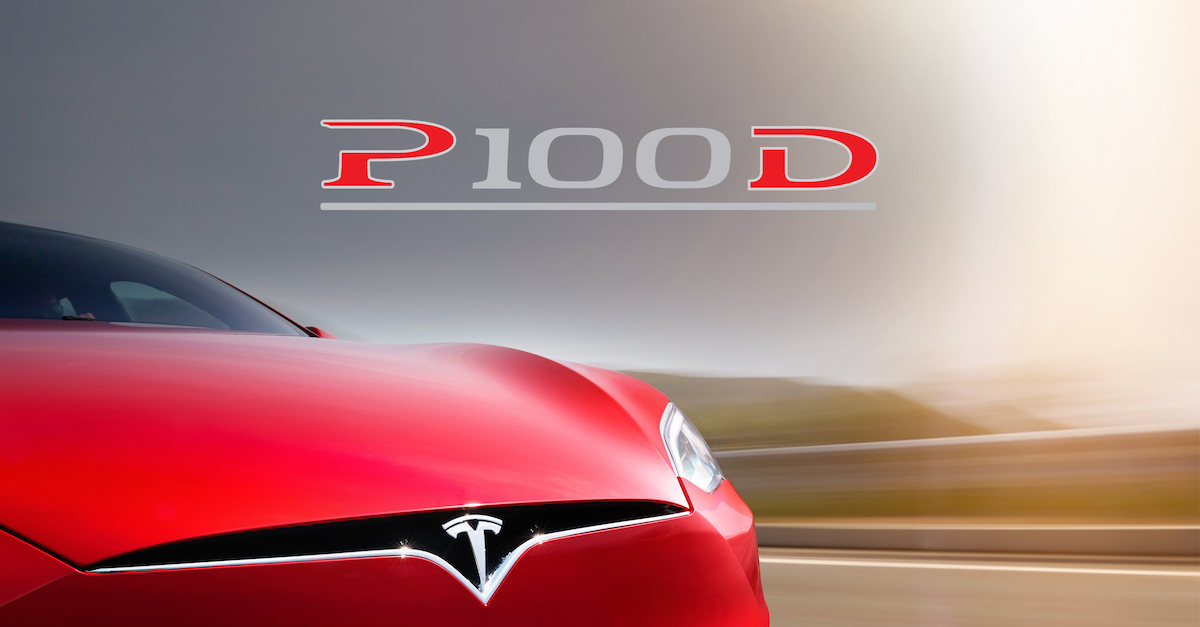 Nearly six months after white hat hacker Jason Hughes discovered references to a “P100D” badge embedded within the firmware of a Model S, Tesla CEO Elon Musk confirmed that a 100 kWh battery capable of 315 miles of range will in fact be making its way to the Model S and Model X. The news comes after the billionaire entrepreneur took to Twitter earlier in the day to tease of a new Tesla product.

The new 100 kWh battery will be Tesla’s largest battery yet and will be available for the performance version of the Model S and Model X with Ludicrous mode. The upgrade will catapult the Tesla Model S from 0 to 60 MPH in 2.5 seconds making it join the ranks of today’s hyper cars by becoming the third quickest car in the world and fastest accelerating production car in the world.

Existing Model S and Model X P90D Ludicrous owners are also given the option to upgrade to a Tesla P100D.

The Model S P100D with Ludicrous mode is the third fastest accelerating production car ever produced, with a 0-60 mph time of 2.5* seconds. However, both the LaFerrari and the Porsche 918 Spyder were limited run, million dollar vehicles and cannot be bought new. While those cars are small two seaters with very little luggage space, the pure electric, all-wheel drive Model S P100D has four doors, seats up to 5 adults plus 2 children and has exceptional cargo capacity.

The 100 kWh battery also increases range substantially to an estimated 315 miles on the EPA cycle and 613 km on the EU cycle, making it the first to go beyond 300 miles and the longest range production electric vehicle by far.

The larger battery pack is also available on the Model X, making the world’s quickest SUV even faster. Model X P100D with Ludicrous mode accelerates to 60 mph in 2.9* seconds and travels up to 289 miles EPA and 542 km EU on a single charge. Model X is also a pure electric SUV and can seat up to seven adults.

Model S and Model X are engineered to be the safest cars on the road and to have the highest ratings from NHTSA. Both have access to the Tesla Supercharger network for the freedom to travel long distance for free. And every Tesla will improve over time with free over the air upgrades.