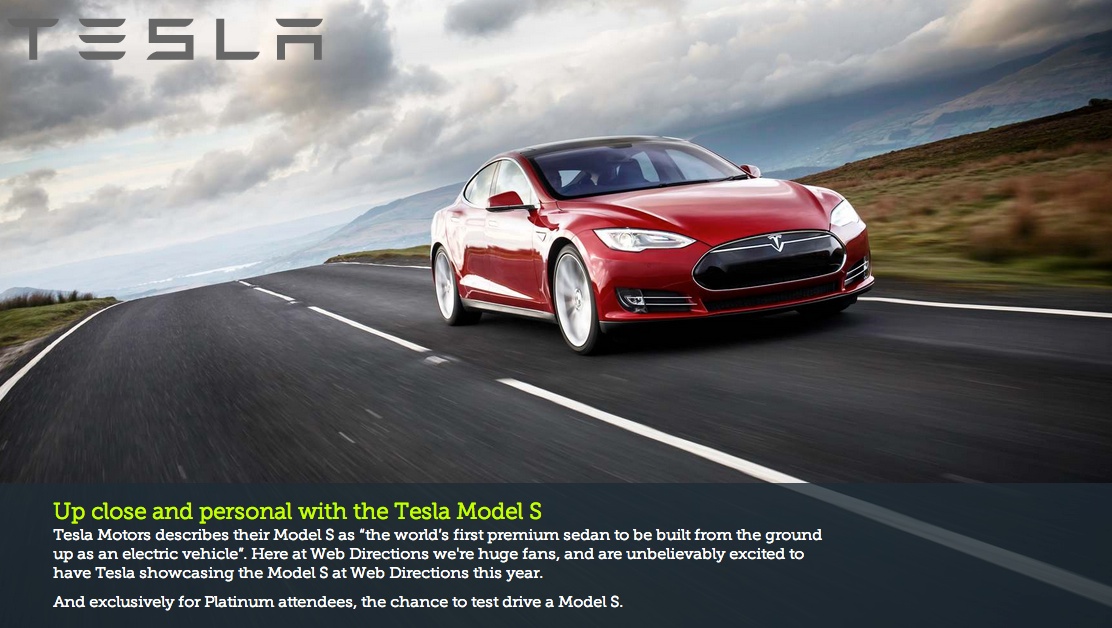 Tesla Motors expands its reach into the Australian market by using the same tried-and-true tactic of targeting early adopters within the techie community. Web Directions, a two day conference held in Sydney, Australia saw some of the best engineering talents within the web and digital product space. Tesla Motors was one of the key sponsors of Web Directions offering Model S test drives to thrilled attendees of the event. Tesla Motors prominently featured as a sponsor at Web Directions conference in Sydney, Australia on Oct 30-31, 2014.

This is another great example of how Tesla has been able to successfully grow into new markets, without actually “advertising” through commercials and other traditional forms of advertisement. Instead, and in true Tesla fashion, the electric carmaker and lifestyle brand, Tesla sticks to its mission to grow through education.

Tesla Motors deepens its roots into the luxury car market through radio interviews, event sponsorships and company sponsored test drives. But at the heart of its campaigning efforts, Tesla continues to target tech-laden industry veterans, entrepreneurs and key influencers as evident in its presence at the Web Directions conference. In true shock and awe fashion, Tesla Motors is holding a large recruiting session on the same day of the digital conference, but 500 miles south in Melbourne where another set of tech savvy hopeful line up to become the next chosen one.