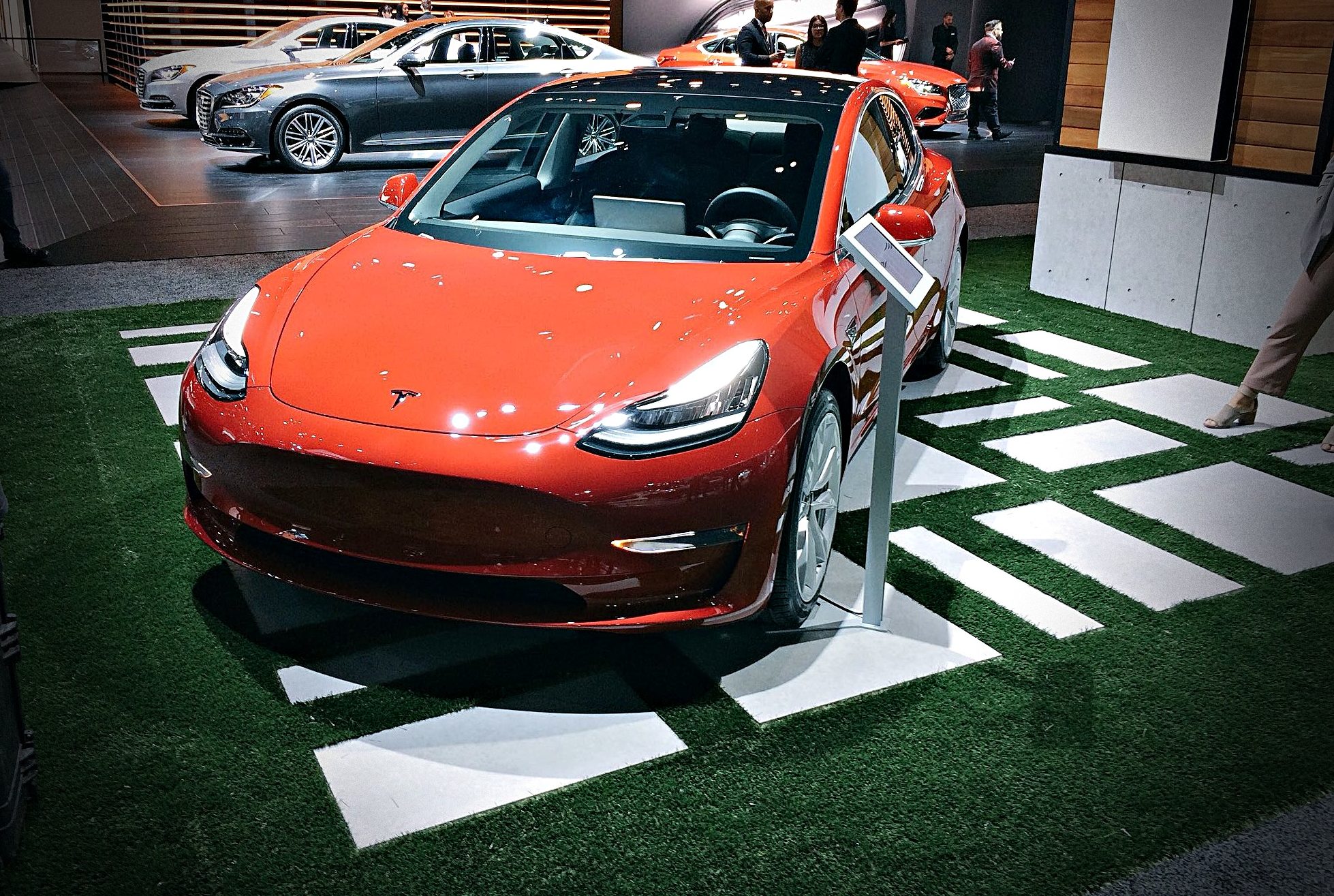 Tesla is making a rare appearance as an exhibitor at this year’s LA Auto Show in Southern California, as the company aims to become a mass market producer of all-electric vehicles.

The event, taking place between December 1 – 10 at the Los Angeles Convention Center, draws automakers from across the world, and in recent years has become their platform to showcase the latest self-driving technology from their upcoming electric fleets.

Without the need for traditional advertising while relying on its devout fanbase for marketing, Silicon Valley-based Tesla has traditionally shied away from exhibiting at auto shows. The company has opted-out of attending the famed Detroit auto show that’s more formally known as the North American International Auto Show (NAIAS) in years past, but managed to make a splash at the 2016 LA Auto Show when it rolled in its Model X mobile showroom.

However, taking center stage this year at Tesla’s exhibitor area in the South Hall of the LA convention center is a gorgeous red Model 3 that’s framed by the company’s line of energy products. 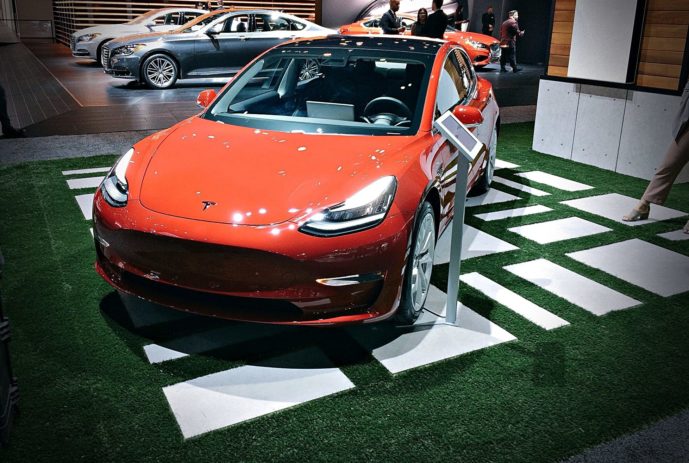 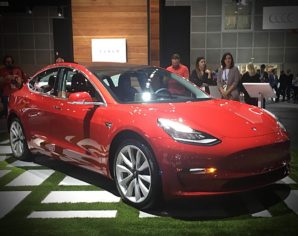 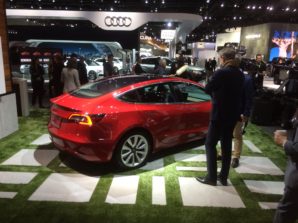 Though the LA Auto Show is small by comparison to the Paris Motor Show and International Geneva Motor Show, Tesla’s participation in an auto show that’s located in the company’s home market makes a lot of sense in many ways.

For one, CEO Elon Musk has made it plenty clear that volume production of Model 3 has been a key focus for the company. As Tesla continues to work through factory automation challenges and aims to reach volume production of its mass market vehicle by the end of the first quarter in 2018, the company will cautiously produce first customer cars to those taking delivery closest to its Fremont, California factory. Los Angeles is a key market for Tesla and will likely see the bulk of first deliveries.

Participation in the LA Auto Show that’s located just miles from the company’s Design Center in Hawthorne is also logistically easier to carry out, and has a lower cost barrier for entry than out-of-state auto shows.

Below is a map of the Los Angeles Convention Center’s exhibit hall. Tesla is located in the South Hall near Audi and Jaguar, two automakers that are also showcasing electrified fleets.

Do you have Model 3 photos you’d like to share with us? DM us @Teslarati or email tips@teslarati.com. 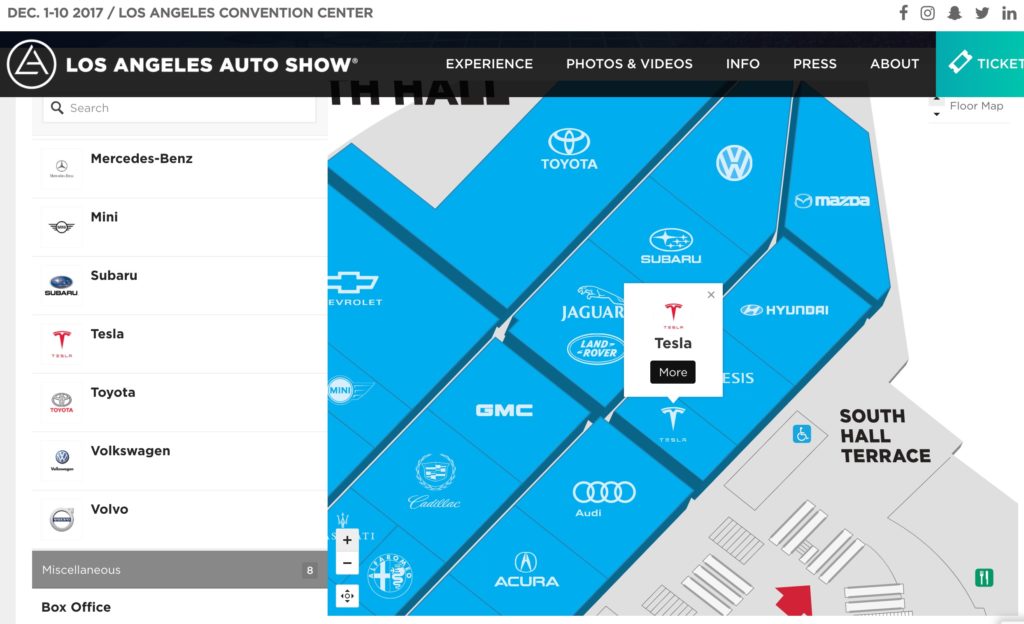