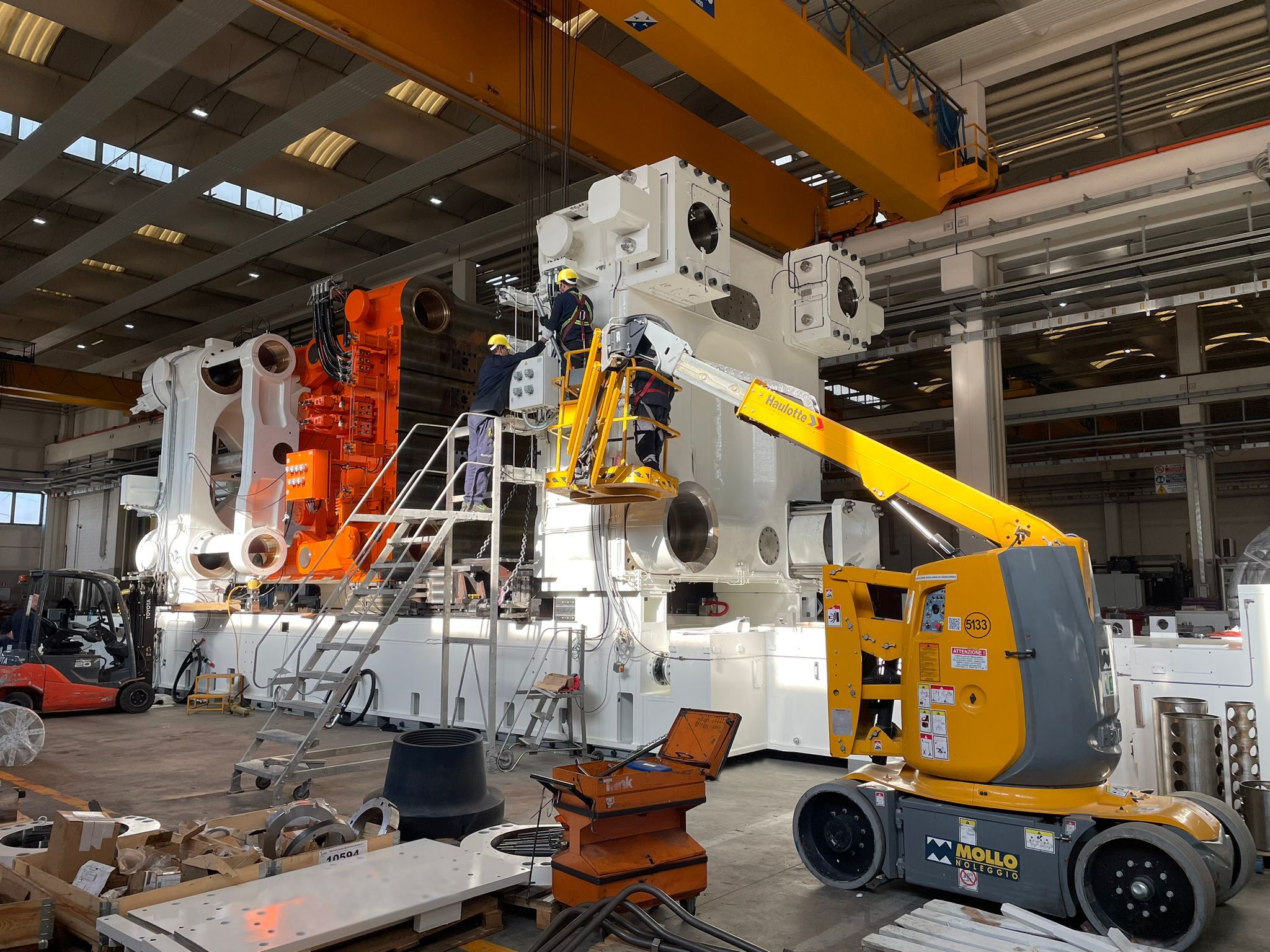 Tesla’s supplier for its Giga Press, IDRA Group, has hinted that it is currently busy building yet another giant machine. Photos of the new contraption were recently shared on social media, to much excitement from the electric vehicle community.

IDRA posted a photo of its new machine, which was being assembled, on its official LinkedIn page. The machine is massive, and based on the image, it seemed to be about the size of the 9,000-ton Giga Press that would be used for the Tesla Cybertruck’s production.

Images and videos of IDRA’s gargantuan 9,000-ton Giga Press have been heavily featured by the company on its social media pages this year. Earlier this year, Tesla CEO Elon Musk confirmed that the machine would be used for the Cybertruck body. A completed 9,000-ton Giga Press was packed and shipped to Giga Texas last month, as per IDRA’s LinkedIn posts.

IDRA’s 9,000-ton Giga Press has been a point of pride for the die-casting machine maker. The machine was featured heavily in IDRA’s open house this past June, and the company also highlighted its construction in a series of promotional videos. Considering the challenges involved in the design and construction of the Giga Press, however, IDRA should definitely be proud of its creation.

During Tesla’s Cyber Rodeo event, Elon Musk gave a subtle shoutout to IDRA for being the only die-casting machine maker that was willing to take a risk at building the Giga Press. According to Musk, Tesla had approached the world’s major casting manufacturers about the Giga Press concept, and IDRA was the only one that gave the idea a try.

“It’s a revolution in car manufacturing to basically make you car out of three major parts: a cast rear, a structural pack, and a cast front. So what you’re looking at are the biggest casting machines ever made. It’s kind of a crazy thing to make a car this way. It’s never been done before.

“When we were trying to figure this out, there were six major casting manufacturers in the world. We called six. Five said ‘No,’ one said ‘Maybe.’ I was like, ‘that sounds like a “Yes.”‘ So with a lot of effort and great ideas from the team, we’ve made the world’s biggest casting machine work very efficiently to create and radically simplify the manufacturing of the car,” Musk said.