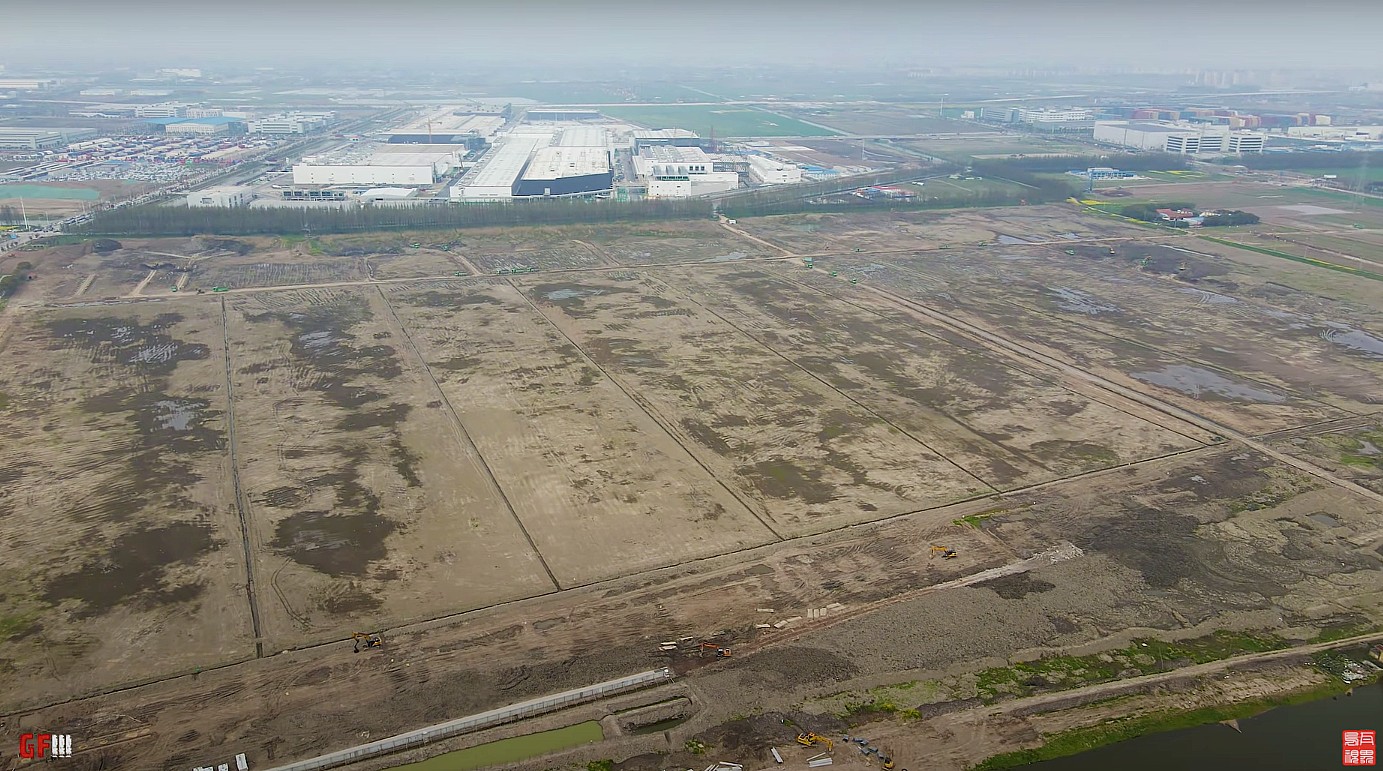 Gigafactory Shanghai could very well be Tesla’s ace-in-the-hole this year, thanks to the rapid ramp of its Model 3 and Model Y production. If recent videos of the site are any indication, however, it appears that Giga Shanghai is still not done expanding, with construction now being underway on a massive site south of the main factory.

Tesla’s Gigafactory Shanghai is reportedly producing vehicles at a rate of about 450,000 cars per year. This is highly impressive as the facility is only in its second year of production and the Model Y has only been released for a few months. But even at this stage, and amidst Tesla’s efforts to release a more affordable, $25,000 car for the Chinese market, a need for a bigger production facility has emerged.

Local reports from China have noted that preliminary work on the new site south of the main Giga Shanghai complex has been going on for some time. When work started on the site, however, the identity of the company that would be establishing a presence in the area remained unannounced. It was eventually revealed that Tesla was the sole bidder for the land, and while the bidding process seems yet to be finalized, the site is already being prepared for construction.

The land in itself is quite large, covering an area of 460,000 square meters (113.6 acres). It’s smaller than the existing site for Gigafactory Shanghai, but it would likely be enough to establish a dedicated facility to produce a high-volume vehicle, such as the highly-anticipated $25,000 car that is expected to be announced in the near future.

Tesla is expanding its reach in China with the release of the locally-produced Model Y, which competes in the lucrative crossover market. The demand for both the Model 3 and Model Y seems to be strong in China, despite the presence of more affordable local alternatives and the typical wave of anti-Tesla media coverage. With a $25,000 car in its repertoire, Tesla would likely be able to attack a far larger segment–one that could potentially make the company a true mass-market automaker.