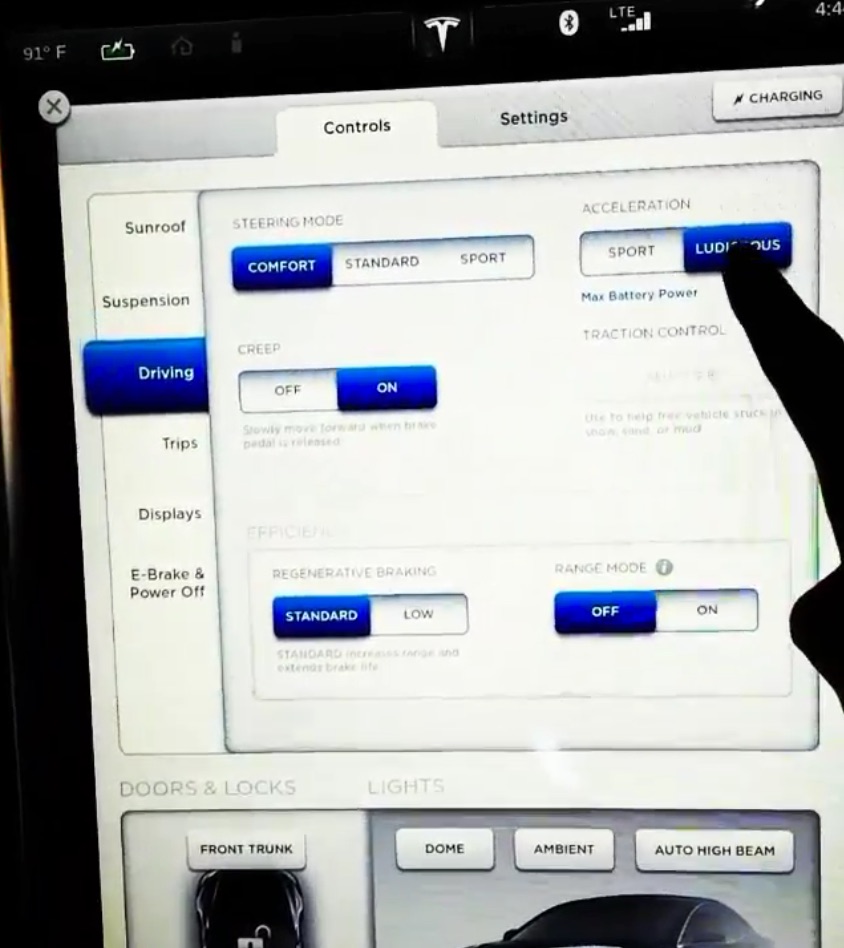 It was bound to happen. A Tesla Ludicrous Mode easter egg has been discovered and it’s one that would make Lord Dark Helmet proud. Some may argue that this latest discovery isn’t as cool as being able to convert your Model S into the James Bond submarine, but nevertheless there’s always excitement in the air whenever a new Tesla easter egg is unearthed.

The captured by @missortegon via Instagram, sliding the Acceleration toggle on a P90D(L) from Sport to Ludicrous, and then holding for 5 seconds will unleash an animated graphic that gives ode to Space Ball’s Ludicrous Speed.

Editor’s note: By request, we have removed the name of the person that was originally published. The original video has since been deleted by the Instagram user. We have replaced it with the following YouTube video.