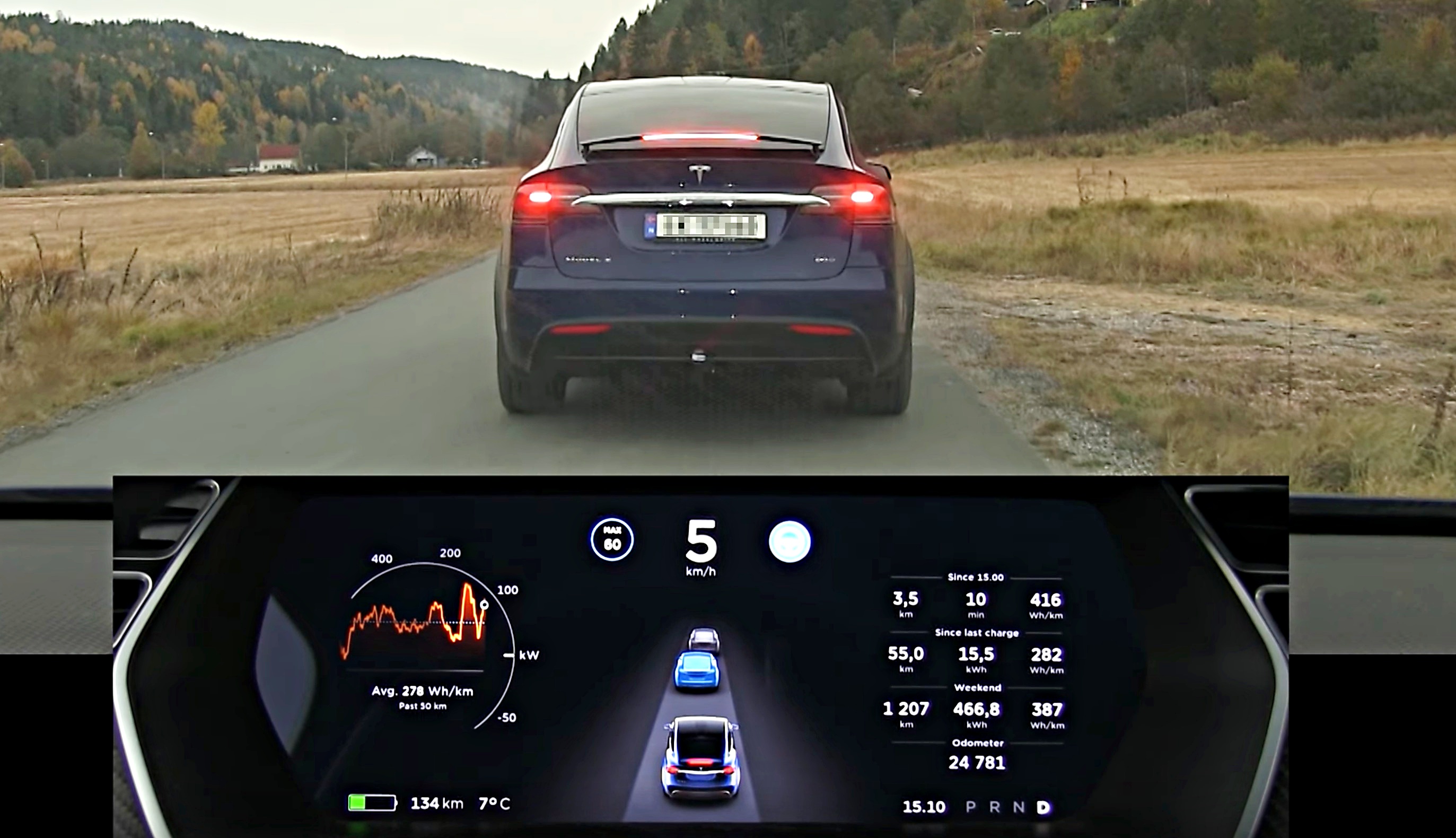 In its latest report on automatic emergency braking (AEB) standards for automakers, the National Highway Traffic Safety Administration (NHTSA) and the Insurance Institute for Highway Safety (IIHS) have announced that Tesla is one of only four manufacturers so far that has reached the goal of supplying AEB on more than half of its produced vehicles in model year 2017. This first manufacturer’s report on the voluntary crash avoidance standard lists four manufacturers offering AEB on more than half and another seven with the tech on more than thirty percent of their 2017 model year vehicles.

The initiative was first announced in 2015 with a total of ten automakers on board, including Tesla. Other automakers at that time included Audi, BMW, Ford, General Motors, Mazda, Mercedes-Benz, Toyota, Volkswagen, and Volvo. A year later, an additional ten manufacturers joined. The initiative’s goal is to get manufacturer’s voluntarily on board to make forward collision warning (FCW) systems and automatic emergency braking standard equipment on all vehicles manufactured by September 1, 2022, about the time that model year 2023 vehicles would be entering production. The initiative further pushes for all trucks in the medium-duty sector (8,501 to 10,000 pounds gross vehicle weight) to meet the same standard by 2025.

Recently, manufacturers submitted their first yearly progress reports to the IIHS-NHTSA consortium for vehicles manufactured between September 1, 2016 and August 31, 2017 for the U.S. market. Tesla had the largest proportion of its vehicles including the technology for 2017, with all but only a handful of manufactured vehicles having AEB and FCW. This despite many having AEB deactivated for a portion of the year due to glitches with its sensitivity levels. The feature was reactivated in late April and early May as a software update.

For reference, the IIHS-NHTSA report states that Consumer Reports, which assists in monitoring progress towards compliance with the initiative, found that only 19 percent of 2017 model year vehicles include AEB and FCW as standard equipment. Most of those vehicles, like the Model S and Model X being reported by Tesla, are classified as luxury vehicles by price point.

The IIHS and NHTSA estimate that if the commitment by manufacturers to meet the initiative’s standards are met by 2025, a total of 28,000 crashes and 12,000 injuries will be prevented. Total commitment so far from manufacturers in the U.S. market account for over 99 percent of the vehicles sold in the country. 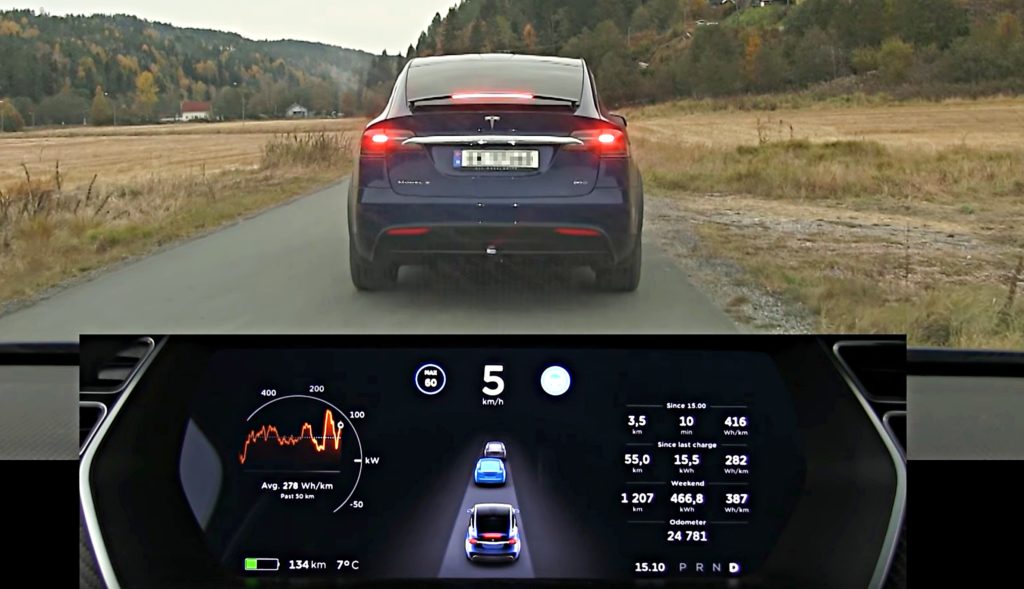 Systems conforming with the vehicle standard must come with FCW that meets 2 of the 3 NHTSA 5-Star Safety Ratings’ requirements and AEB that earns at least an “Advanced” rating from the IIHS. The four complying automakers who’ve met the standard in more than fifty percent of manufactured 2017 models include Audi (73%), Mercedes-Benz (96%), and Volvo (68%) alongside Tesla (99.8%).

Other manufacturers have lower numbers, but a fast-growing commitment to the standard. Toyota at 56 percent accounts for the largest total volume of vehicles equipped to meet the initiative’s requirements with General Motors, at 20 percent, following closely behind. Lowest on the list of compliance were Fiat Chrysler, Ford, Hyundai, Kia, and Mitsubishi. Of luxury makes, only Jaguar Land Rover and Porsche don’t offer the technologies at all in 2017 model year vehicles counted.