Amidst the ongoing threat of the California wildfires, a Tesla Model 3 owner has posted a brief demonstration of the electric sedan’s capability to maintain the air quality inside its cabin, despite the vehicle not being equipped with the Model S and X’s hospital-grade HEPA filter or a dedicated “Bioweapon Defense Mode.”

Elon Musk took to Twitter last week to offer the Model S and Model X as vehicles that can be used to transport people away from the ongoing CA wildfires. The Model S and X are capable of scrubbing the air inside the car, thanks to their large HEPA filters that are fitted with separate acid and alkaline gas neutralization layers. Later social media updates and anecdotes from Model S and X owners driving through the CA area indicate that Bioweapon Defense Mode helped maintain the air quality inside their vehicles.

In a follow-up tweet, Elon Musk noted that the Model 3’s air filtration system is not on the same “hospital-grade” level as that of the Model S and X, since the smaller vehicle does not have enough space to accommodate the HEPA filtration system in Tesla’s two flagship vehicles. This could be seen in the parts catalog for the vehicles, where the Model X HEPA filter was listed as “FILTER, HEPA, MDL X,” while the Model 3’s system was simply listed as “HVAC, CABIN FILTER, M3.”

If a recent video from a Model 3 owner is any indication, though, the electric sedan, even without a hospital-grade HEPA filter or Bioweapon Defense Mode, is still capable of keeping the air inside its cabin clean. The Tesla owner opted to conduct the Model 3’s air filter test in the San Jose area, which has been affected by the smoke from the Camp Fire (Paradise, CA). Prior to the test, the Model 3 owner recorded a PM2.5 level of up to 135 μg/m3 with the vehicle’s windows down.

Upon closing the windows, the Model 3 owner activated the “recycle air” feature and set the fan speed to 5. Within two minutes, the air inside the electric sedan’s cabin improved to less than 50 μg/m3. Keeping the same settings, the air quality inside the vehicle continued to get better, hitting 5 μg/m3 within nine minutes. For a vehicle with a filter that Elon Musk simply described as “good,” the results of the Model 3 owner’s test were quite impressive on their own right. 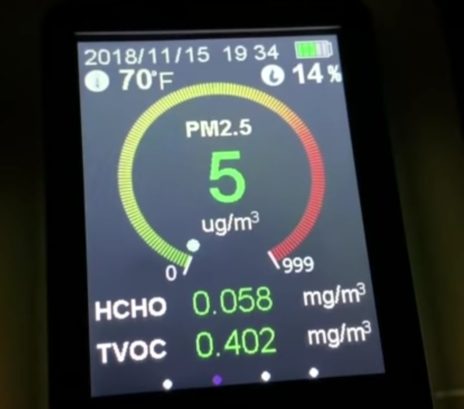 Air quality readings inside a Tesla Model 3 with “recycle air” on and fan speed set to 5. [Credit: sensohax/YouTube] 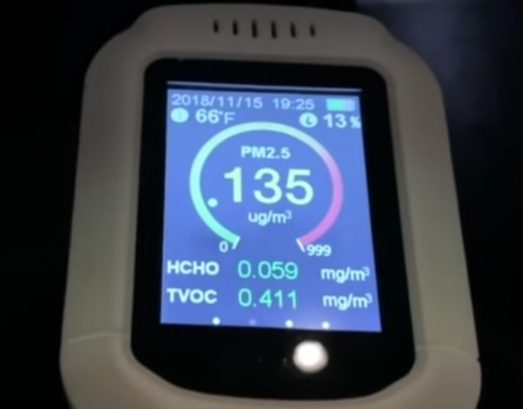 Air quality readings inside a Tesla Model 3 with the windows down. [Credit: sensohax/YouTube]

A comparison of air quality readings inside the Model 3’s cabin. [Credit: sensohax/YouTube]

It should be noted, though, that when the “recycle air” setting was disabled, the air quality inside the cabin dropped. Within five minutes, the air inside the Model 3 was back to the 75 μg/m3 level. These results are in line with Tesla’s announcement through its official Twitter account last week, when the company advised Model 3 owners to “set manual recirculating air and turn up the blower speed” to get the best air quality inside the electric sedan.

Overall, the findings of the Model 3 owner’s test are to be expected, considering Tesla’s intense focus on vehicle and passenger safety. The Model 3, after all, is among the safest vehicles on the road today, thanks to its all-electric design and its standard safety features like forward collision warning systems, dynamic brake support, crash imminent braking, and lane departure warning features. The Model 3’s suite of cameras and sensors, as well as capabilities like Autopilot, make the electric sedan even safer.

Just last month, the National Highway Traffic Safety Administration awarded the Model 3 a flawless 5-Star Safety Rating, just like the Model S and X. Based on the NHTSA’s crash test data, Tesla has noted that the Model 3 now holds the distinction of being the vehicle with the lowest probability of injury among all cars that the agency has tested to date. The Model S and Model X immediately follow the Model 3, standing at second and third place.

Watch the Tesla Model 3 protect its occupants from unsafe air in the video below.