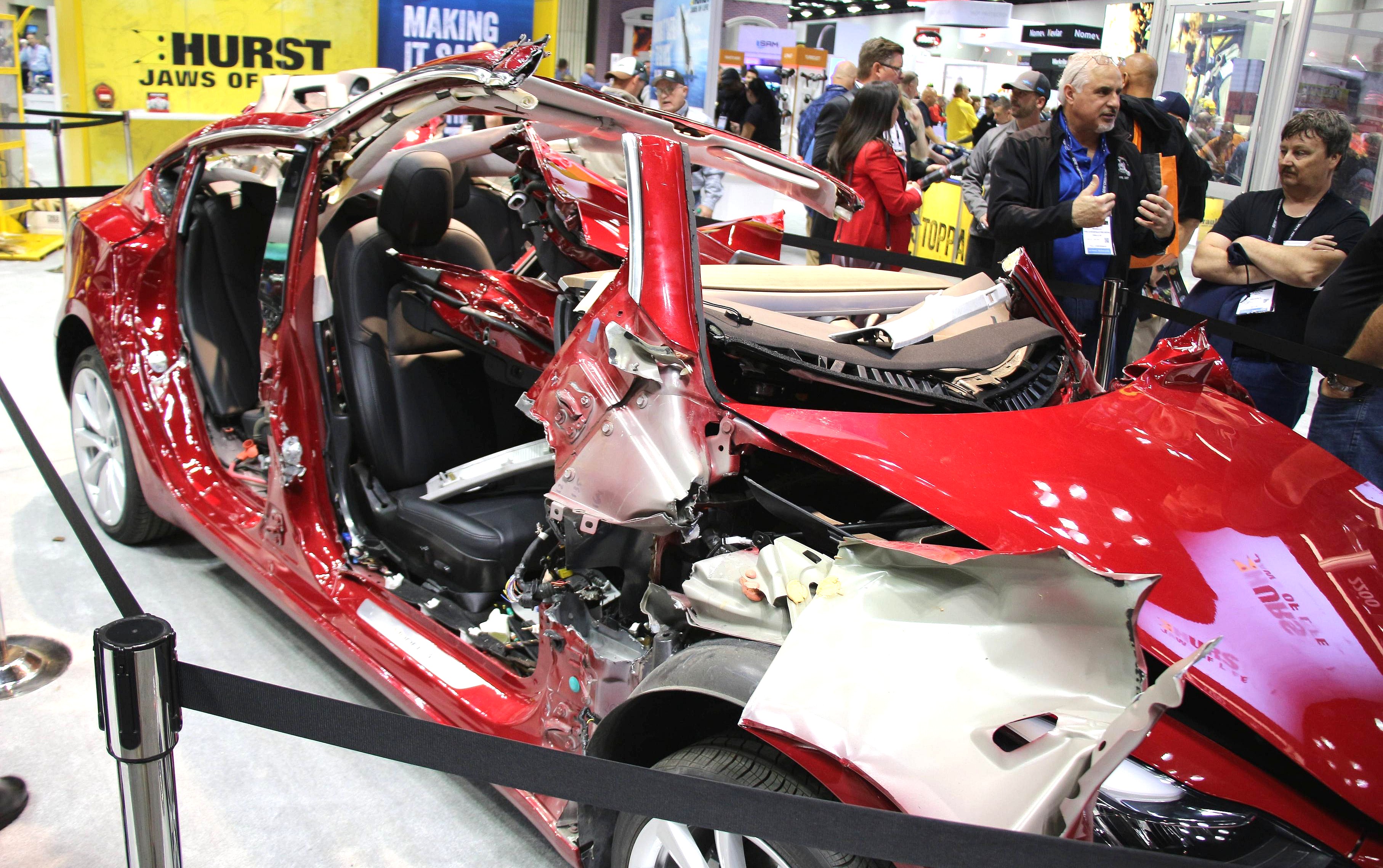 A Tesla Model 3 was recently sacrificed to the Jaws of Life at the Fire Department Instructors Conference at Indianapolis. During the demonstration, rescue specialists showed the event’s attendees how to properly dismantle the all-electric car in the event of an accident. The aftermath of the Model 3’s encounter with the firefighters was a painful sight to behold, especially if one is a Tesla enthusiast.

The Model 3 used in the Jaws of Life demonstration was donated by Tesla, together with a Model S. A video of the event shared on YouTube showed Tesla Technical Ambassador for Emergency Response Mike McConnell encouraging the attendees of the event to watch the Model 3 get cut up. “It’s pretty awesome,” a lighthearted McConnell said, addressing the audience surrounding a booth where the Model 3 was about to be torn down.

The all-electric car was cut up by Jaws of Life rescue specialists in less than 15 minutes. Thanks in part to the Model 3’s straightforward design, the specialists were able to remove the front and rear doors of the all-electric sedan quickly. This bodes well for actual extrication involving the Model 3, as trained rescuers will likely not have a difficult time retrieving the vehicle’s passengers in the event of an accident.

Apart from the Model 3, Tesla also brought over a Model S to be torn down. Just like its smaller sibling, the large premium sedan was chopped and opened up by the rescue specialists. An announcement near the end of the Model 3 Jaws of Life demo hinted at a Model X also being brought to the event to be dismantled.

The rescue specialists used cutters, spreaders, combi tools, and a ram in their demonstration on the Model 3. These tools are part of HURST’s eDraulic rescue equipment lineup, which are, similar to the Model 3, powered entirely by batteries. HURST’s devices were first patented back in 1961 as a safer, quicker alternative to power saws, which were used then to extricate passengers from vehicles. Due to their speed (circular saws could take up to an hour to take the roof off a car), HURST’s devices were noted for saving people from the jaws of death; hence, their eventual moniker as the “Jaws of Life.”

Tesla already has some of the safest vehicles on the road, with the Model S, Model X, and Model 3 garnering stellar safety ratings from the National Highway Traffic Safety Administration (NHTSA). Thanks to their all-electric design, Teslas have immense crumple zones front and back, allowing the vehicle to protect its passengers in a way that internal combustion engine cars cannot match. In the event that a serious accident does occur, it is somewhat reassuring to see that Tesla’s electric cars could be opened up by the Jaws of Life in a way that is quick and safe.

Watch HURST’s Jaws of Life demonstration on the Tesla Model 3 in the video below.