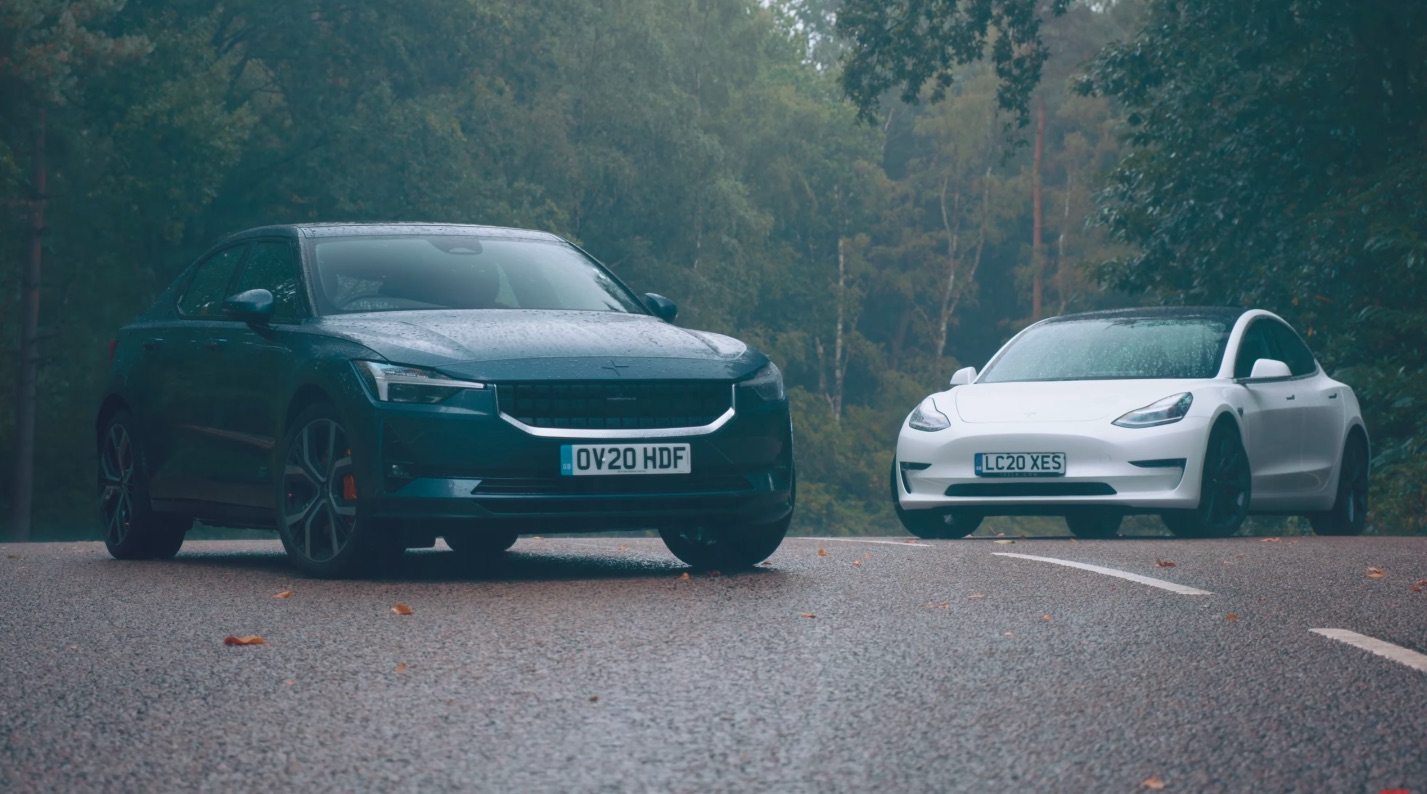 Being benchmarked against the best, bang-for-the-buck all-electric performance sedan in the market is a pain to deal with, especially if one were a newcomer like the Polestar 2. Positioned as a direct competitor to the Tesla Model 3, the Polestar 2 was released as a legitimate rival to the American-made sedan. While the Polestar 2 is a stunner in person, however, its raw specs do not exactly match up with the Model 3.

AutoTrader reviewer Rory Reid of Top Gear fame recently took the two all-electric vehicles for a head-to-head comparison. And in true EV fashion, every comparison between two vehicles usually results in a drag race or two. Needless to say, the former Top Gear host did not disappoint one bit.

As noted by Reid, the Polestar 2’s 0-60 mph time was no match for the Model 3 Performance’s. True to form, this was indeed the case, with the Tesla completely dominating the race against its Sino-Swedish rival in commanding fashion twice. This was despite the Polestar 2 seemingly having a harder launch than the Model 3. These results, as noted by the former Top Gear presenter, were unsurprising considering the Tesla’s reputation as a quarter-mile killer.

It was at this point that the comparison between the two vehicles took a rather interesting turn. After the first two races, Auto Trader then decided to hold a third race between the Polestar 2 and the Model 3 Performance. But this time, the vehicles were tasked to go backwards. This proved to be advantageous for the Polestar 2 since the Model 3’s speed was limited to 15 mph in reverse. And that, ultimately, was how the Model 3 ended up bowing to the Polestar 2.

All that was needed was a race that was run in reverse.

Watch the Polestar 2 and the Model 3’s curious races in the video below.