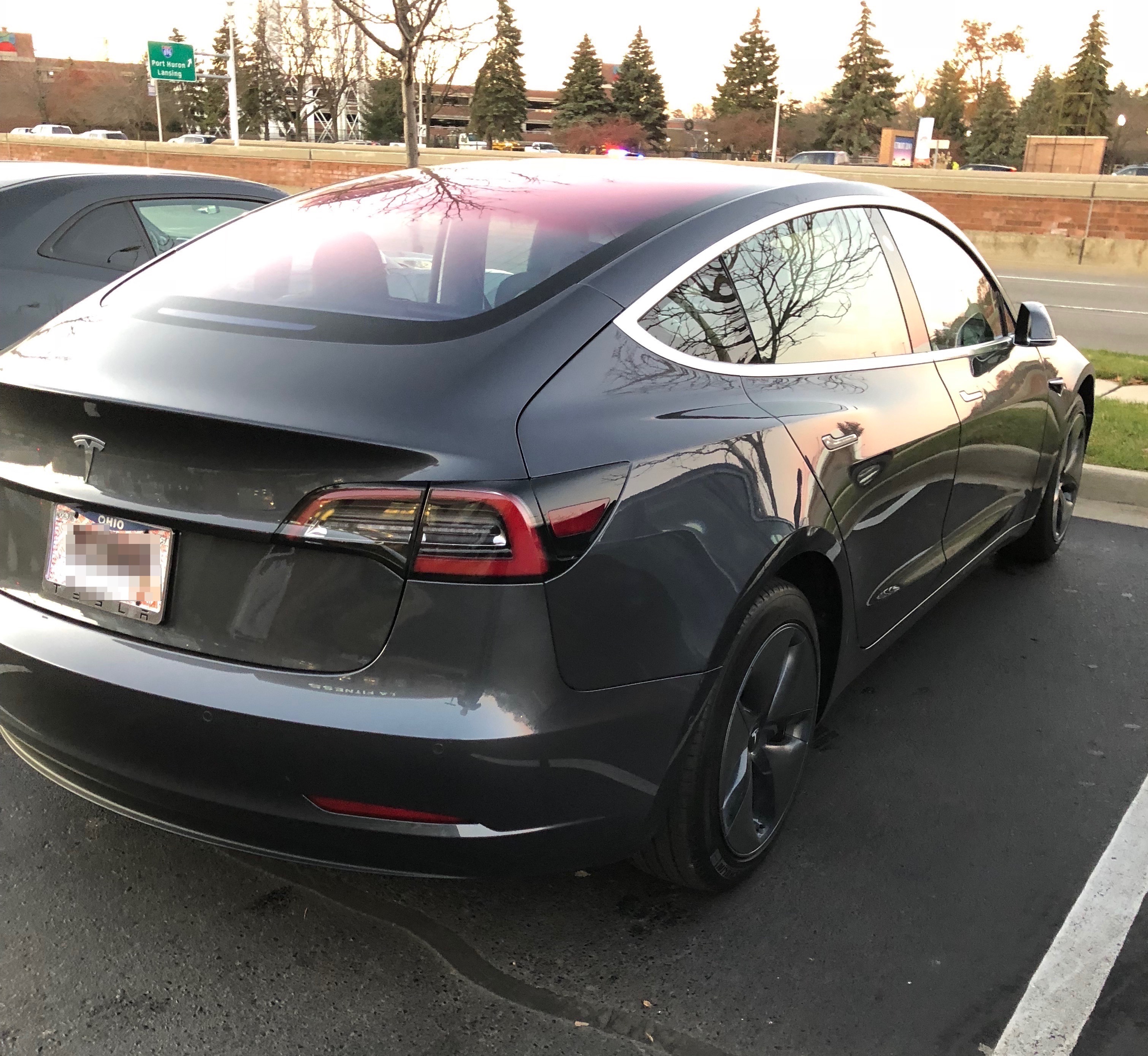 A Tesla Model 3 was spotted in Michigan this week at the parking lot of LA Fitness in Royal Oak. The sighting joins a list of other Model 3 sightings in Europe and recently across U.S. borders in Vancouver, British Colombia.

Tesla Model 3 reservation holder Tony E. sent us the following photos of the gorgeous vehicle in Midnight Silver Metallic. Tony tells Teslarati, “I was shocked and had pre-workout in my body when I saw the Model 3.” 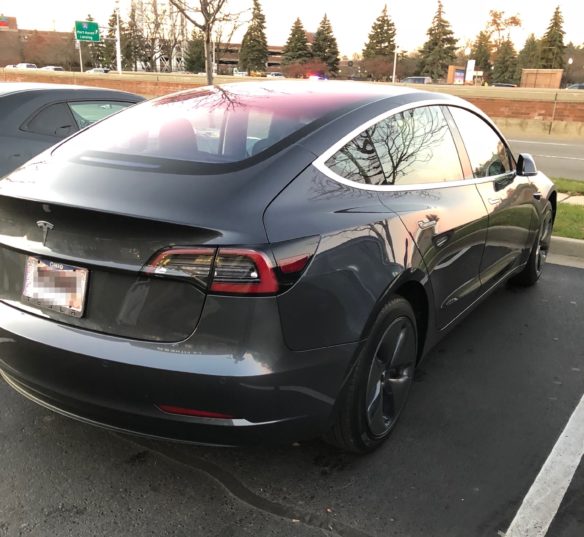 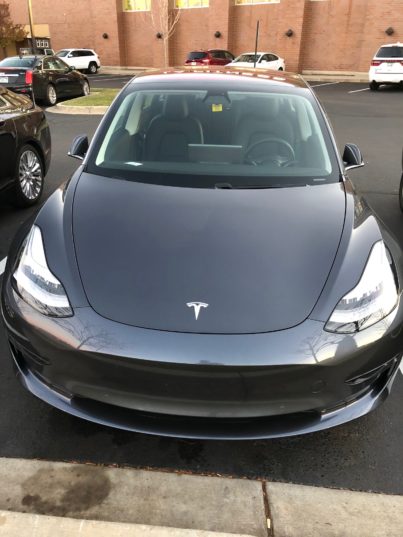 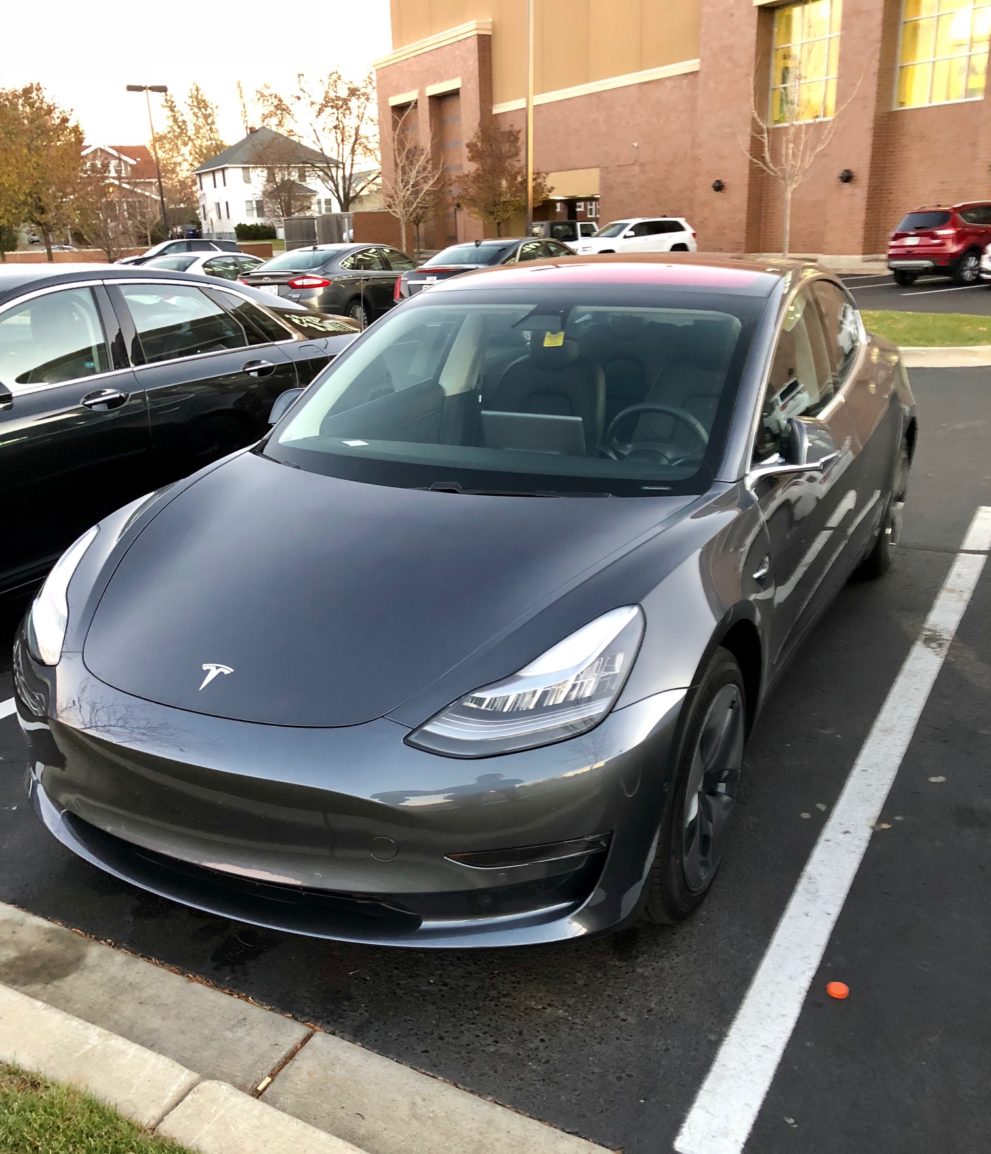 While Model 3 sightings, in general, have become more commonplace in recent times, as the company continues to open up orders to reservation holders and message with a surprisingly quick “4 week delivery” timeframe, the sighting in Michigan remains unique, in and of itself.

Tesla remains locked in a legal battle with the state over the right to sell its cars directly to consumers. Potential buyers of the Tesla Model 3, and the company’s fleet of electric cars, are unable to purchase within the state due to legacy franchise laws that require Tesla to sell vehicles through independently owned dealerships.

Instead, the California automaker sells its vehicles online and through company-owned storefronts, acts that Michigan lawmakers and state regulators have deemed as unlawful and setting “a dangerous precedent“. Michigan residents that are interested in buying a Tesla must first purchase out of state and then drive the vehicle back across state borders, as evident in the Ohio license plate seen on the Model 3.

Tesla has sued Michigan over the right to operate storefronts within the state that would allow the company to sell its vehicles to interested buyers. But with no prospect of a settlement in sight and court filings that reveal a lengthy legal battle that will “drag out” well into 2018, Tesla is losing out on sales opportunities in a state where car manufacturing is the largest industry.

Tesla initially operated a gallery inside a Nordstrom department store at the Somerset mall location in Troy, Michigan, but has since moved to a full-scale standalone showroom next to the Apple store. 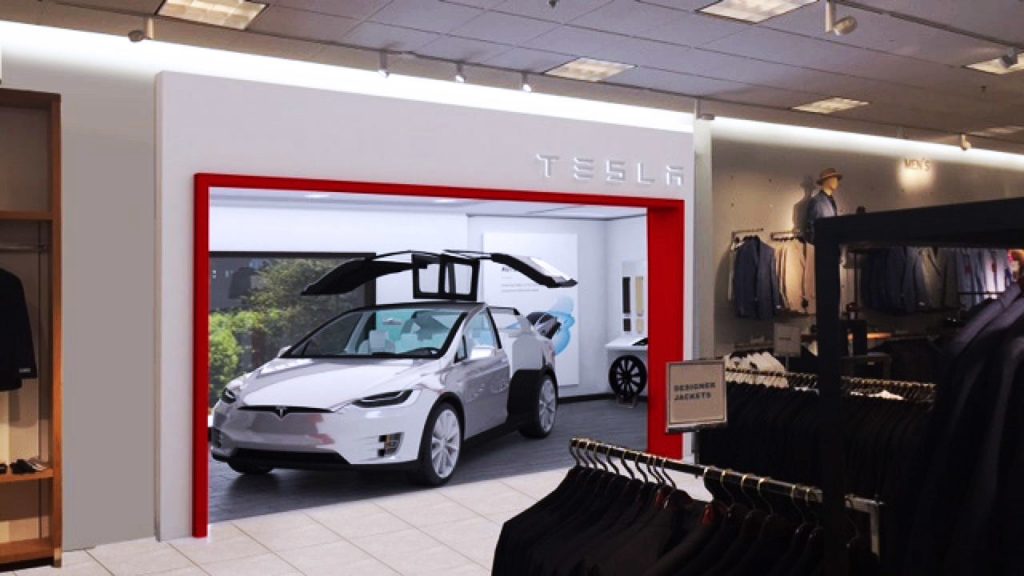