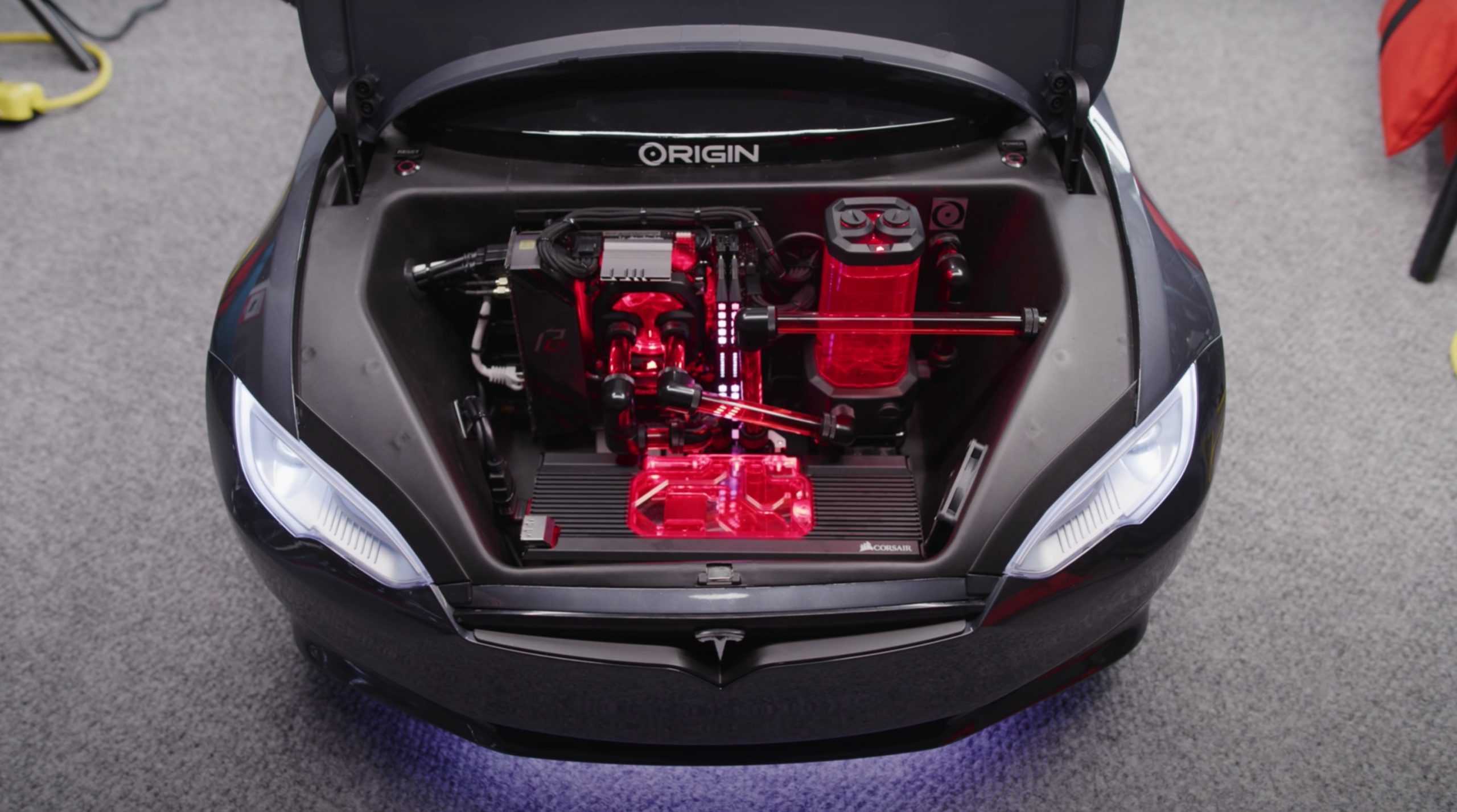 The Tesla Model S for Kids from Radio Flyer has gone under the ultimate transformation to become a fully-functional, liquid-cooled, high-performance gaming PC on wheels, in Tech Youtuber Marques Brownlee’s latest review.

Muscled into the frunk of a toy Tesla Model S for kids, the high-powered gaming computer by Origin PC is as much a fantastical killer gaming machine, as it is an impulse buy for the most astute gamer.

Brownlee of the popular MKBHD channel describes how the Miami-based maker of custom PCs, found inspiration to customize the spacious Model S frunk into a gaming machine on wheels. “Origin PC saw this thing, and they saw the front trunk space, which is by default, totally empty like a normal Tesla. They thought since they build custom PCs all the time, lightbulb moment, that’s enough space to put in a custom PC,” Brownlee said.

While Origin PC doesn’t sell a complete Tesla Model S for kids gaming machine, PC enthusiasts can purchase the components separately and build their own variation of the “fastest” gaming PC.

Specifications of the computer are as follows:

One of the coolest features of the vehicle/PC is the additional ports that Origin included within the vehicle’s interior. The various ports are used for connecting the essential gaming devices, including a monitor, a microphone, and a headset. Origin was sure to include all of the necessary connection points in the car’s dash, making it easily accessible for the driver (or gamer) to plug monitors or headsets for immediate use.

Liquid-cooling tubes for the PC are surgically installed throughout the toy Tesla, and concealed beneath the car’s outer panels—some of the tubes run behind the vehicle’s wheel.

Brownlee calls the PC the fastest in the world, which it may very well be. After all, this electric Model S for Kids can reach a spirited 6 MPH, besting any other gaming PC on the market, in physical speed.

Gamers, parents to gaming kids, gaming parents, and anyone with some FU money and time on their hands; you can recreate this beast of a gaming PC too. It starts with a Tesla Model S for kids and ends with some major flex.

Watch MKBHD go behind the wheel of this fastest gaming PC. Literally.