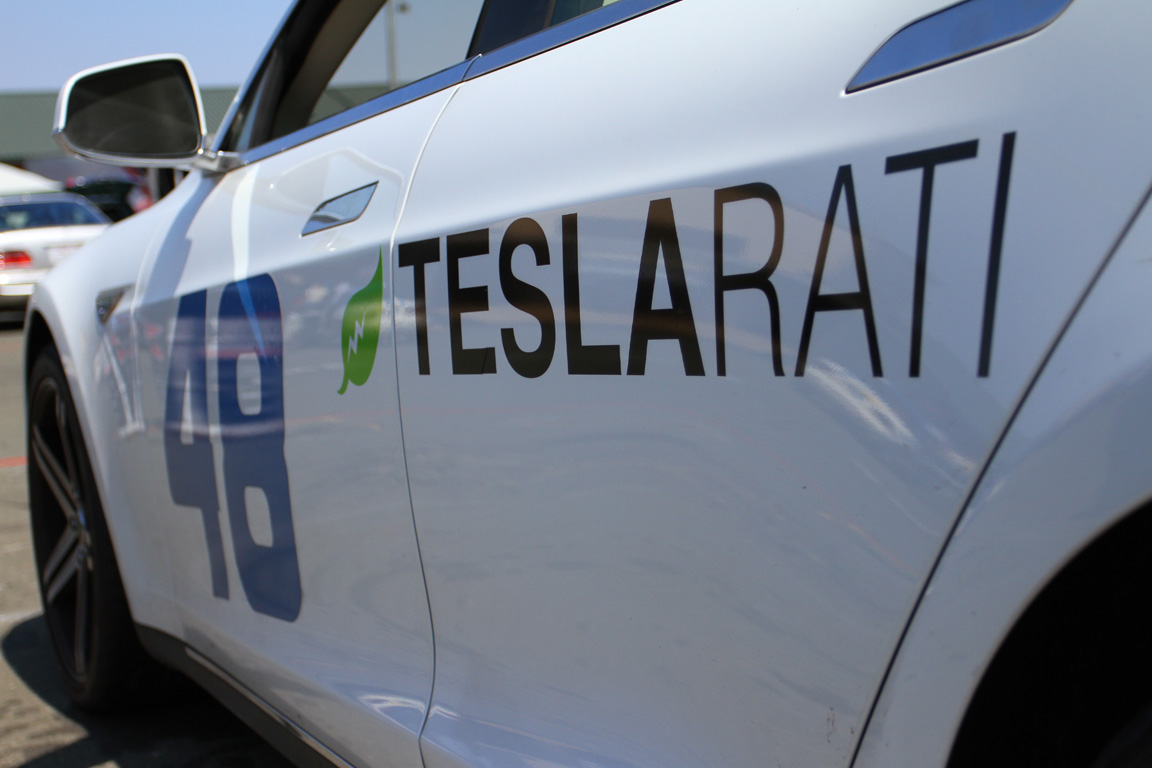 Even with 7 different tracks under our belt, Sonoma Raceway pushed the 48 Tesla Model S to the extreme limits.

This turned out to be the most challenging track we’ve ever raced on. Hardly anything comes close in terms of danger and complexity. Not only is the layout of the course challenging in itself, having walls everywhere added an even greater degree of difficulty. We were happy to have survived the track by not hitting any walls despite having loss control on several occasions.

Sonoma, formerly Infineon Raceway, is in Northern California, just half an hour north east of San Francisco. It’s a 2.5 mile very technical road course with 12 turns and 160 feet of elevation changes. The track has retaining walls very close to the track so any loss of control can have very serious consequences. Following correct race lines was of outmost importance on this track and deviating from it could mean sub-optimal times or even loss of control.

Out best lap time was 2:06 in session 3, lap 1. Top speed we reached on the track was 105 mph. Power limitation degraded lap times by approx. 6 seconds per lap. The track has a single 220V/50A outlet at the end of the garage next to the Sunoco fuel station. It had a male twist-on adapter, but unfortunately all we had was a SS2-50P male adapter that we weren’t able to use with the outlet. No RV hookups onsite. We ended up running for two sessions in the morning, going to Vacaville supercharger that’s 37 miles away, and getting back with enough time to complete 2 afternoon sessions. Inn Marin hotel in Novato 10 miles away has a J1772 ChargePoint network charger that we used overnight.

Power limitation due to overheating came up on the first lap despite chilly 55 degree temperature in the morning. Power limitation remained at 160 kWh/mile for most of the day.

Contrary to last year when we were hoping to run into other Tesla owners at a Supercharger, nowadays every supercharger was full when we arrived. Even the newer Supercharger facilities were 7+ stalls were occupied. It makes us wonder what the charging experience will be like as Tesla Motors continues to scale out production of the Model S and upcoming Model X.