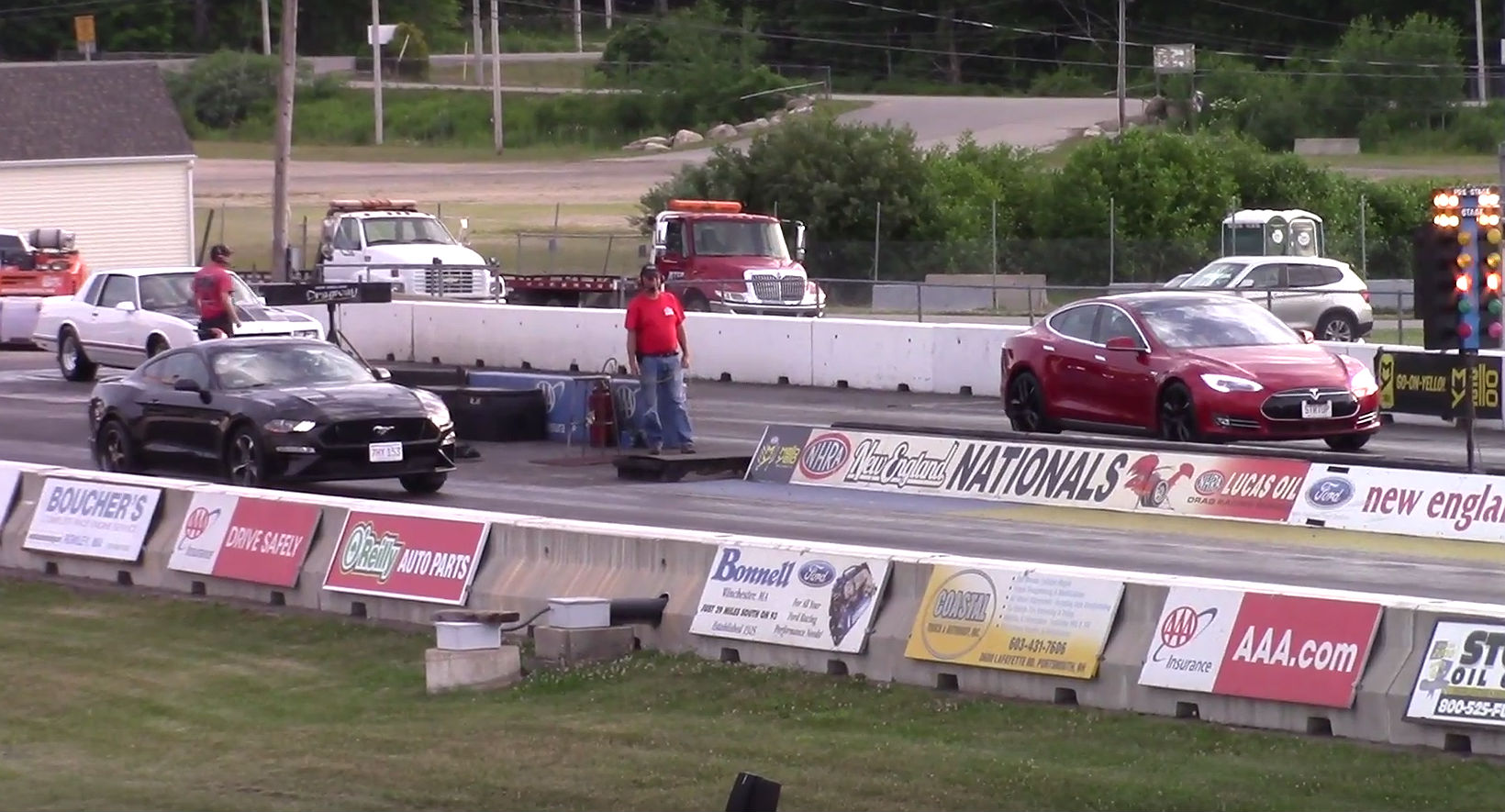 There is a reason why Tesla’s vehicles are forces to be reckoned with on the quarter-mile. With instant torque available from their electric motors as soon as the accelerator is pressed, Tesla’s electric cars are capable of hitting impressive 0-60 mph sprints. This is true for all the company’s offerings, including vehicles that are already a few years old.

Released as a top-tier variant of the award-winning family sedan, the P90D enjoyed the moniker of being called Tesla’s “Ferrari Killer” for a while, before it was discontinued in favor of the Model S P100D. During its reign at the top of Tesla’s lineup, the Model S P90D achieved a number of impressive feats, particularly when the company rolled out the Ludicrous Mode upgrade for the electric car. With the update, Car and Driver dubbed the Model S P90D as the first four-door sedan it has ever reviewed to have broken the sub-3-second mark in 0-60 mph tests.

Since the Model S P100D started its reign, the Model S P90D practically became the proverbial middle child of Tesla’s lineup. This became evident last year when the company introduced a free performance upgrade to owners of Model S 75D and 100D vehicles. The Model S P90D, together with its non-performance sibling, the 90D, were left out of the “uncorking” program.

This is not to say that the vehicle is not a formidable force on the drag strip anymore. A video uploaded at the New England Dragway by YouTube’s 1320 Races showcased the Model S P90D taking on a 2018 Ford Mustang GT, a vehicle that features the legacy American automaker’s latest and greatest innovations for its iconic muscle car.

Would all the 2018 Ford Mustang’s advancements be enough to topple Tesla’s Model S P90D though? As the two vehicles’ drag race shows, not really. The 2018 Ford Mustang’s driver was unfortunate enough to have a bad start in its race against the Tesla, and coupled with the Model S P90D’s instant torque from its two electric motors; the pony car simply could not keep up. The Model S ended the race in dominating fashion, finishing the quarter-mile at 11.56 seconds at 113.47 mph. The 2018 Ford Mustang GT was able to complete the quarter-mile in 12.44 seconds while traveling at 114.97 mph.

It seems like it would only be a matter of time before Tesla’s electric cars can start dominating on the track as well. The Model 3 Performance, which is equipped with Tesla’s 2170 cells, has a dedicated track mode, which Elon Musk describes as an “Expert User Mode” that would allow drivers to optimize the settings of the vehicle to maximize its performance. On the drag strip, the Model 3 Performance is plenty quick as well, capable of giving a McLaren 570S a run for its money on the quarter-mile.

Watch the Model S P90D battle with the 2018 Ford Mustang GT in the video below.