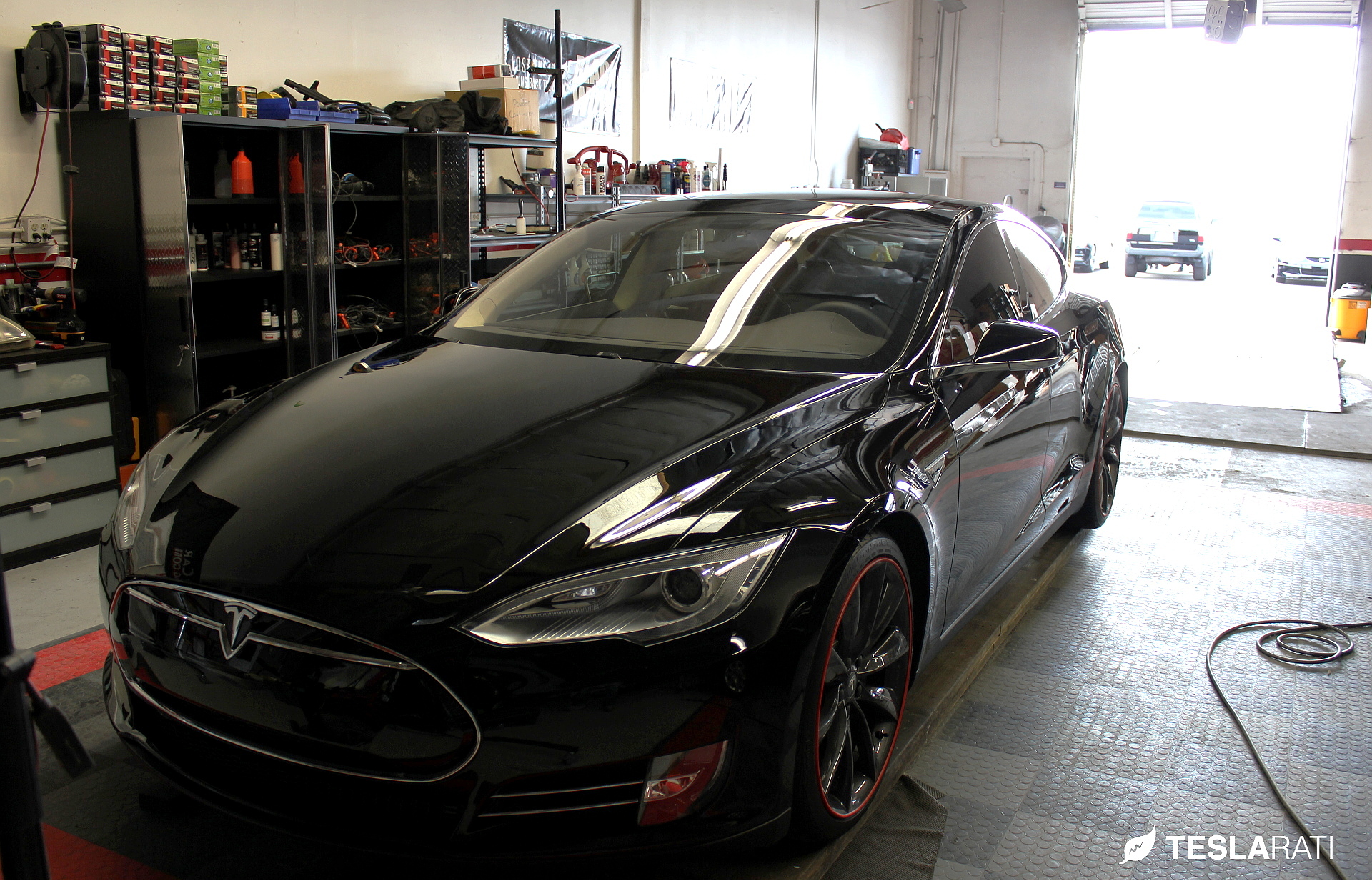 After ordering my Model S I did a bunch of research on clear coat and paint protectors, and decided to go with an Opti-Coat treatment. I had the treatment done 4 days after taking delivery through Jason from Seajay’s Detailing in MA. They did a great job and were first class providers throughout the entire process. My Model S was apparently the 15th Tesla they’ve worked on so they definitely knew what they were doing. Jason gave me instructions on how to best wash the Tesla. Apparently my wash technique, something I’ve been doing most of my life with other cars that I’ve owned, was wrong. Jason’s technique ensured that I was not rubbing grit around the painted surface. The technique does not require waxing since this is no longer needed on cars that have been treated with an Opti-Coat sealant.

Microfiber cloths can vary greatly in quality, but Seajay’s choice was to use Griot’s Garage products which I’ve heard great things about.

For the interior I opted to do some basic care. No leather treatment or other fancy stuff this time around. Long term care of the leather is something I’m not ready to tackle just yet. I used the micro fiber interior duster to wipe down the surfaces. It collected the dust from the dashboard with relative ease. I placed a microfiber cloth on the dashboard as a way to catch drips and proceeded to spray down the windshield with glass cleaner.