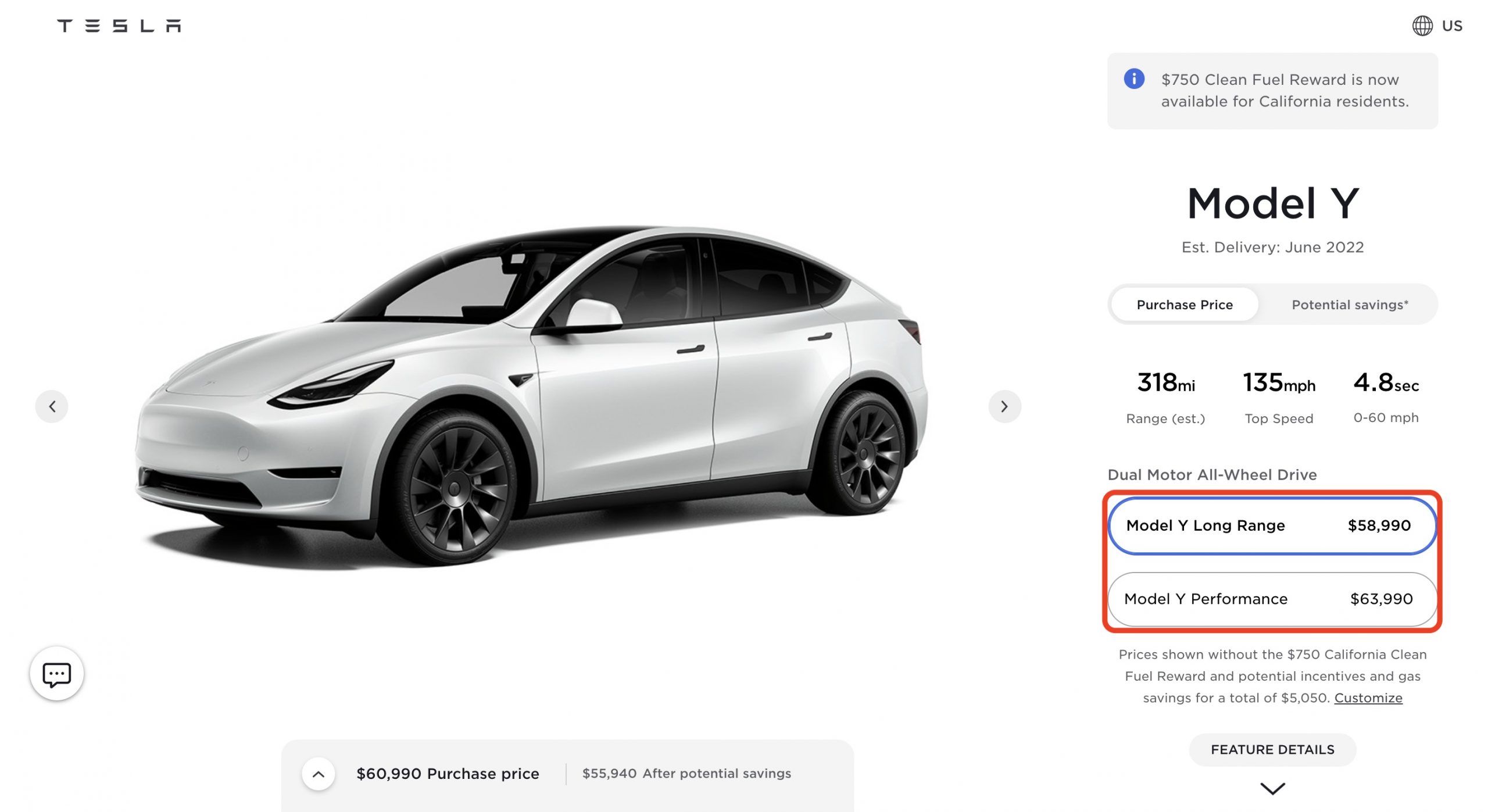 Tesla Model Y gets $1,000 price increase as delivery estimates get later into 2022

Before the recent price increase, the Tesla Model Y Long Range was priced at $57,990 before options, while the Performance variant was priced at $62,990 before options. Tesla raised the Model Y and Model 3’s price by $1,000 just last week. The most recent price adjustment marks the second time Tesla raised the Model Y’s starting price in November.

The recent price increase for the Model Y hints that Tesla is still dealing with cost pressure in its supply chain. The pandemic has caused supply chain challenges for many companies this year. CEO Elon Musk mentioned this in the 2021 Annual Shareholder Meeting.

“Our goal really is to make the cars as affordable as possible. We are seeing significant cost pressure in our supply chain, and so we’ve had to increase—at least temporarily. But we do hope to actually reduce the prices over time and make them more affordable,” Musk said.

The base Model Y officially sold out in China earlier this week. The estimated delivery date for the base MIC Model Y is 10-12 weeks, around mid-January to early February 2022. Recent pictures online suggest that Gigafactory Shanghai is preparing to ship another round of Model Y and Model 3 exports to foreign territories as well.

Tesla Model Y gets $1,000 price increase as delivery estimates get later into 2022