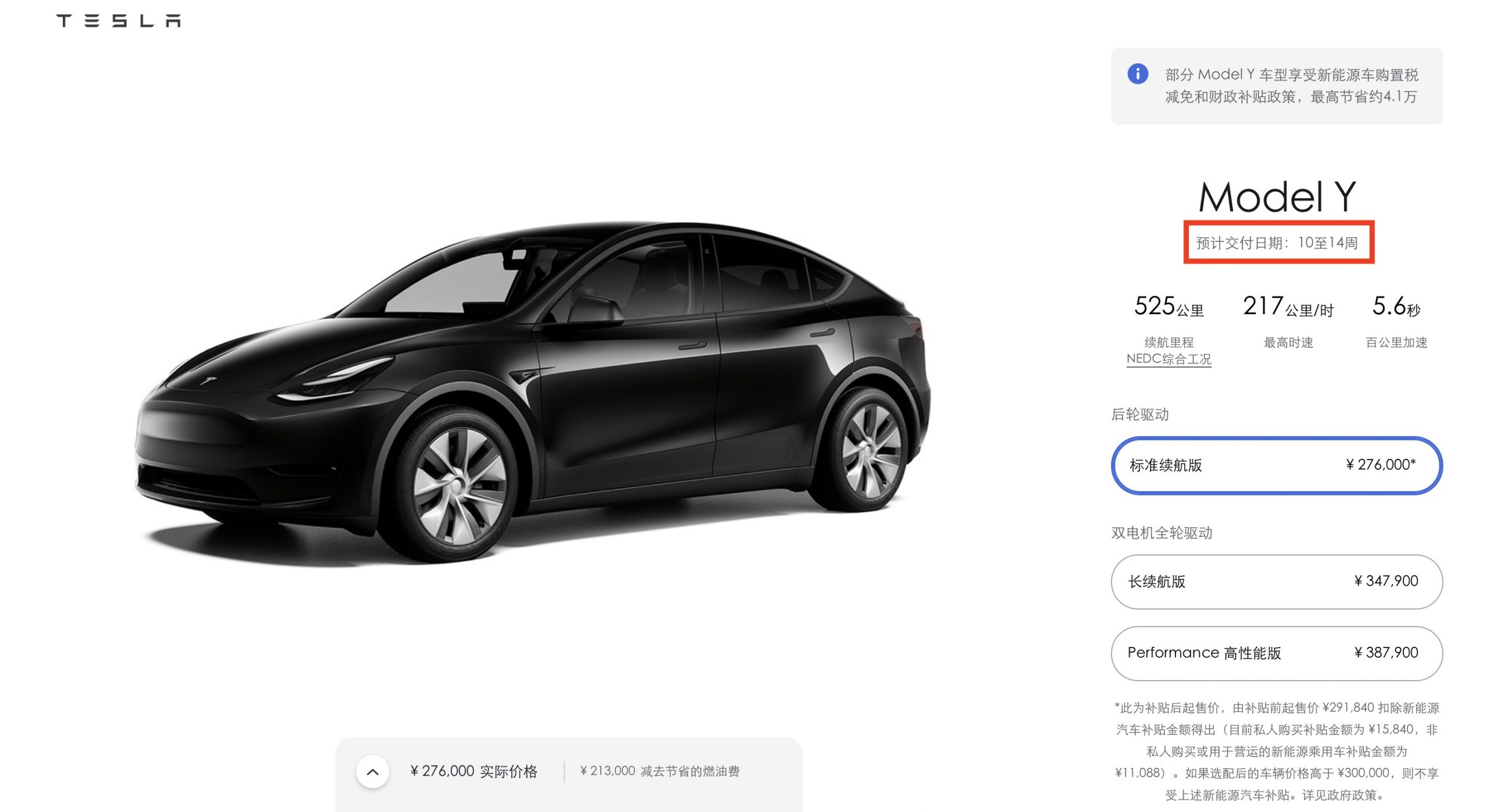 The Tesla Model Y Standard Range is officially sold out in China for 2021. Last week, the Model Y sold out in the United States for the rest of the year, revealing the strong demand for Tesla affordable crossover.

According to Tesla China’s order page, the estimated delivery date for the Model Y SR+ is 10 to 12 weeks, putting it squarely into 2022 territory. Just last week, the delivery date was listed at 6-10 weeks, either around late December 2021 or early January 2022.

2022 will be a big year for Tesla and the Model Y as Giga Berlin and Giga Texas will steadily ramp production throughout the year. Tesla’s Gigafactories in Germany and Texas will significantly increase the EV automaker’s production capacity and greatly impact its delivery numbers in 2022.

In particular, Tesla Giga Texas and Giga Berlin will kick off operations with the Model Y. Giga Berlin could decrease delivery times for some Model Y variants in Europe and smoothen transactions in the region.

Tesla aims to produce Model Y units with structural battery packs and 4680 cells in its new Gigafactories. Equipment for the 4680 production line already arrived in Giga Texas, and Tesla seemed to spare no time installing the machines.